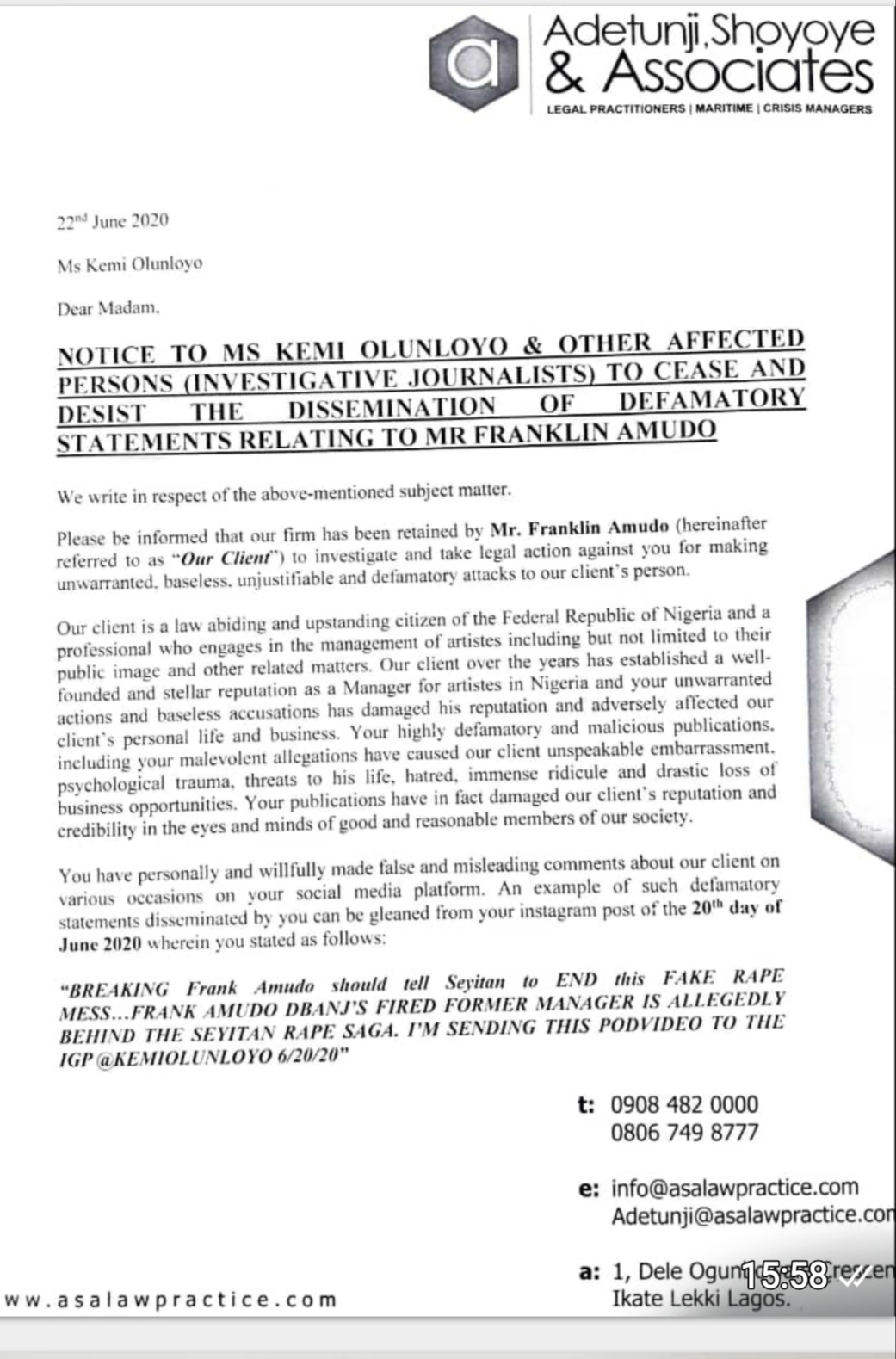 Franklin Amudo, former manager of music star D’banj, has taken legal actions against blogger Kemi Olunloyo’s. The latter had accused Amudo of being behind the rape allegation leveled against his former artiste.

Amudo’s solicitors are warning Kemi Olunloyo to refrain from what they termed “dissemination of defamatory statements” relating to their client.

“You have personally and willfully made false and misleading comments about our client on various occasions on your social media platform,” the notice reads in part. 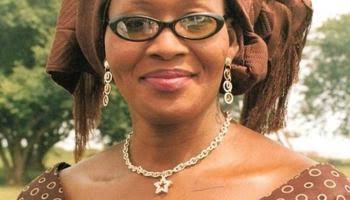 About two weeks ago, a lady named Seyitan accused pop music star, D’banj of raping her in an hotel. She alleged that the singer invaded her room while she was sleeping with a spare key and raped her. 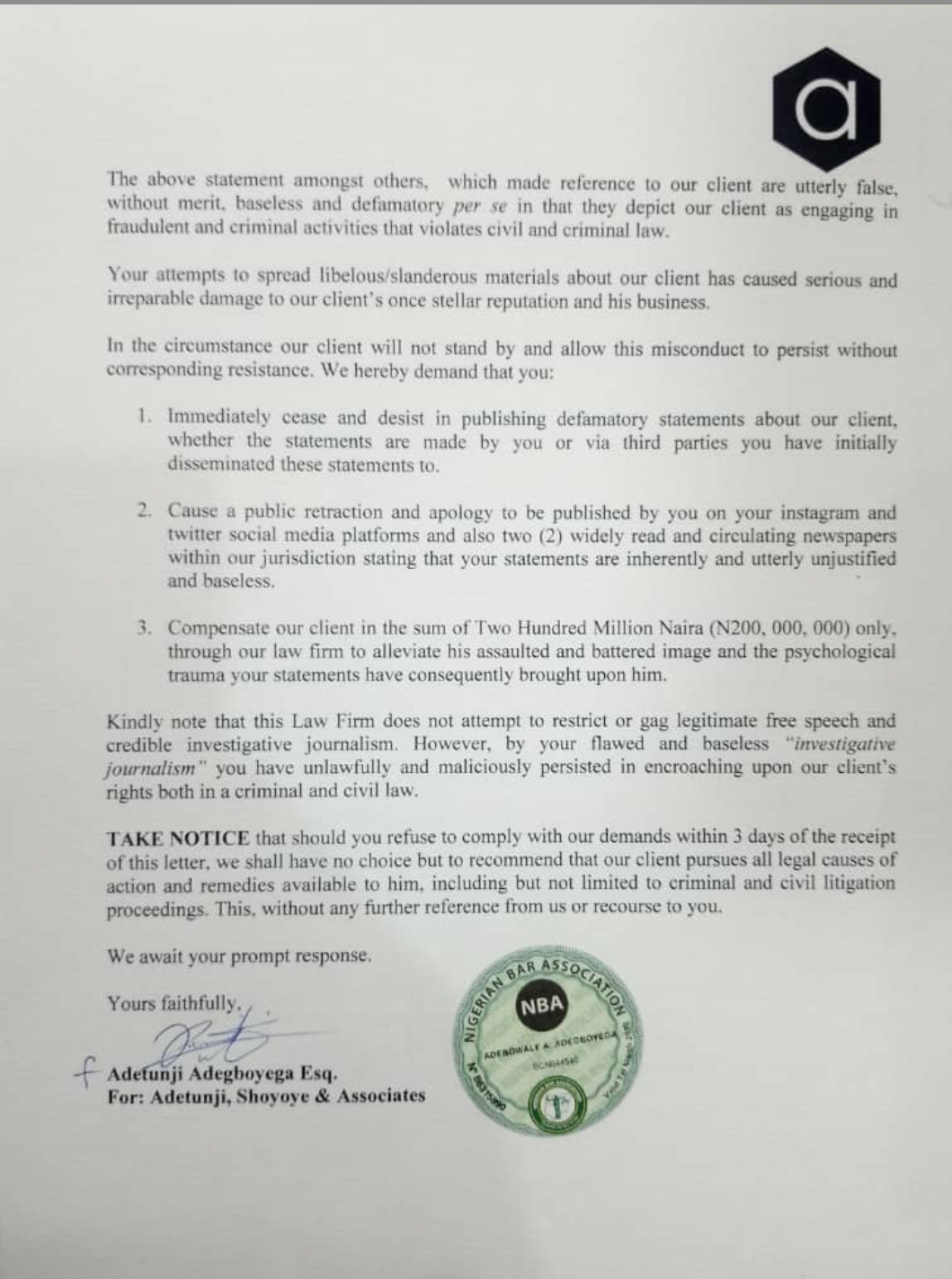 A few days ago, D’banj described the rape allegation as tissue of lie from an attention seeker.