In March 2020, just after the lockdown was in place across Nigeria, I squeezed my self and got some money together. Some friends of mine also rendered a helping hand . We bought 250 bags of 50kg rice, some semovita, wheat and spaghetti . We added 500 tubers of yam from my farm in Uke, Nasarawa State and took to Ekiti State. 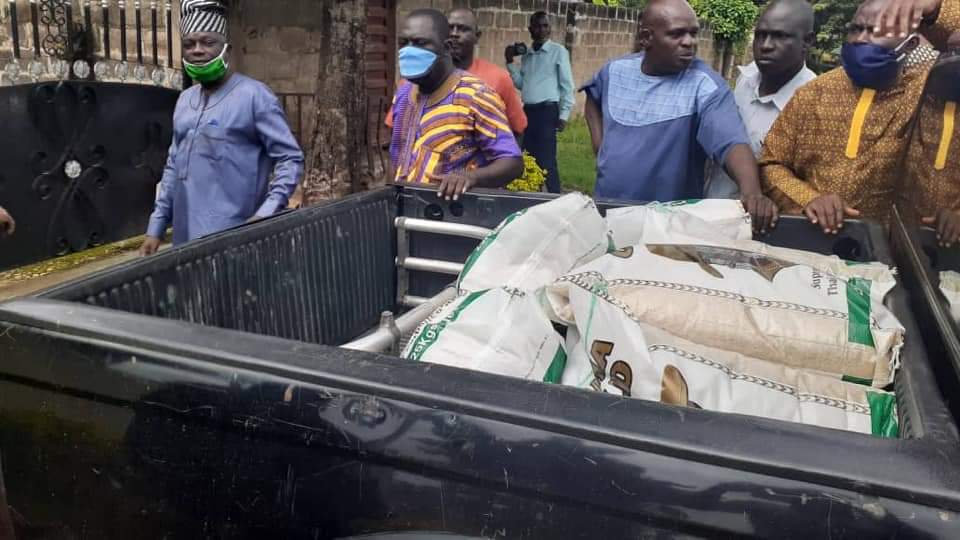 It was shared to people across the state and they were very happy and was well appreciated by beneficiaries. I gave strict instructions to my aides not to publicize this. After all, this was not unusual. It is an act of charity, which every good public official and Moslem is enjoined to do by our Holy Books.

Fast forward to early June. I granted an interview criticizing the governor for running a single man government in our state and for underperforming. The next thing was pressure on my Ward Executive to remove me from the party. Of course they resisted, saying I have not done anything to warrant it. They are still at it arm twisting the poor folks in the Ward who unfortunately are my kinsmen.

This morning at 10.30 am thugs led by the Ekiti State Vice Chairman of the party, Mr Sola Elesin, arrived at my house, assaulted my guard, broke the lock to the premises and dumped 13 bags of 25 KG rice. Like that really represented what was given to an entire state in March. 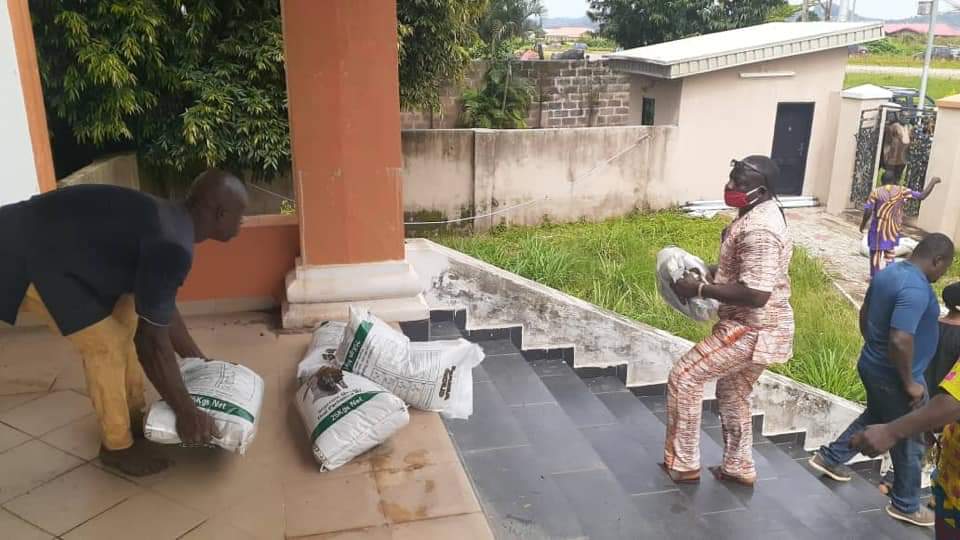 Stupidly they recorded their invasion and assault and celebrated it on social media. We got intelligence about this yesterday, and put the story out hoping they will be dissuaded. Alas they were not! Is this what has become of our state under Governor Fayemi? A state where a contest of ideas must descend into contest of foolery?

My aides in Ado Ekiti have reported the incident to the police and made statements. I have asked that the pittance of a joke of rice they brought be given to the needy in the town.

Let me just state here that this assault will not stop anything. I will continue to say the truth and demand that the resources meant for the people be spent on the people and nothing else.
My surprise is that the man who sent them knows and should have informed himself I am never flustered by this kind of gangsterism. Not even the military could break me not to talk of a tin god on crutches.

This is a democracy. It is incumbent on us all to continue to hold our governors to account and not BUHARI this, BUHARI that. Let the billions in allocations be spent on the people. Let us stop diversion of Federal Government palliatives to be sold in Lagos by cronies.

Let the unexplainable of use of state resources to charter private jets weekly to Abuja stop. Our scarce resources must be spent on good roads, good hospitals and clean water not on scam projects like an airport to no where.

It is time to do what is right and no amount of intimidation can stop that. God bless Ekiti and all that swell therein. God bless Nigeria.