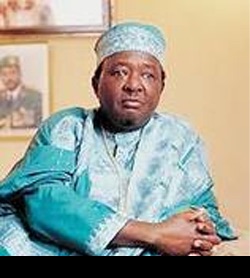 The Oonirisa of Ile-Ife, Osun state, Oba Okunade Sijuwade has been in the news in recent weeks and this is for obvious reasons. He’s said to have taken an active part in the now controversial blessing of President Goodluck Jonathan by Osun state royal fathers which took place right in his Ile-Ife palace weeks back which of course is still generating heated arguments among Nigerians home and abroad most especially politicians. While some people commended Ooni for the move because its been seen by them as a move in the right direction, others condemned the act saying President Jonathan has bribed the highly influential traditional ruler.

And in a move that can be termed as dramatic, some traditional rulers in the same Osun state have come out to deny any involvement in the saga and even frowned at the whole arrangement as being championed by the highly respected monarch.Read more in Global News