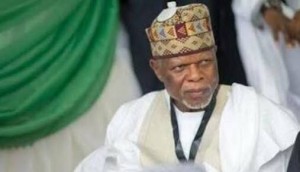 On resumption of office, President Muhammadu Buhari ordered that all federal agencies and parastatals must remit money in one single account known as the Treasury Single Account (TSA). This decision of the Presidency met with diverse criticisms from Nigerians. Some believe it is a means of checking financial fraud and curbing corruption in high places while other segments are of the view that it will not work in the Nigerian system. The TSA which commenced last month is now negatively affecting some government agencies. Among those feeling the heat as at now are workers of the Nigerian Ports Authority (NPA). The TSA system, according to reports reaching Global News, is really taking a huge toll on the maritime workers, most especially those of the NPA as they are yet to collect their salaries. We gathered from reliable sources that the NPA had not in any way owed its workers in the past years and this would be the first time such unfortunate thing would happen to the agency’s workers.
For the benefit of those who don’t know the TSA, it is a unified structure of government bank accounts enabling consolidation of government cash resources. It is a bank account or a set of linked bank accounts through which the government transacts all its receipts and payments and gets a consolidated view of its cash position at any given time. But laudable as the initiative may be, certain government agencies, which are considered to be service agencies are exempted from the TSA.
A top management staff of the Nigerian Ports Authority (NPA) under the condition of anonymity said that the TSA implementation is already having a negative toll on the authority’s operation as it has been unable to meet some of its core responsibilities. “Ordinarily, an organisation like NPA should have been exempted from TSA the same way NNPC and a few others were exempted. We are a service agency. NPA has a lot of responsibilities including daily maintenance and cleaning of the port, ensuring port hygiene, servicing vessels and other crafts, providing marine services, port lighting and meeting our responsibilities to concessionaires. We are a self-funding commercial entity and should not have been mandated to operate the TSA. If government does not exonerate us as soon as possible, the ports may be grounded and the economy will suffer for it,” the NPA management staff said.
The source said that in the past, NPA had been exonerated from complying with such directives, adding that the situation in NPA has become worrisome as even salaries for the month of September have not been paid.
“This has never happened before. It is unfortunate that this directive is putting the organisation in a very difficult situation,” she added.
The tale of woe spreads across other maritime agencies including the Nigerian Shippers’ Council, Nigerian Maritime Administration and Safety Agency (NIMASA) and the National Inland Waterways Authority (NIWA).
A senior staff at the Nigerian Shippers’ Council, NSC, who also does not want his identity disclosed, said that the TSA directive is already taking its toll on the NSC. “We are not a revenue-generating agency but already this order has virtually crippled our ability to execute the mandate given to us by the same Federal Government,” he said. Already, maritime lawyer and Senior Advocate of Nigeria (SAN), Mike Igbokwe, has dragged the Federal Government to court challenging the inclusion of the maritime agencies in the TSA implementation. In a suit filed at the Federal High Court, Lagos, on behalf of an indigenous shipping company, Elshcon Nigeria Limited, Igbokwe contends that the directive to maritime agencies to pay their revenues into the TSA and Consolidated Revenue Fund will impair their operations and adversely affect the discharge of their duties. Igbokwe said that the plaintiff would seek an order restraining the Federal Government from implementing the directives pending the determination of the case, which has been assigned to Justice Ibrahim Buba.