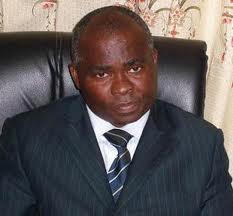 A Nollywood actress, Judith Ezeonye Idu has called the Pastor and Founder of The Lord`s Chosen Charismatic Revival Ministry, Pastor Lazarus Muoka an anti-Christ for hypnotizing his members and deceiving them into parting with their hard earned resources in the name of receiving miracles.

The actress who recounted her ordeal with Pastor Muoka said she lost everything she had ever worked for to the pastor while she was a member of the church.

She however denied stories which she alleged were being sponsored by the church to discredit her following her revelations about the workings of the Pastor. A publication allegedly sponsored by the church, Society Watch magazine, in its September issue wrote that Judith Idu was a prostitute who also bought a baby boy at the a price of N50,000 in a bid to please her husband who wanted a child from their union. Speaking at her Ijesha Expressway shop recently, Judith said: “The whole story is coming out of The Lord`s Chosen Charismatic Revival Ministry, the church owned by Pastor Lazarus Muoka. That is a man who called himself a servant of God and who I once worked with for more than five years. I was very close to him and his wife. So how can a man of God do what he is doing, telling the whole world that I was once a prostitute and that I bought a child, a boy, for N50,000?”

Narrating how she became a member of the church, Judith told our reporter that she joined the more than two decades ago and started the idea of overall apron which the members wear to advertise the church and its programmes: “I came to the church in 1990 and started that Apron the members wear. I was in the church until I found out all the atrocities [committed by Muoka]; telling us one thing and doing another thing. And when I left, Muoka started to threaten my life. He has sued me and is claiming one billion naira libel from me. Festus Keyamo is my lawyer.”

She continued: “I met my husband in 1985, married him in 1992 and gave birth to our first child in 1993 but lost her to death. And another came in 1995 and also died. But I have two girls now. We had our last child in 2011. I was a footballer and a woman leader at Berger where they sell tokunbo cars aroundWharf Road. Let Nigerians investigate if I have ever been a prostitute before or if I ever lived in a hotel. I lost everything when I went toChosen. I tell you, Muoka is a deceiver. Since I left the church I am now lively. For Muoka to put me in his paper that I bought a child and that I was once a prostitute, I do not know if this was when I was in his church serving him, or before I met my husband who, like I said before, I met in 1985. For four years and eight months I lived with Muoka. I don’t have a baby boy. My children are two girls. If he knew where to buy such at that price, I would like to buy because I need a boy. Can Pastors Kumuyi and Adeboye do what he is doing, saying these things against me and taking me to court? Let CAN and government look into this matter.

“I was rich before I went toChosenbut now I am begging. Imagine people are in his church from morning till night doing nothing. He is obtaining them, carrying our money toLondonandAmerica, building houses. All his children are inLondonand people are here dying of hunger. Since I left his church my life has changed. How can a man of God charge me to court for kidnapping and murder just to frustrate me out of life, just to go back to him? I prefer to beg with a plate than go back toChosen, for Chosen is a slave camp. I am the founder of that Apron; the cost price is N150 but they sell it N5,600 to members. I used to make money for him; I know his secrets and God will surely expose him. Muoka is an anti-Christ; he is not a man of God. How can a man of God be going to court and police? Even if I were a prostitute, is it good he puts it in his paper and be selling it?”

“Imagine someone who calls himself a man of God suing me for N1 billion at the High Court, Igbosere. He sued me and my husband on different charges. I am crying to Christians all over the world and to Nigerians: is it a crime to leave him after serving him for seven years? Am I the only woman inNigeria? Let him look for another person? I am married. Muoka is fake. Most of what he does is magic. He puts me in his paper that I was mad for five years and that he cured me. He is a deceiver. Chosen is like another prison,” she thundered.

But in a swift reaction, the Public Relations Officer of the ,who gave his name as Pastor Chidi, denied that the church has a hand in Juliet`s woes with the Society Watch magazine. He told us the church’s position on the matter: “That paper did not come from us. The matter is even in court and I am not supposed to comment on it otherwise I would be going against the order of the court.

“The court bars us from such comments; that was why I asked which paper you write for. That was why I said let me see you, and let me know you.”

Rhetorically, the church’s spokesman asked our reporter, “Did you read it? Do you have a copy? It didn’t originate from us. Is this the lady? But this one does not resemble her but this other one does (pointing to a copy of the magazine before him). She should sue them na. It is not from us. It has nothing to do with our church o. Yes, we have three or four cases against her. The case that should come up the day before didn’t hold (referring to one of the court cases). I do not know anything about the baby issue. If any publication is going out of this church I must know about it. It is not a publication of this church. There is nothing like Society Watch among our publications. If we want to talk about her or anybody we have means to do that. We have even the major newspapers; there is no editor you can talk of, ask of me they will tell you. So if I want to take her public I know how to do that. I have friends everywhere. Even if she wants to write, she cannot go to the major newspapers because the editors will call me. If I want anything about her published I know where to go to, and we also have our internal publications, three or four of them. There is nothing like Society Watch in our publications. Maybe some of our people who are just overzealous publish it and people buy it. I am not saying that some of our members could have done it. They can go to a paper with such stories but it is not authorized by our church. Where is the paper? I am interested in it,” Pastor Chidi concluded.

143 thoughts on “Another Ex-Member Exposes Pastor Lazarus Muoka -Says, He is Anti-Christ And Fake, Her Case Is In Court – Mouka’s Spokesman”