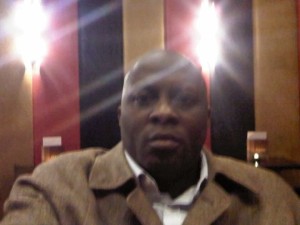 Love is in the air, and this time around it is between two London-based Nigerians, Kayode Lanihun and Jessica Onadipe. For those who don’t know them, let us do little introduction of the duo. Kayode is one of Nigerian socialites living abroad. In the early ‘90s he along with his brothers Kayode and Gboyega ruled the social scene like a colossus and they were then a toast of many musicians who sang their praises to high heavens because they had loads and loads of many to spray.
Jessica, who is also known as Dunni, on her part is also a property merchant who helps Nigerian politicians and elites to buy properties in London and her company’s name is Prestige Capital Properties based in the highbrow area of Chelsea in London while she drives around town in a customized 2015 Range Rover vogue limited edition.
Right now the duo are said to be an item on the London social parties and events and they seem like inseparable holding hands like those who just found love. The duo are in their late 40s and they are both married but there is rumour in town now that Dunni is now separated from her lawyer husband named Tijani after 25 years of marriage.

Kayode on his part is legally married and he shuttles between London and Abuja where his wife and children reside. Though our source clearly disclosed that there is nothing like marriage on the table between the two lovebirds, who knows if God says they are going to be husband and wife in future nobody can stop it.