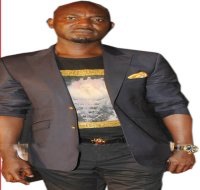 City businessman Ade Adelakun popularly nown as Ade Lexus is known to many in different ways. Some see him as a cool businessman while others see him as society big boy and one of the happening guys in the Lagos social scene but what many people may likely not know about him is his passion for married women.
What many cannot easily come to terms with is his lust for those who are legally married when there are young girls all around who are always ready to date a big boy for free and especially when Ade himself is happily married.
Those who know claimed that Ade Lexus’ relationship with the late sister of a South-west governor was partly responsible for the breakup of the union between the once-happy couple who were staying very close to him somewhere along Oko-Oba area of Lagos. Though many people attributed the breakup of the marriage to the feud between the sister and her governor brother, those who are in the know claimed that the husband was for long getting sick and tired of his wife’s relationship with Lexus and had warned the lover boy on several occasions to end his relationship with the wife.
During the inauguration of the governor in 2003, Lexus was among the Lagos socialites who graced the occasion on his account of the relationship with the governor’s younger sister.
Lolade is also biting her fingers now because her marriage with her Ekiti politician contracted in 2013 has also packed up due to what an insider said about her friendship with Lexus. Those who are in the know claimed that Ade and Lolade used to enjoy amorous relationship long before she met the Ekiti gubernatorial aspirant.
However, after the wedding ceremony this magazine learnt that the two lovebirds still found time to see each other which the husband got to know about and when he couldn’t take it any longer he called off the marriage but unknown to many who didn’t know why the marriage packed up, it was said to be irreconcilable difference between the husband and wife.
Though Lolade has since moved to her parents’ house somewhere in Ikeja GRA, she is not a happy woman as the husband is still in doubt of the paternity of the only child of the union.
The story of Jennifer is a bit different from the other women whose marriage collapsed due to their relationship with Ade Lexus. Those who know about the relationship squealed that the London-based husband of Jennifer got wind of the relationship and since he didn’t want his marriage to collapse, he rushed back to Nigeria to ferry his wife back to United Kingdom.
There is another woman based in Canada popularly known as Iya Ibeji who is doing everything possible to save her marriage since the husband has got to know about the unholy relationship between her and the boss of Advic Motors and he is said to looking for more evidences to nail the duo before he decides on the next step whether to still keep his wife or call it quits with her.
These are part of the numerous cases involving Ade Lexus and her numerous married women and you are sure to read more from here as events unfold about his sexcapades.