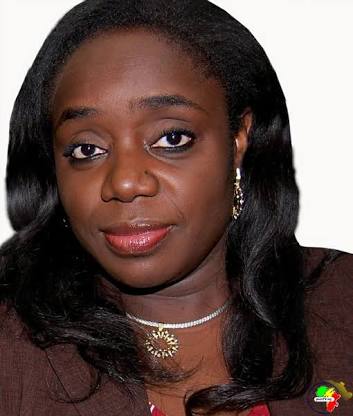 Nigerians have angrily reacted to the news of the budget presentation by the country’s number one man. Unbelievable as it may sound, the figure to be spent on fixing the mess the country is presently in is a staggering 7.3 trillion Naira according to the President Mohammad Buhari just as the budget of 2016 has failed to bring the country out of the doldrums.President Mohammad Buhari whilst presenting the 2017 budget to a joint session of the National Assembly was quick to say the gargantuan size of the money earmarked for capital projects in the budget will kick start the economy and spur its growth but in a quick reaction to the promises of the budget, many Nigerians have expressed concerns over the ability of the 2017 budget to turn their fortunes around because the 2016 budget which the present administration used to calm the nerves of Nigerians earlier in the year have failed woefully as the masses have not fared better compared with the days of the immediate past administration.According to our news reporter who went to town to feel the pulse of the people concerning hopes raised in thebudget, many Lagosians and indeed Nigerians in all walks of life openly lambasted this administration about how they promised to better the lots of Nigerians with the 2016 budget but how same achieved nothing.And apart from these aggrieved Nigerians, many economists and financial analysts have said the present government needs to tackle the economy of Nigeria head-on by doing the needful. Many of them though welcomed the budget but they pointed out that for the budget to deliver the government of the day has a duty to put in place good economic policies, and good economic drivers that will come up with a sound economic policies that can steer us out of this ugly situation.The 2016 budget which was mired in controversy from day one when it was discovered to have been padded with billions of naira and which took the presidency and the National Assembly unnecessarily longer than necessary time to be ratified failed to positively impact on the Nigerian masses despite its many promises. Although the ruling All Progressive Congress (APC) party and indeed the economic eggheads of President Buhari have attributed the failure of the budget on the unforeseen fall in the prices of crude oil, the vandalization of our pipelines by Niger Delta militants and the high foreign exchange rate among other factors.However, many economic experts and international organizations have picked holes in the 2016 budget right from the outset by highlighting other indices the government have overlooked in coming up with the failed budget. Many Nigerians would recall how these experts talked about how to get right the benchmark interest rate, the need to boost growth through tax cuts, spending on capital projects amongst other things. True to there forecasts, the Nigerian economy’s scorecard in the year 2016 is in the negative; the economy is far from recovering based on a new data from word renowned economic agencies. The most recent data on all economic indices suggests the country is heading for a triple-dip recession before quarter two of the year 2017. This is sad and unfortunate for a country with enormous human and natural resources like Nigeria.According to a university don in one of the top ivory towers in a Southwest State who spoke to Global News immediately after the budget presentation by the President,the government must stop paying lip service to the issue of economic recovery of this country. The erudite scholar painted a gloomy picture for the country’s struggling economy in 2017 because the government is yet to do the needful. The revered Professor of Economics angrily retorted to a question posed to him by our correspondent by saying, “to say that the presentation of proposed 2017 budget is a sad reminder of how successive governments in Nigeria have over the years re-wired the psyche of Nigerians from that of right-thinking Homo sapiens ,is in all honesty, to say the least. Nigerians have lost their sense of propriety with the way the people in government run our lives. It has turned us to hopers of a forlorn hope in a seemingly hopeless situation. Can you now see the hopelessness of a hopeless hopers”?