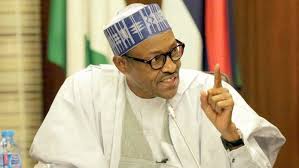 My column on the back page of the Nigerian Tribune on Saturday. My column will no longer appear in the Daily Trust. I’ll write about that when I get a moment. Snippet: “In my October 6, 2018 column titled “Three Reasons You Should be Worried about 2019 Elections,” I pointed out that “You don’t need special prognostic powers to know that the 2019 elections will be fraught with frightening fraud.” President Buhari’s refusal to sign the Electoral Bill is conclusive proof that the 2019 election would possibly be one of the worst electoral heists in the history of Nigeria.

It is precisely this unsettling prospect that makes the signing of the peace accord by presidential candidates comical. The surest guarantor of peace isn’t an empty, symbolic peace accord; it’s a legally binding, institutional guarantee of a free, fair, and transparent electoral process, which the electoral bill that Buhari has rejected embodies.

Among other provisions, the electoral bill makes the use of card readers with biometric data mandatory for voting. This would have eliminated age-old electoral malpractices like multiple voting, “ghost” voting, and underage voting. The bill also makes real-time, on-the-spot transmission of election results obligatory. Again, this would have provided a safeguard against ballot stuffing, vote swapping, and other stratagems of post-voting manipulation. These are obviously scary provisions for a potential rigger.

Buhari’s rejection of the bill is particularly intriguing because an analysis of the 2015 presidential election result that Buhari won by fewer than three million votes shows that he benefited from the absence of these electoral safeguards. According to TheCable of December 8, 2018, “At least 13.5 million Nigerians voted manually — without biometric accreditation — in the 2015 presidential election, according to data from the Independent and National Electoral Commission (INEC). The data, obtained by DeepDive Intelligence, shows that President Muhammadu Buhari, then candidate of the All Progressives Congress (APC), won in nine of the 10 most-affected states….

This seems to be the most probable reason the president is scared of a truly fair and transparent electoral process. Insistence on biometric data for every voter will expose his phantom voters and frustrate his rigging plans. The five million voters Governor Abdullahi Ganduje of Kano promised him will not materialize if there is an insistence on a biometric corroboration of the identity of every voter. I thought the president and his supporters often brag that he is “popular” and unbeatable. If he truly is, why is afraid of real, verifiable votes?
Well, I know why. The game is over for Buhari. He and his minders know it. The tide of popular opinion in the places that matter is shifting inexorably in the direction of Atiku, not because of who Atiku is but in spite of who he is. He is a beneficiary—an undeserved one, I would add—of Buhari’s unacceptable and intolerable ineptitude.

As it stands now, it is entirely plausible that Atiku will win at least 45 percent of the Muslim north, which used to be Buhari’s exclusive political territory. Atiku’s Fulani and Muslim identity is huge factor in diluting Buhari’s monopoly of this voting bloc. Recall that the late Umar Musa Yar’adua had the same effect on Buhari’s near monopoly of the Muslim north. Buhari wins the vast majority of this bloc only when his opponent is a southern Christian.

Most critically, though, Buhari has lost the support of critical opinion molders in the region, will lose the entirety of the Shia Muslim vote (which is way more significant than many people can be persuaded to believe), and has lost the confidence of millions of traumatized and disillusioned people in the region. I saw a viral video of a crowd of people— in what people say is Kano— wildly dancing and singing to a song with the lyrics, “Buhari ne barawo!” [Buhari is the thief!]….

Buhari has also lost a lot more ground in the southwest than he has gained since 2015. This is important because he defeated Jonathan in the region by only 611,779 votes in 2015 even with the support of Bola Tinubu and the political establishment of the region. Given the mass cynicism that his lackluster, inept, and undisguisedly nepotistic administration has inspired throughout the nation—and the massive loss of political capital that has attended this—Atiku will more likely than not win more than 45 percent of the southwest vote.

The Christian north is another critical voting bloc that Buhari did well in in 2015 (for the first time since he started running for president in 2003) but that he will lose in 2019 in a free and fair election. For instance, after his deceitful deodorization by American PR experts, he won the predominantly Christian Benue State and lost Plateau State to PDP by only 120,475 votes, his best ever. Contemporary mainstream public opinion in the Christian north is that Buhari has lived up to the worst fears they had had of him, which effective PR had caused them to suspend.
Atiku will, of course, win more than 70 percent of the southeast and the southern ethnic minority bloc. So it’s obvious that 2019 would be a blowout for Atiku. That’s why there’s frenzied, transparent panic in Buhari land. The only option left for Buhari now is to rig himself back to power. That’s precisely why he has refused to sign the electoral bill…