Since the arrival of the New Year is being celebrated all over the world, Nigerian pastors, in what has become their tradition, have released series of prophetic messages for the year 2018. While some loyalists of the pastors believe in the messages; many Nigerians who took to social media knocked the pastors, labelling many of their so-called prophesies mere assumptions and permutations.

The social media commentators also cited many examples of failed prophesies from many of the pastors, while concluding that a lot of them lack the credibility to make prophesies and expect Nigerians to believe them.

It is also argued in some quarters that how come the yearly prophesies are usually negative. It is also queried that some of the prophesies consist irrelevant messages. For instance, social media pundits mocked a pastor who gave prophesy on the Kardashians. They said he (the pastor) must have been a fervent fan of E! (a celebrity channel owned by the Kardashians) to be familiar with their affairs.

Below are excerpts from some of the prophesies we tag the good, the bad and the ugly: 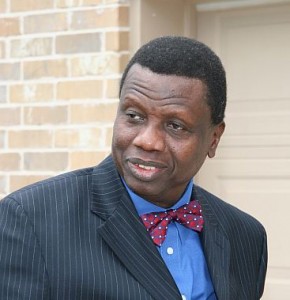 INTENATIONAL: 1. This year, there will be less fire outbreaks but there will be more floods! 2. There will be misunderstandings among nations but no major war! 3. Pray against assassination attempts globally. 4. There will be record breaking temperatures, both High and Low. 5. There will be a handful of breakthroughs both scientific and medical this year. 6. The countdown to the end has started.

NIGERIA: 1. Significant “Goliath” would fall! 2. Before the end of the year, there will be rays of hope; that all will still be well!

INDIVIDUAL: 1. Erstwhile stubborn mountains will move! 2. Many people will wake up to realise that their future is not in the hand of any government, and as a result, a lot of lost grounds will be reclaimed! 3. Saboteurs will be disgraced and displaced! 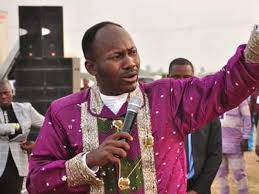 2. Year of serial bombings in Nigeria

5. A new strategies of killing perceived, political enemies in Nigeria will arise

6. Wildfire outbreak in an American state

7. Manhunt for Ekiti state Governor by the Federal Government of Nigeria

10. President Buhari to be flown abroad on emergency

13. Bola Tinubu to have public showdown with President Buhari

15. Political blackmail to be on the rise

18. EFCC boss to have major setback

19. Nollywood, new stars to take over

21. NAFDAC to pray against fire disaster

22. Senate President to be harassed and embarrassed. Many publications and threatened arrest

23. DSS boss, to attend to his health

24. Fresh charges against Abubakar Atiku and friends to be embarrassed

25. I saw major bombings in Egypt

26. Attempt on the life of Chief Femi Fani Kayode’s wife

28. Atiku’s men will betray him

32. Ibe Kachikwu to be removed and replaced

33. NTA to pray against losing a top boss

34. Shoprite Lagos to beef up securities, I see a major raid.

37. Let’s pray against train accident. I saw a train going out of the rail

38. I saw the naira gaining relevance

39. I see a new political party that will divide APC and PDP

41. I see serious politics against Osibanjo

47. Goodluck Jonathan should pray not to be bereaved

48. Nnamdi Kanu to be embarrassed both locally and internationally

49. God will give people good health and there will be cure to incurable diseases

50. I see a group rising in the North and asking for their own nation. It’s political 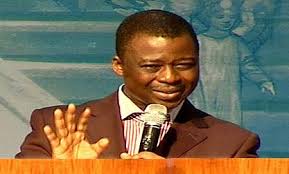 1. This is a year where bondage will be repackaged and reloaded.

2. This is a year where the pestle will defeat the mortar

3. There will be terrible attacks on several marriages this year and the family that prays together, stays together.

4. There will be wild and merciless striking of infirmities this year.

5. Spiritual weakness will be a tragedy this year.

6. It’s a year where it’s either you fight or you perish.

7. It’s a year of deliverance from long time bondages.

8. There will be a demonstration of Gods power this year.

10. Many will overcome their generational bondages

11. It’s a tragic year for those with Absalom’s spirit

12. There shall be disgrace for the strong man of terror and fear this year.

13. Anger from Heaven will bring to an end shameless and perverse leaders and nations.

14. Many who live a holy life will be empowered to rewrite their family history

15. It’s a terrible year for Ahitophel and Gehazi ministers

16. Plenty of yokes of barrenness will be broken

17. Wasting powers planted in some young people will manifest

19. It’s a year of get double left-leg, the animal will pursue the hunter.

21. A year of masquerading captivity

22. Regular practice of personal deliverance will yield benefits this year.

23. Laziness in prayer this year will cause havoc

24. There will be stings from strange insects

25. Nations against God will face Judgement.

26. There will be an acidic rain of generational bondages

27. God will raise non-compromising agents of redemption and deliverance

28. Judgement on spirit of disloyalty this year

30. We need prayers against scientific witchcraft

31. It’s a rough year for alcoholics

33. Learn to cast your net on the right hand side

35. A year of great fall for corruption

36. A year of divine sidedness positively and negatively

37. A year of strange changes physically and spiritually

38. A year where Global Economic down turn will be prevalent save for prayers

39. God will raise up radical prophettesses this year

40. There will be a rage of emptiers and wasters for the rebellious this year; youths should be careful

41. It’s a year of horrible disgrace for those who deal with hard drugs and live a care-free life

42. Those who bank with God shall reap great reward

43. Discernment is highly essential this year, personal development is necessary

44. There shall be political confusion and personalities against this nation shall destroy themselves.