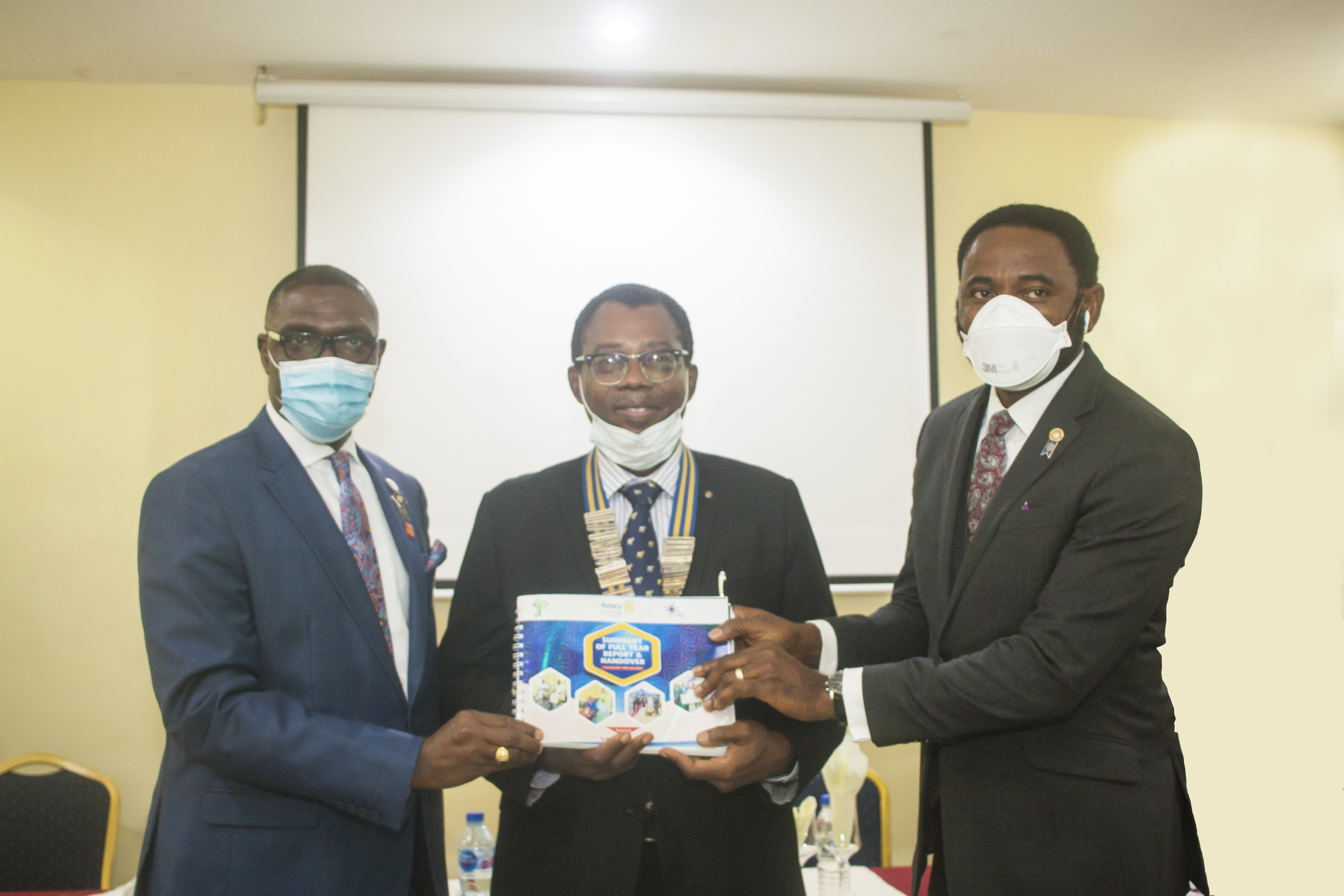 Rotarian Oludotun Lampejo has emerged as the President of the Rotary Club of Ikeja for the new Rotary year, 2020/2021 which commenced July 1st, 2020.  He took over from Rtn. OIumuyiwa Fagbola; President for the 2019/2020 Rotary year.

Rtn. Lampejo’s emergence as the Opportunities President of the Rotary Club of Ikeja coincided with the club’s recognition as the 2nd best overall in District 9110, during the out-gone 2019/2020 Rotary year.

The club also during the outgone year, renovated a block of Classrooms at the Ikeja Junior High School, donated food items to the Internally Displaced Persons in Igando, fellowshipped and presented gifts to the in-patients of  and medical equipment to the Lagos State University Teaching Hospital, LASUTH , donated sanitation materials to Obada Ipodo Community Market Association, Ikeja,  advanced micro finance to the Isolo Community Market Traders  and also donated a water borehole to the Nigeria Army Cantonment Ikeja with a 5KVA Generator for its operation, among others.

While delivering his farewell speech, Rtn. Fagbola expressed appreciation to his 2019/2020 Board as well as members of the club for their support, adding that he was glad that the club excelled in the six areas of focus of the Rotary International, which are Peace and conflict prevention/resolution, Disease prevention and treatment, Water and sanitation, Maternal and child health, Basic education and literacy as well as Economic and community development.

He also appreciated some members of the club for their unwavering support during the 2019/2020 Rotary year, and some of the awardees were District Treasurer, Rtn. Olaitan Ojuolape; Past President, Niyi Adelaja; Rtn. Sola Akinsiku, Rtn. Kayode Shittu, Rtn. Chuks Ebede, among others.

Dotun Lampejo is the Managing Partner of Lampejo Solicitors, a commercial law practice.

Born 4th January 1960 at Birmingham United Kingdom, the Opportunities President attended Lagos Baptist Academy for his O Levels, Federal Government College for his A levels and graduated with an LLB Degree in law in 1983 at the University of Lagos.

He was called to the Nigerian bar in 1984 after which he went into active commercial legal practice.

Rtn. Lampejo is a Solicitor with dual qualifications as a Barrister and Solicitor of the Supreme Court of Nigeria, England and Wales, having also qualified and registered to practice law in England.

Married to Nike with a daughter, he has served on the Board of Rotary Club of Ikeja as Director International (now Rotary Foundation), Director Club Admin, Director Membership and Secretary over the years.