THUG: EVERYONE IS GUILTY BUT ME. 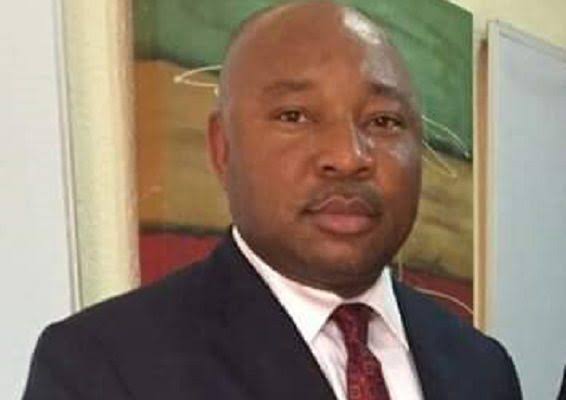 I ran for the Senate with a determination to qualitatively represent the magnificent people of Kogi-East. I had prepared well ahead for any of the two credible outcomes but there was, to be, a third and a even a fourth: The third is the “middle-of-the-road” outcome wherein you are neither the victor nor the vanquished and the fourth, to have to accept and answer to congratulations for a ‘conflict’ which was not resolved in your favour. My reference to conflict is deliberate and meant in the sense of competing interests genuinely resolvable by the real umpires in any electoral contest; the voting public.

In the course of campaigning, beginning from the groundwork stages, a few online and offline discusses ensued. Ironically, the offline discusses, from retrospection, carried more punches because it was in the offline space that you see, hear and know the actual inclination of most of the make-belief, made-for-cameras compatriots that we must accept based on their abridged public posturing credentials. Their existential personalities must do almost anything and everything, in the name of fighting for society and defending avowals essentially to please the ‘master’, without recourse to the overarching dimensions or implications of their actions on individuals, people or the society which they claim to fight for.

Take for example, medical doctors, lawyers and even petty traders do not discriminate along our self-inflicted fault-lines because they transact with you no matter your orientation or affiliation because it takes your patronage for them to achieve anything. The question is, why then will the same medical doctor, lawyer and petty trader when they become involved in politics discriminate (offline); it takes the patronage of the common-man for them to ‘achieve’ politically only this time the patronage is a result of dogma, manipulation, orchestration and deception enunciated by the uncommon-man. I wish, someday, the common-man will realize that “no one can ride your back” without your acquiescence.

At this point, political correctness, the me-myself-and-I syndrome, blame-gaming and buck-passing become the sustaining media for blaming everyone else but yourself. This is the reason we have resorted to comparing and competing only around negatives. For instance, you now hear people saying, “ABC is a preferred culprit because s/he did not steal as much as XYZ”. This alone is a vivid demonstration of how low we have fallen.

A few weeks ago, I watched one of the most (my rating) illuminating movies on racially-motivated police killings of Black Americans directed by George Tillman Jr. with Amanda Stenberg, Regina Hall and Russell Hornsby Starring. From the movie, I realized that the nurturing ingredients for oppression to thrive include the enthronement of a feeling of “everyone is guilty but me” and hugely supported by the envy, hate and suspicion on which we run our communion and purpose while overlooking the incontestable fact that, we are all shareholders and stakeholders of our society.
The name of the movie is an acronym: THUG – The Hate U Give.