The vacant Oshodi royal stool is attracting interests beyond Lagos State. The regent of the kingdom, Alhaji Biliaminu Akinola, recently talked about why MC Oluomo can’t be Oshodi king.

What is the extent of the authority you exert as the regent of Oshodi land?

To begin with, my name is Alhaji Biliaminu Adisa Akinola. I am the Adele (regent) of Oshodi land. I became the regent after the demise of the second traditional head of Oshodi land many decades ago.

In Yoruba tradition, regency is designed as an interim Oba. The regent, in this case, temporarily takes the place of the king. He acts as the king and the chiefs are subservient to him.

Therefore, in the absence of a Baale or a king in Oshodi land, I adjudicate over communal disputes, attend community functions and fill other spaces that require the presence of an Oba within the Oshodi community. Summarily, a regent is selected for the running of the town administratively until the installation of a king.

Are there ruling houses in Oshodi land, and if yes, how many are they?

Oshodi is like every other traditional town in Lagos State. We have ruling houses in the town and that we have a regent is a pointer to the fact that someday an Oba would be installed in Oshodi land.

Eleven families have rights to the Obaship and chieftaincy stool in Oshodi land.

So far, we have had eleven Baales but out of these Baales, only two were recognised by the state government. They are from the Ajenifuja and Kupoluyi families.

Alhaji Yekeen Ajenifuja was the first Baale in Oshodi land. His reign was during the Western Region era. After his death, he was succeeded by Alhaji Y.S. Owoseni from the Kupoluyi family.

Oshodi land has been in existence for over 300 years but none of the ruling houses has produced a king. We have never had a king but Baale. The last Baale we had in Oshodi died in 1970.

In Lagos State, there have been situations whereby less popular communities are honoured with the kingship title but Oshodi, despite its relevance and popularity, has none, why is this so?

Talk about relevance and popularity, Oshodi land cannot be pushed away in the scheme of things in Lagos State. It is not that we are not worthy of being honoured with kingship. The first shot we had at installing a king in Oshodi was in 1970 when the Lagos State government attempted to upgrade the status of Baale Owoseni to an Oba.

During this period, Oshodi was close to having an Oba but it was stalled by protests from some of the ruling houses who objected to the move.

The government at the time wanted to upgrade the status of Alhaji Owoseni from Baale to Oba but none of the families was willing to support the move. They came up with documents backing their rights to the throne. The resistance was so intense that it ended the reigns of Baales in Oshodi land and unfortunately that marked the first and last attempt at kingship in Oshodi land until recently when the call for an Oba was revived.

The entire Oshodi land is agog with the news of the chairman of the Lagos State chapter of the National Union of Road Transport Workers (NURTW), Musiliu Akinsanya, as an obaship hopeful. Is he qualified to rule Oshodi land?

Let me state clearly that Musiliu Akinsanya is on his own in his campaign for the royal stool in Oshodi land and he cannot be crowned the king.

It is glaring that Akinsanya family is not from Oshodi land neither does he belong to any of the ruling houses in Oshodi. They are tenants. And how can a tenant become king over the real landowners? They are not part of us in Oshodi. I heard he is claiming to be from the Awori extraction but I don’t know which of the Aworis he belongs to.

Our ties with the Oshodi family on the Lagos Island are so strong. Both of us were joined in a court case against Atewowo and Agedegudu over ownership of Oshodi land in 1960.

The Supreme Court ruled in favour of Oshodi and Areota Ologun families by proclaiming us the real owners of Oshodi land.

Later, Pa Olufunmi instituted another case challenging our right to the entire land mass in Oshodi. According to him, we owned a portion of the land and not all. He won at the Lagos High court and the Court of Appeal.

And in the year 2000, we challenged the judgement at the Supreme Court and the court declared that the entire land in Oshodi belonged to Oshodi and Areota Ologun families.

With the judgment, all issues relating to land dispute have been laid to rest. We are now in court over right to the obaship stool. So, I wouldn’t want to drag the issue because we are already in court. I instituted the court case at the Lagos High court in Ikeja in 2021. The court will decide on the family that has right to the Obaship stool in Oshodi.

Recently, a ruling house in Oshodi land, Olushi Onigbesa royal family, declared that it is the only ruling house in the kingdom. Also, the ruling house denounced the aspiration of Akinsanya to the Oshodi royal stool, saying he was not eligible for the throne. Meanwhile, you listed names of ruling houses in Oshodi kingdom but omitted both Onigbesa and Akinsanya families. Is this not further complicating the issue at hand?

There is no complication here. Both Olushi Onigbesa and Akinsanya families are not entitled to the Oshodi royal stool. The case of Olushi Onigbesa has been settled with the judgement of the Supreme Court which declared us as the true landowners of Oshodi Kingdom while Akinsanya is a tenant in Oshodi land.

Is it possible for a family that lost out in a land dispute to be laying claim to the royal stool of that same land? No, it is not possible. Olushi Onigbesa is not a ruling house in Oshodi land and neither is the Akinsanya family. I have instituted another case against Olushi Onigbesa at the Lagos High Court. I want the court to determine the right or otherwise of a tenant to a royal stool.

Are you saying the right to the stool solely belongs to the indigenous landowners and not tenants?

That is correct. When the time is right for the enthronement of an Oba in Oshodi Kingdom, the 11 ruling houses will meet and decide on whom they want as their king. No individual, group or government can choose for us who becomes our king.

What is your thought on the aspiration of Alhaji Akinsanya to mount the Oshodi royal stool?

If he is allowed to do that, it will amount to desecrating the Yoruba royal tradition. Royal stool is not what you can wake up one morning and decide to buy with money, no. There are procedures to becoming a king. I totally frown at it and I trust the Lagos State government will not want to impose Musiliu Akinsanya on the people of Oshodi land because he does not belong to any ruling house in Oshodi. He is a tenant in Oshodi. I have searched our history; I couldn’t find any link of Akinsanya family to the Oshodi royal stool.

I am sure the state governor, Babajide Sanwo-Olu, will not want trouble to erupt in Oshodi land over the royal stool. He will do the needful.

As the regent, who do you think is best to be the king of Oshodi land?

I cannot singlehandedly pick anyone but I maintain that when it is time to select our king, representatives from all the 11 ruling houses will be present at the selection. It will be a collective effort and a joint decision.

What is your advice for the state government on the issue of the Oshodi royal stool?

They must prevent bloodshed in Oshodi. None of the 11 royal houses in Oshodi land is ready to take up arms against another over the royal stool but the government must do the right thing and ensure that the right candidate emerges as the king in Oshodi land at the end of the day. 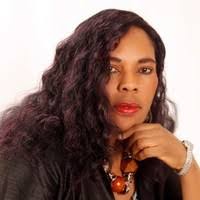 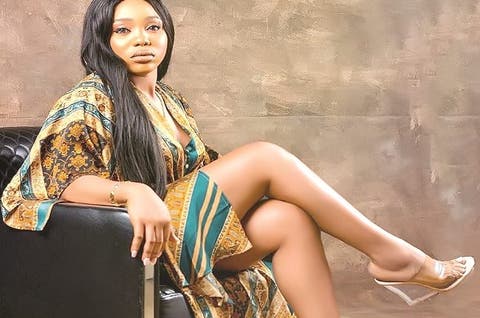 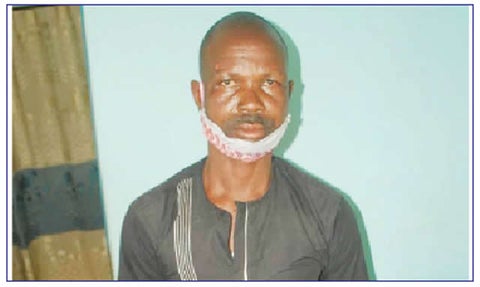 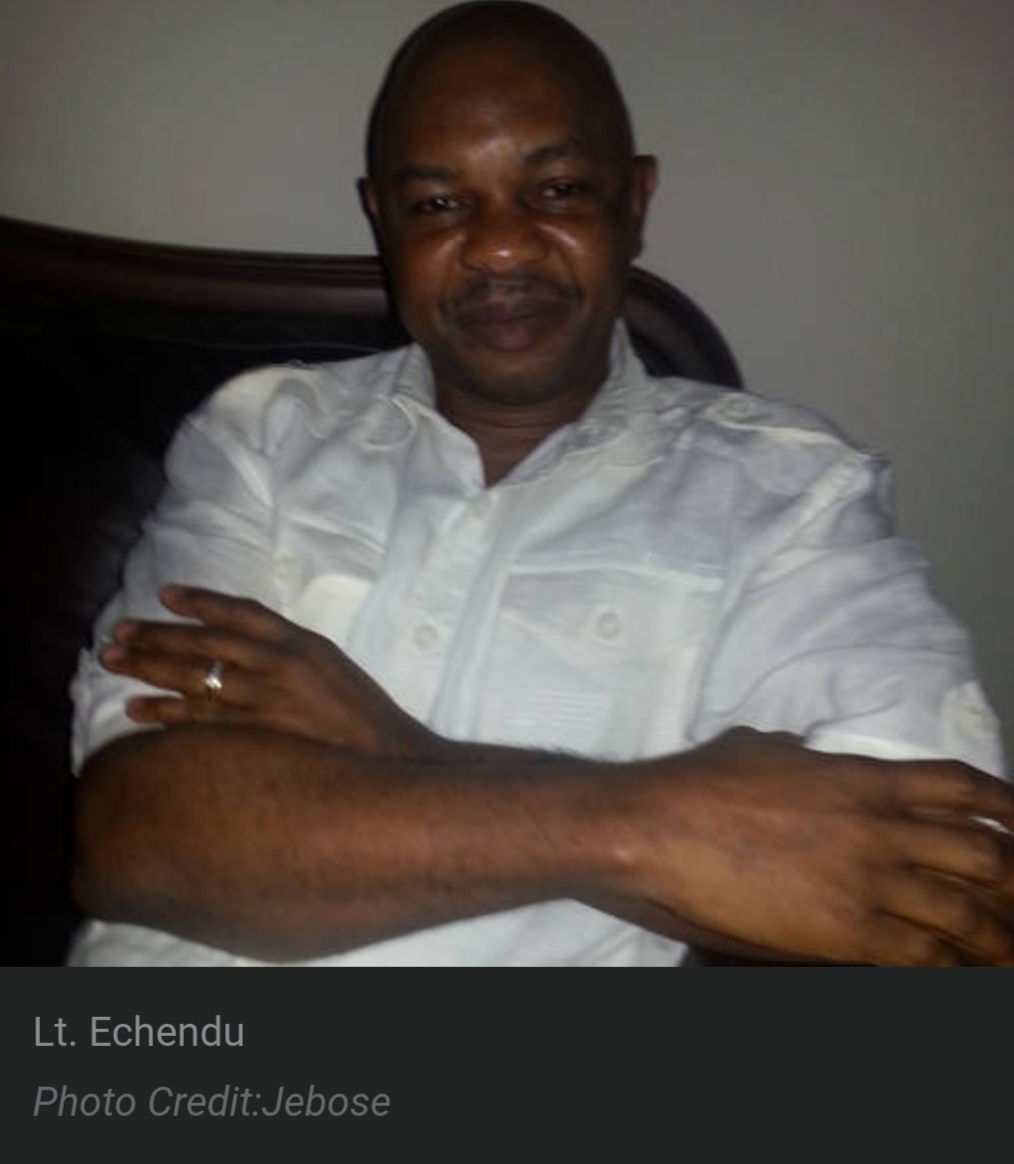