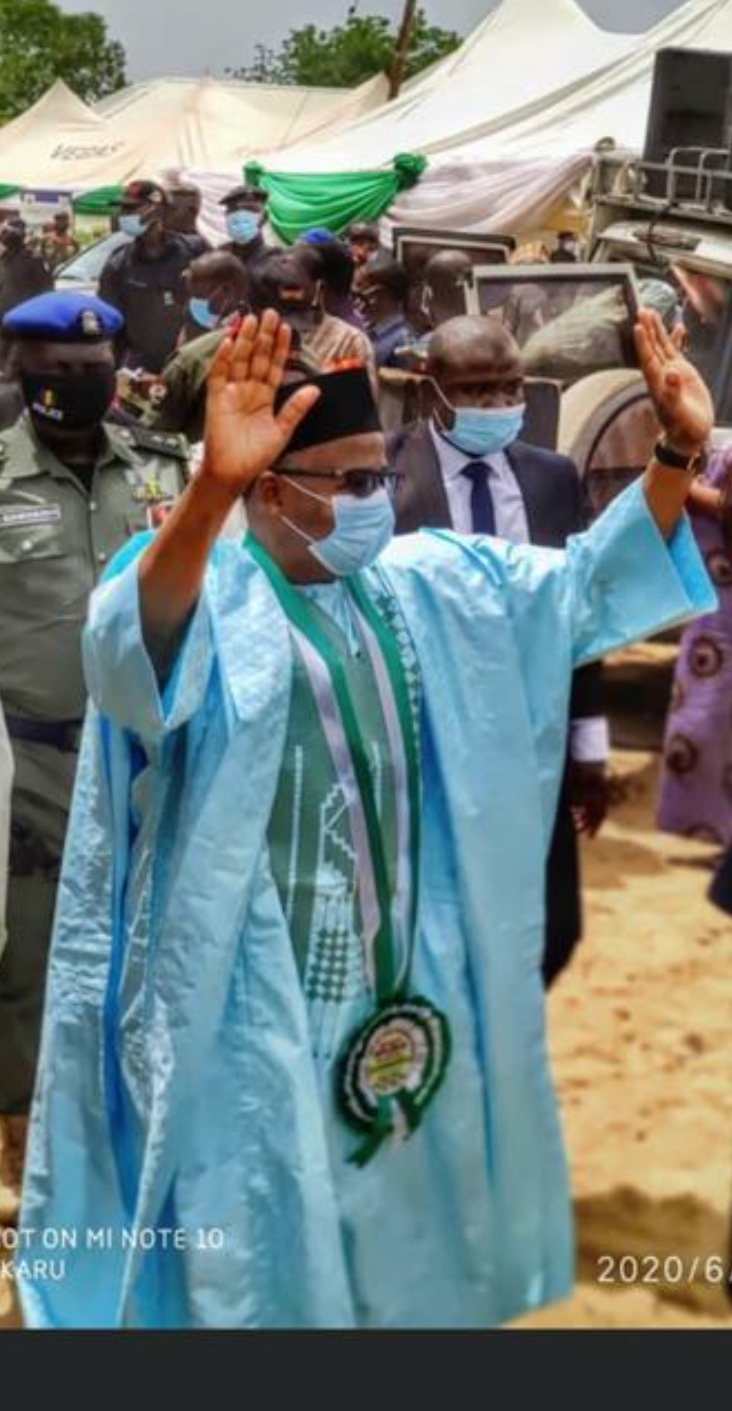 A United States Of America [USA] based group by the name “Towards A Corrupt-Free Nigeria” [TACN] has joined issues with the recent activities of the anti-graft agencies in Nigeria. This is as the group called on the Independent Corrupt Practices and Other Related Offences [ICPC] to remain apolitical in dispatching its duty as one of the remaining pillars of the anti-corruption battle. The group warned that the ICPC should not allow itself to become a political tool to be used by politicians to achieve nefarious aims.

This was contained in a statement released in Washington DC – the headquarters of the group – and signed by the National Coordinator Abimbola Mohammed, National Secretary, Angus Briggs [MD] and the National Publicity Secretary, Prof. Chinyere Momah.

The media statement pointed attention to the recent ICPC public declaration as having political over and under tones. “There is need to be concerned about the recent cases that the ICPC has taken on because it will be suicidal to allow another anti-corruption agency to go the way of the Economic and Financial Crimes Commission [EFCC]. We have already lost the EFCC to political mechanizations and god fathers. We don’t want the ICPC to follow suit.”

The group which draws membership from all the geopolitical zones of Nigeria resident in the United States – has been registered as a non-governmental organization tasked with ensuring a corrupt free country suitable for investors and would-be holiday makers and/or tourists to find Nigeria a suitable destination.

Angus Briggs, the National Secretary who is a medical practitioner and a business owner in Atlanta, Georgia, expressed concern over the worsening effort to combat the menace of corrupt practices.

Briggs stated that “The recent public announcement by the ICPC that it has seized a landed property belonging to Governor Bala Mohammed was a bad sign the ICPC has become a political tool just like the EFCC. It is sad to know that the ICPC made such a sensitive statement without first obtaining a court ruling on the said property”. Brigg queried why the ICPC could not wait to get the courts to rule on the property before proceeding with the announcement. “Would it be that all the ICPC wanted to achieve was mere political noise?”

This is as the Chairman of ICPC, Prof. Bolaji Owasanoye recently stated that the “fight against corruption in Nigeria has gone a notch or two higher with increase in sanction against politically exposed persons; conscious effort at preventing the menace; and robust assets tracing and recovery measures”.

But “the Chairman of the ICPC and the board of ICPC cannot say with a straight and clear conscience that the fight against corruption has improved without acknowledging that the fight is far from being apolitical, fair and impartial. The 48 properties previously seized by the EFCC that was returned to Timipre Sylva is open for all to see and grief about. It was and remains an aberration, a clear anomaly to the manner corruption should be fought. And to imagine that the same Timipre Sylva was rewarded for his gross corrupt activity with a ministerial position, is pitiful.” – decried the national publicity secretary, Prof. Chinyere Momah who recalled that it was Timipre Sylva who raised the N27.5million used to purchase Muhammadu Buhari’s All Progressive Congress [APC] presidential forms in 2011.  Prof Momah is a lecturer at John Jay College, New York.

The National Coordinator Abimbola Mohammed echoed a similar tone. He called on Prof. Bolaji Owasanoye to be cautious. And not to be used by politicians who are up to no good. “You are from a good background. Protect your integrity. It is necessary. Don’t allow them to use you to achieve their dirty games. Face the fight against corruption and leave politics. We are ready to give you all the support you need but you must stay upright.”