Professor Charles Dokubo and the Stench of the Presidential Amnesty Programme 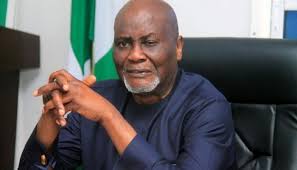 “The trouble with Nigeria is simply and squarely a failure of leadership. There is nothing basically wrong with the Nigerian land or climate or water or air or anything else. The Nigerian problem is the unwillingness or inability of its leaders to rise to the responsibility, to the challenge of personal example which are the hallmarks of true leadership.”

The concept of leadership is universal, cutting across several boundaries. Leadership  is an important ingredient in the activities of government; the determining factor between success and failure in a society.

Because of its infinitely defining nature therefore, Leadership is serious business and essentially demands an innate ability to foresee, a commitment and dedication to serve, the selflessness to be equitable and honesty to be accountable, all of which underpin the operative words of Chinua Achebe’s quote above in ‘unwillingness or inability of leaders to rise to the responsibility’, buttressing yet that being in a position of leadership is not in itself an end, but only a means to an end.

The Niger Delta region in Nigeria, adjudged the world’s largest wetland, representing over 90% of Nigeria’s foreign exchange earnings has for as long as time been characterized by ecological squalor, high degree of unemployment, teeming youth restlessness, developmentally barren communities, and a heavy air of hopelessness, all of which have over the years been augmented by poor leadership both in the region and at the federal level.

This situation ignited appalling bloodbath, sabotaging of oil installations, kidnapping,   piracy, oil  bunkering,  guerrilla attacks on the security agents and fierce militancy which held the region spellbound for many years, causing Nigeria’s oil production at a time to drop to as low as about 900,000barrels per day from 2.3  million bpd, costing the nation about N8.7 billion daily. This was critical to the economy for a country that over 90% of its income derives from crude, with over 200 million in population.

The amnesty programme, introduced by late President Umaru Yar’Adua in 2009 has since proven to be a recipe for peace in the hitherto restive region, but that peace which paved the way for oil companies to resume normal business activities and provided the necessary boost to the oil-reliant Nigerian economy is fast becoming fragile given the documented cases of corruption in the leadership of the programme.

As it turned out, most of the militants were jobless youths, driven by their conditions into living dangerously in the creeks. The three phases of the amnesty programme being Disarmament Programme, Demobilization Programme and Reintegration Programme were thus conceieved to ultimately reintegrate these militants back into society and so they were placed on monthly stipends, made to learn trades while others secured university admissions to study in  Nigeria and abroad.

It is this reintegration phase that to a large extent shows the success or failure of the amnesty programme, and until the present regime headed by Professor Charles Dokubo, the programme seemed well on course.

Sidelining the mandate for which the Amnesty Programme was established, the leadership of the programme under leadership of Dokubo is being rampantly abused.

The programme is now obviously derailed given the festering corruption it has been caught up in and it would seem Professor Charles Dokubo does not have a good understanding of the dynamics of the program, the region or is simply too pre-occupied with inordinate interests to give a hoot.

It is sad indeed that even with the capacity of the programme to transform the economy of the region and Nigeria’s at large, its implementation has been compromised on  the platter of mediocrity and self- aggrandizement.

Several allegations of mismanagement and embezzlement of money allocated to the Presidential Amnesty Programme have been made against the office.

Thousands of beneficiaries whose names made the original list do not receive payments anymore as their names have been reportedly swapped for ghost names, while beneficiaries who await calls for their various techno-vocational training have been left in limbo.

Appearing too elitist to identify with the common people of the region whose demands have remained the same from the onset, Dokubo does not engage with the core people behind the struggle in the region as reports have it that since he was appointed to head the programme, he has never visited any state, clan or kingdom in the Niger Delta, which sounds absurd, given the place of assuring peace, development and security which are the bedrock of the amnesty programme.

Dokubo lacks the knowledge or ability to deal with the grassroots, the true ex-agitators and prefers dealing with the white-collar ivy leaguers with little knowledge of the terrain and ghost ex-agitators, thereby mortgaging the essence of the programme.

At the Kaiama Amnesty Centre, mismanagement and vandalisation of equipment worth billions of Naira in the starter Pack Warehouse at the centre is one of the sad reminders of Dokubo’s incompetence.

In like manner, the Ondo State VTC commissioned several months ago with equipment at the center worth billions of naira, lies rotting away with none ever sent there for training, while stupendous sums of money are constantly awarded for training.

There has been reports of the award of fictitious contracts going on at the agency designed to siphon money from the system; as payments are often made for supplies never delivered; with contracts sold and awarded for projects that never served the purpose of the programme.

Immorality has also reportedly gained prime place in the regime of the prof by indecent relationships with female staff and female contractors while contractors now bring women to get contracts.

Funds meant for ex- agitators’ training are wantonly looted to the extent that about nine thousand ex field agitators who still await call to be fully engaged by the government are yet to be recognized and carried along by Prof. Dokubo’s team.

What’s more, the non-payment of tuition fees of students sponsored under the amnesty programme in tertiary institutions has resulted in these students being asked to withdraw, which might well be the summit of the ignominious charade by the amnesty office.

The office of the programme is reported to currently be in debt of over 20billion Naira and still accumulating. This is clearly a pointer to leadership failure, looting and mismanagement of resources in the amnesty agency.

Chicanery in government offices is not new in Nigeria, but after holding sway for so long, the coming in of President Buhari with his gospel of anti-corruption elicited huge breaths of relief from Nigerians who have been at the receiving end of the cankerworm.

With these grave cases of corruption in the leadership of the amnesty programme of the federal government, it can  be reasonably expected that the president will be seen to take a decisive action on the matter, since the plan of the House of Representatives to set up an ad hoc committee to investigate the allegations is yet to see the light of the day for reasons not clear.

Dokubo himself alluded to the importance of working in close relationship with leaders in the region when he newly came in, but that spirit and resolve seem to have been vitiated by corruption.

He may also unwittingly or subtly have alluded to the fact that there would be incidences of corruption when he admitted he will make mistakes.

“I am determined to radically improve on what I met on ground at the Amnesty Office. I am not perfect. I am most likely going to make mistakes along the line, especially given the peculiar nature of the Amnesty Programme.” And he did.

It is obvious that the leadership of the presidential amnesty programme has woefully failed in carrying out its mandate, and the situation demands that the government wades in urgently and put an end to the embarrassing reports of thievery and debauchery emanating from the office.

No time in the history of the programme have there been stentorian cries for the removal of its boss, as in the instant case with Dokubo, whose appointment is beginning to raise eyebrows, questioning the criteria with which he was appointed.

The Pan Niger Delta Youth Leadership (PANDLEAF) believes that leadership failure is the nucleus of the problems confronting the Niger Delta region and according to its leader, Mr. Akinawa, “We can’t fold hands as youth and expect change. The time for us to take action is now and that is the intent of PANDLEAF; to awaken the youths of the Niger Delta for common good where leaders have failed.”

Lending its voice to the rot in the amnesty programme is the Coalition of Niger Delta Ex-agitators under the auspices of Creek Dragons who have called on President Muhammadu Buhari to urgently remove the current coordinator of the programme, Prof. Charles Quaker Dokubo.

The former creek warlords in a statement released to the press maintained that Prof. Dokubo is alien to the Niger Delta struggle for emancipation, accusing him of incompetence and alleged that the entire amnesty program has become a caricature, while stressing that his removal from office will better the amnesty program in moving forward and achieving its aims and objectives.

For that matter, the office of the presidential amnesty programme is one the president should of necessity be very much interested in, as the stench of rot wafting from the office across the region it is meant to serve is becoming intolerable and stands at variance with the vision and resolve of Mr. President as it concerns uprightness and accountability in public offices.

The kind of person needed to man the affairs of the office is one well vested with knowledge about the core issues of the region and objectives of the programme as drawn by the federal government. A person who commands the respect of leaders in the region as well as the confidence of the ex-agitators. This crop of people exists but have seemingly been constantly sidelined because of the politics involved in the whole thing.

Apparently, the Profeessor may have gotten this far by his dis-ingenuity and it is not a hidden fact that he has also been expending colossal amounts of money to secure his being retained as head of the amnesty programme, but things cannot keep on going the way they are with different results expected.

Stakeholders and well-meaning Nigerians are now champing at the bit for a quick and worthy change of leadership in the office of the presidential amnesty programme.

Otherwise the fragile peace that has so far been enjoyed in the once violent region may simply crumble. 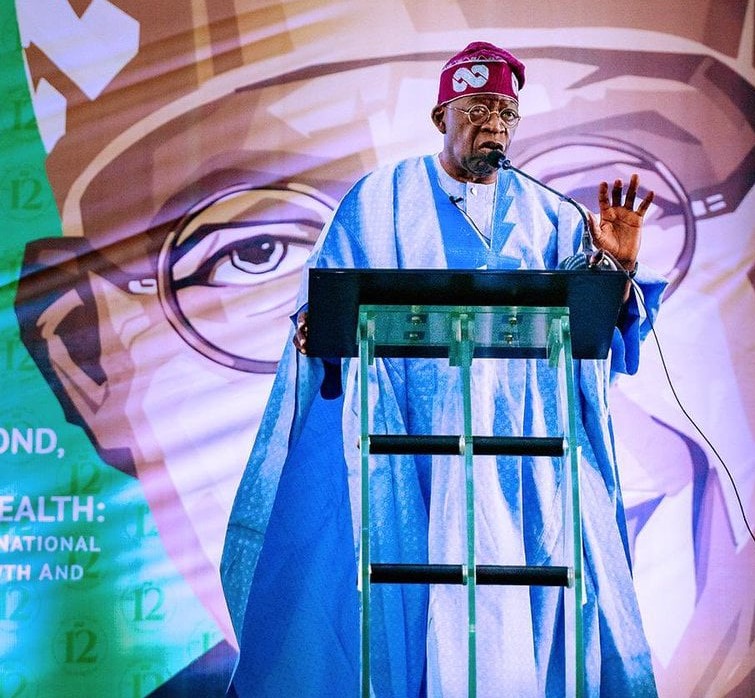 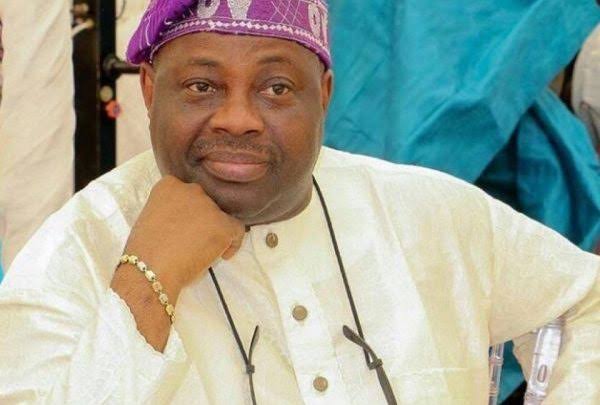