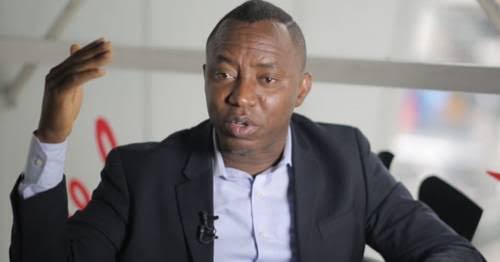 The attention of the Centre for Change has been drawn to the arrest of Mr Omoyele Sowore by men of DSS.

The arrest coming ahead of the Monday protest he and others are spearheading suggests a fleding culture of intolerance that may be gripping the country.

Except he has committed any other offence that we are not aware of ,calling a protest cannot be a crime under any law to warrant anticipatory arrest as has been done .

We demand immediate release of the activist whom we declare a prisoner of conscience for every minute he is held.