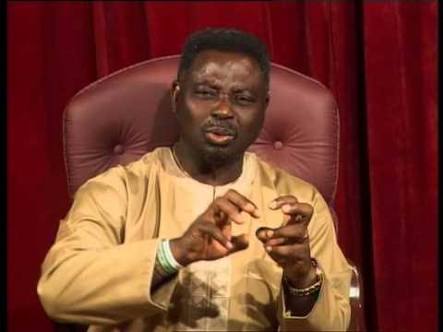 The founder and senior pastor of Kingsway International Christian Centre worldwide, Pastor Matthew Ashimolowo who has over time courted controversy with his actions,inactions and utterances in and around the United Kingdom where the headquarters of his church situates is in the news again for the wrong reasons as always.

Ashimolowo and his KICC church who have made the news headlines many times in the past have once again been fingered in another dirty scandal which is capable of dragging the name and body of Christ in the mud.

It is no longer news that KICC London allegedly lost a whooping sum of 5 million dollars to a Ponzi scheme that went sour when the Central character of the Christian faith himself was said to have angrily dragged out money-changers from the Synagogue according to the bible, but what your ever-reliable soft sell aims to look at with this piece is how the controversial man of God has managed to be in the eyes of the storm for so long in a vocation where you must remain above board in all dealings.

In the early days of his pastoral career which started at the Foursquare Gospel Church,Pastor Ashimolowo was seconded to the United Kingdom to go and pastor the arm of the rapidly growing church. However, on getting to London, Ashimolowo allegedly fell out with the authorities of the Church in Nigeria.He acrimoniously left as the pastor in charge of Foursquare Gospel Church London in 1992 to go and start his Kingsway International Christian Centre with the authorities of his former church fuming.

Again in 2002 at the height of the popularity of his KICC Church, Matthew Ashimolowo ran into trouble with the British authorities and the Charity Commission of England and Wales which accused him of fiddling with the finances of the church to finance his ostentatious lifestyle and that of his family.The genesis of this particular episode with the British government was the lavish 50th birthday shindig which was thrown for this stylish and flamboyant man of God in a five star hotel in London West End.It was a grand birthday bash which raised the eyebrows of the ever-prowling eyes of the Queens’ officials.Ashimolowo was stripped of the powers that gave him access to the coffers of the Church by the Charity Commision after a panel of inquiry indicted Ashimolowo ; the saga also made him to relocate temporarily to his country of birth in order to re-strategize on a to live a scandal-free life in the UK.

However, as “a regular customer” of the British authorities, Ashimolowo again locked horns with the British government 2006 when he was asked to vacate his Hackney Church headquarters to another location outside of London in order to pave way for the construction of British Olympic Village on the premises of the Church.Ashimolowo took an exception to the order and again entered into another battle with the British Government before the matter was resolved.

Pastor Matthew Ashimolowo was in the news again in 2006 for the wrong reasons when his son Tomi, wed his Sierra-Leonean fiancée Dorothy Jeneba Kamara.The wedding took place in London.And as customary the couple went on their honeymoon, choosing the middle – eastern desert city of Dubai. While on their honeymoon they shared pictures from their trip on social media; in one of the pictures Dorothy is hugged up beside her husband, she is wearing a leopard print monokini, which is cut out on the sides.
The said picture received a lot of backlash with many people commenting that a pastor’s daughter-in-law should not dress in such a revealing and provocative manner.

The question many are asking is why a supposedly and acclaimed pastor and man of God would always have his name mentioned in series of scandal and why a church of God would get involved in a money doubling racketeering.