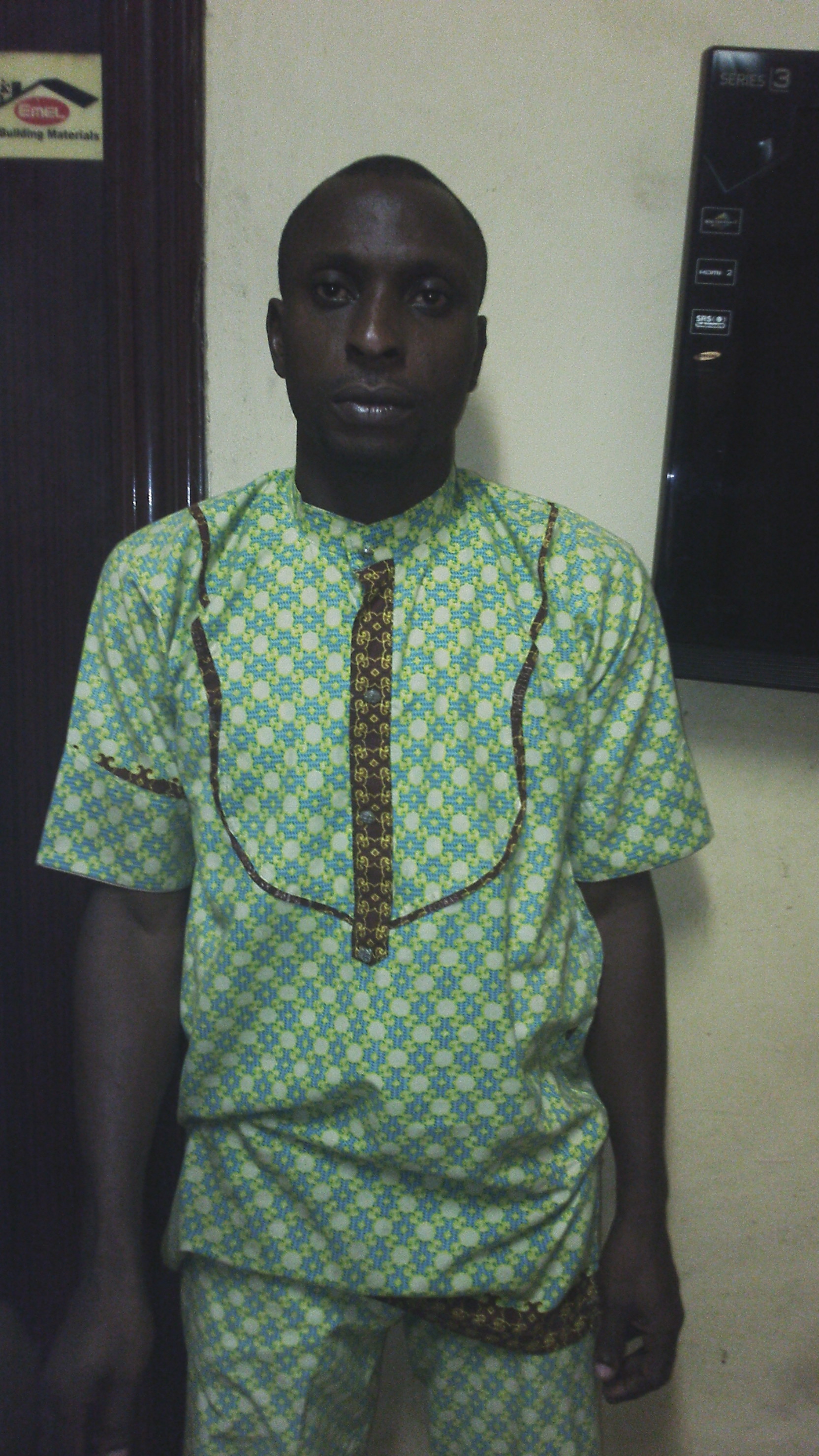 A 35 year old man arrested by the operatives of Rapid Response Squad (RRS) of Lagos State Police Command, has revealed that his pastor pushed him into selling of a stolen vehicle.

The suspect, Olawale Olabinwonnu, working with Cherubim and Seraphim Church in Igbogbo, Ikorodu, as an administrative officer, was arrested by RRS Intelligence Team on Tuesday for trying to sell a Nissan Sentra, 2015 Model, stolen at gun – point.

The vehicle, whose original vehicle number was changed to a fake one – APP 510 DW, in order to sell it, was recovered on Monday, August, 1st 2016 at a car park in Lekki, Lagos.

It was learnt that RRS investigators had on seeing the vehicle on a popular online shopping platform, (name withheld) called its marketer to indicate their interest in buying the car before pretending as couples interested in the car.

Enthusiastically, the man who took the custody of the stolen Nissan Sentra came forward to welcome the buyers before he was arrested. He however assisted the police in the arrest of its marketer in Ikorodu several days later.

Olawale, apparently sensing something was wrong with the vehicle had along with his family parked out of his Ikorodu residence and office to evade arrest, but investigators were said to have tracked him to another church in Ikorodu where he was arrested last Sunday after church service.

The vehicle, which is owned by one of the first generation banks in the country, was reported stolen at gun point when robbers invaded an hotel in Iju – Ishaga area where the manager of the bank was lodging.

The robbers were reported to have requested for the car key from the banker before making away with it along with other valuables.

According to Olawale, “the vehicle was given to me to sell by Ahmed Abbey. I met him at Dammy Jay Hotel, Ikorodu. I went there to drink and he came to my table, bought drinks for everybody. That was how I liked him.

He said, “I saw Abbey later that week to explain how he could help me get because I had no job. This was the time he asked me if I could help his sister travelling overseas to sell her car. And, I told him that I would try. 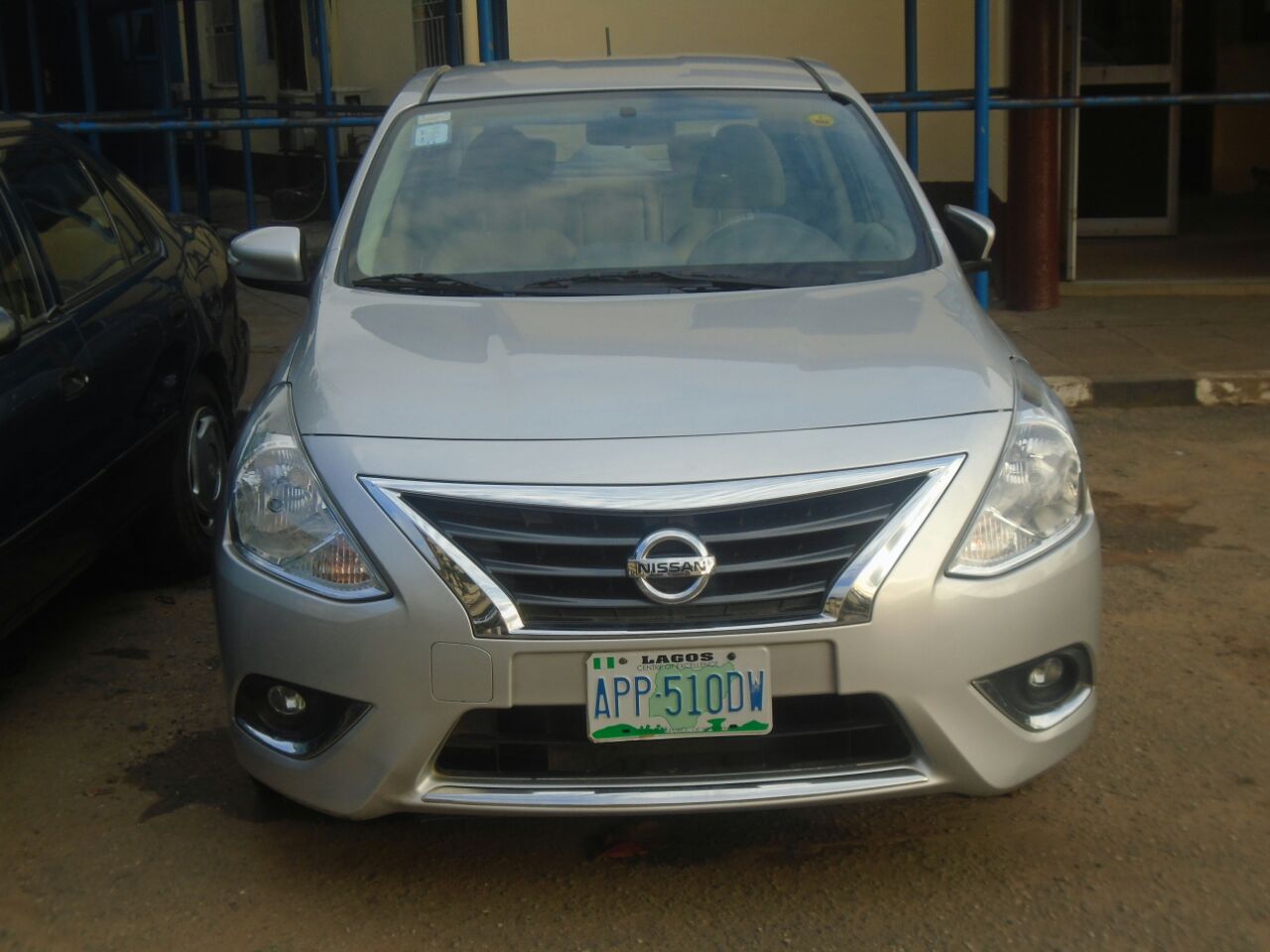 I consulted my pastor twice on the issue of helping him sell a car. First, the pastor told me to go ahead and collect the car from him and sell it. I took the car from Abbey and began to market it but after about three weeks, I couldn’t get a buyer. He took the car from me”.

“Some weeks later, I stumbled on him with the car and he challenged me that I didn’t want to help his sister sell her car.

After a while, we agreed that I will help him to look for buyer. I consulted my pastor again for him to pray about it.This time, the pastor introduced me to somebody in Lekki who has a car park at a very conspicuous place, where we can put the car for sale.

It was here the car was until I learnt that the car was stolen at gun – point”, he added.

The suspect continued: “since I was arrested, I have been calling Abbey to come and explain to the police that he gave me the car to sell, but most of the time, he avoided my calls, at times, he switched off his phone.
Presently, he’s no longer picking any call on that line”, he added.

Confirming the arrest, the State Police Public Relations Officer, SP Dolapo Badmos, said that the suspect was helping the Police with investigations, adding that efforts are on – going to arrest the man that gave him the car to sell.

The suspect along with the vehicle has been transferred to Special Anti-Robbery Squad (SARS) for further investigations.