Once again, Nigeria’s democratic march is being undermined by unscrupulous elements whose actions are threatening to bring down the peace and rip law and order to shreds. You find these elements within the political class, the electoral body and the judiciary all conspiring to undermine the democratic process.

Fellow Nigerians, for those who don’t know and for those who pretend not to know, democracy is under siege. The unfolding twists and turns over who is the authentic Peoples Democratic Party (PDP) governorship candidate for the November 26 election in Ondo State are not by accident, but by deliberate design plotted and executed by a cabal of insatiable power grabbers and phoney trophy hunters in cahoots with the Independent National Electoral Commission (INEC). INEC by its decision to substitute Candidate Eyitato Jegede who emerged through a proper primary process it duly monitored with the controversial candidate, Jimoh Ibrahim, who emerged through a phoney process in Ibadan with no legally accredited delegates, no police report and was not even monitored by its officials, has grotesquely violated the Electoral Act.

The electoral umpire has murdered sleep, and it will sleep no more. From an impartial umpire, it has thrown its hat in the ring and made itself a party in the needless conflict. By a stroke of the pen, it has rewritten the rules guiding primaries and the emergence of parties’ standard-bearers. In a nutshell, it is saying it need not necessarily monitor the primaries of any party; that it no longer need police report as well; more surprisingly, that any individual dissatisfied with their party’s choice of a candidate can simply organise their own primaries anywhere in the country, and get a Justice Abang to order INEC to recognise such a candidate by judicial fiat.

Co’mon INEC! Stupidity is better hidden than displayed in public. By that decision to remove Jegede’s name from the list of candidates for the election even when there was a valid court order not to do so, INEC has created a cloud of suspicion about its motives which have in turn created a volatile situation in the state. INEC’s argument that it merely obeyed a court order falls flat in the face of another order by a court of coordinate jurisdiction to retain Jegede as the candidate of the PDP.

Again, by caving in to pressure from the forces of darkness to railroad their candidates into offices at all costs, INEC is systematically eroding all the gains of our recent years to deepen democracy. And whoever is teleguiding INEC has no interest in building and sustaining this democracy. And for those who can see, Nigeria is being guided to a path where it will sleep no more. It is a shame that the greatest beneficiaries of democracy are doing everything in the book to undermine the processes that strengthened what was so magnanimously handed over to them to nurse and nurture without a contest at the court.

The electoral umpire has obviously played its hand the wrong way, its credibility and neutrality now stand on such slippery ground that it has become a clear danger to the nation’s democratic process. You cannot approbate and reprobate at the same time. In Edo, it approbated and in Ondo, it reprobated (under the guise of obeying a court order) on very similar issues. By its decision to recognise the Abang-imposed candidate, INEC is telling the whole world that it now officially recognises the existence of two PDP factions.

In the recent election in Edo State, it is pertinent to recall that INEC recognised the candidate produced by the Makarfi-led PDP. So what has changed between then and now? My gut feeling is that the intra-party power play in the ruling APC has raised the stakes so high that the winning faction is desperate to bitch-slap the losing faction and thump its chest that it can win without the support of Jagaban Borgu of Bourdillion – all the more so because the 2019 general election is drawing near.

As the Court of Appeal noted recently, Abang’s deviant rulings and orders have become the most potent threats to Nigeria’s democracy. For some curious reason, he is the only one deemed fit to handle almost all PDP-related cases emanating from the Modu Sheriff faction.

The ongoing conspiracy between the impostor, the Sheriff-led faction of the PDP, alongside its candidate, Ibrahim, the nemesis of the PDP, Justice Okon Abang whom the Appeal Court accused of raping democracy in his controversial judgment on the Abia governorship controversy; and the cabal within the executive arm to steal – in other words, to weaken the candidate of the PDP will inevitably set a dangerous precedent that threatens to torpedo the entire democratic process, the consequences of which no one can predict. But even as some of us put our fears in black and white, I am persuaded by the genetics of history and the ruthless resolve of their ambition that the forces at play will not relent in their dark machinations. More so that, they have become emboldened by the cold and deliberate silence of civil society groups who claim to be the custodians of public morality and adherence to the rule of law. It is one of the contradictions that keep some of us awake all night, worried stiff about the way we are.

The questions are, can their reputations survive their silence? How can things that were wrong under the PDP-led government suddenly become right in the activists’ eyes under the APC? The impunities the human rights activists condemned under the PDP have become worst under the present APC government. Why are there no condemnations pouring in from the purists? Why are there no world press conferences addressed by intellectual giants on the state of the nation? Why is there no outcry from Nigerians who should feel a sense of righteous indignation and revulsion at the appalling developments in Ondo State? Instead, it seems there is a feeling of gleeful satisfaction from the human rights groups. Even more perplexing is that we can feel a sense of romantic lust for more absurdities and bestialities to achieve the ruling party’s medieval desire for conquest rooted in an ideology of feudal hegemony.

And to crown it all, senior members of the party are pushing for the suspension of the rule of law which is now being cynically branded even by lawyers as the cause of our problems. It is entertaining for them that others are at the receiving end of this blistering assault, but the danger to the future is real and truly frightening because any other administration after this will be tempted to follow the bad example of today. Unfortunately, as some people cheer the country into an era of a “moderated” rule of law, or dictatorship, Nigerians have tragically become victims of the change they yearned for.

The Court of Appeal panel that cowardly withdrew from delivering justice merely played into the hands of the cabal on the grounds of a petition against it. It is now the easiest way by agents of mischief to blackmail the judiciary into abdicating its duty. Democracy can’t survive if people fail to take a principled stand against the forces of blackmail, manipulation, arbitrariness, despotism and fascist inclinations. Why didn’t the panel deal with the petition by putting the petitioner in the dock to prove his allegations; failure to do so, jail him for casting aspersions on the integrity of members of the panel to serve as a deterrent to others?
There is a precedent set by the late erudite Justice Ligali Ayorinde who convicted our own irrepressible Gani Fawehinmi of blessed memory of contempt in the early ‘90s.

If my memory serves me correctly, Fawehinmi had filed a motion alleging Ayorinde’s likelihood of bias in a case before his court. Instead of scampering in flight because of a potential conflict of interest as alleged by Fawehinmi, Justice Ayorinde decided to boldly deal with the motion first on the grounds that the law empowered him to do so and ruled that he won’t be bias and subsequently convicted Fawehinmi of contempt. The conviction was later overturned by the Court of Appeal.

Instead of the Appeal Court panel to seize the moment for the ages, they allowed the petitioner to succeed in putting them to flight thereby getting his wish without proving his allegations.

Why should that be allowed? Emboldened by that success, the same forces behind the earlier petition are already questioning the make-up of the new panel. In other words, the petitioners will always raise questions about any panel set up to expeditiously deal with the monstrous injustice done by Justice Abang and INEC. Their diabolical intentions are not lost on anybody – clearly to frustrate the case before the election on November 26, thereby throwing the mainstream PDP into disarray.

It is noteworthy that this issue was even straighter than the challenge posed by the Edo polls. The million dollar questions are: why didn’t INEC follow its own precedent set in the Edo polls? Now that it has recognised two factions of the same party, what next? From the look of things, it has created a total mess in the party by strengthening the Sheriff faction to become even more intransigent to peace. If Sheriff were not President Muhammadu Buhari’s brother-in-law, would he be spending this energy, making an absolute nuisance of himself? And whose interests do his actions serve if not the interest of the ruling party?

Now, let’s go back to the issue of INEC being a threat to our democracy. For over a year since the courts annulled the elections of all members of the Senate and the House of Representatives from Rivers State, INEC has refused to conduct rerun elections, citing security concerns. This is the same INEC that conducted election in Borno, the hotbed of Boko Haram. It also conducted a rerun to replace a dead senator in the same Borno.

I would hazard a guess that INEC refused to conduct elections in Rivers because it feared the APC didn’t stand a good chance of winning in the state. But less than 48 hours after the Senate threatened to go on “strike” in protest against INEC’s failure to conduct the elections, the shamed electoral umpire which is anything but neutral released a timetable for the Rivers rerun elections and all others still pending. What does that tell us? The answer is “blowin’ in the wind”.

Categorised as : Article, News
No Comments » 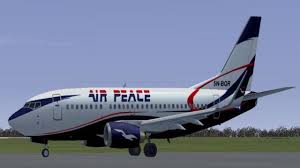 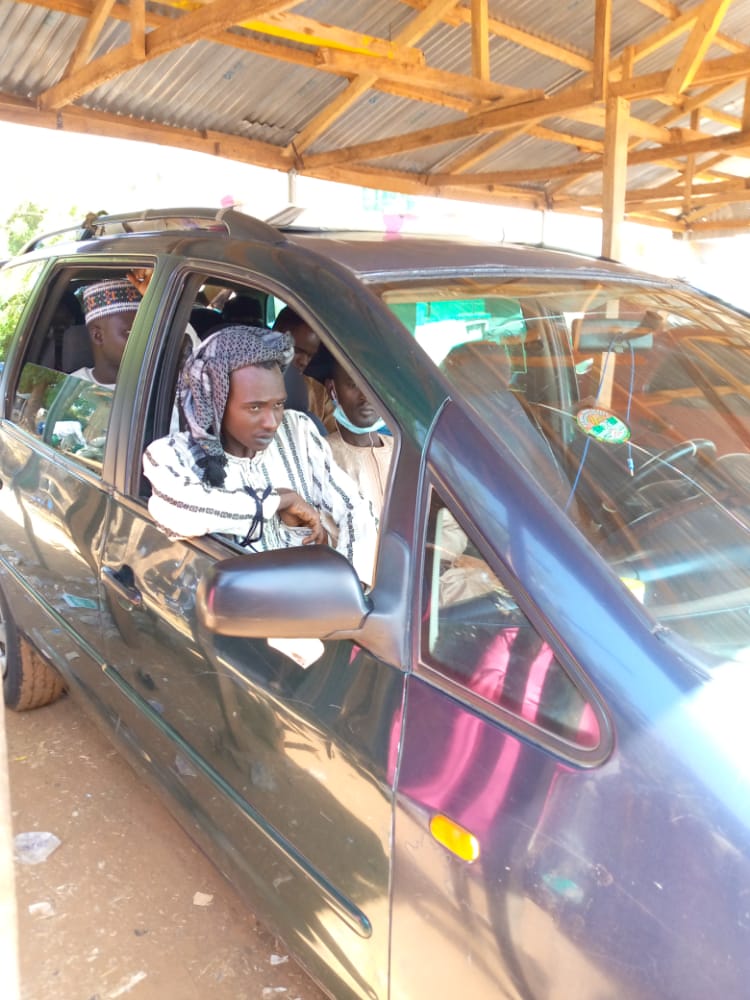 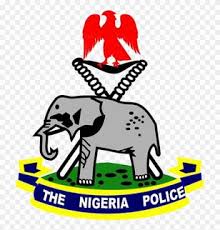 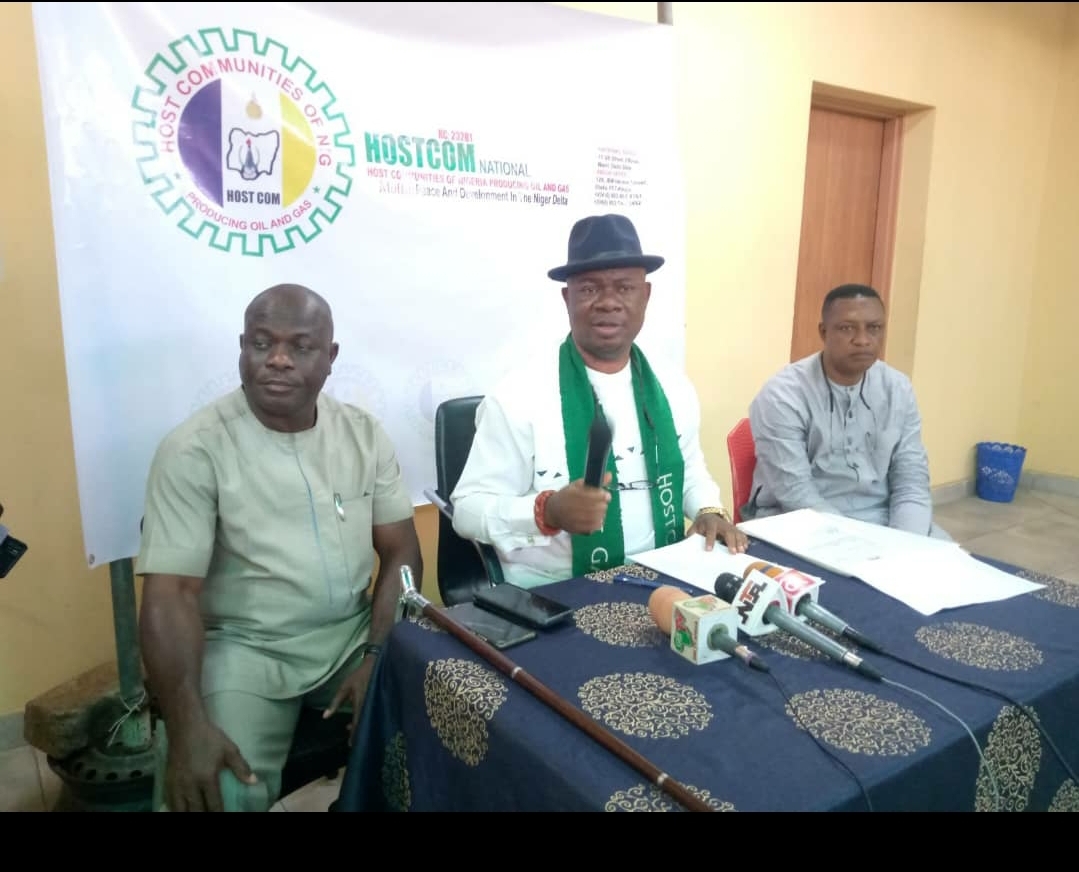 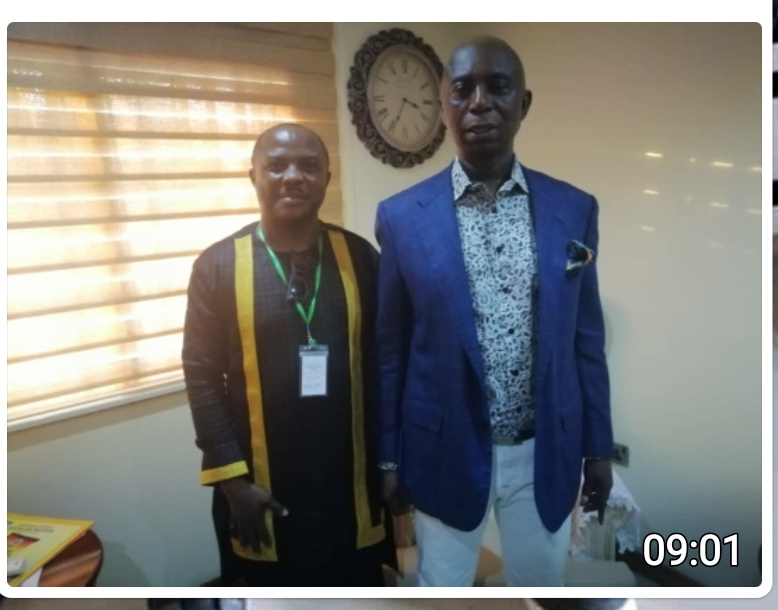