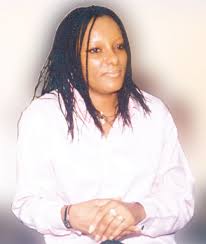 Wonder they say shall never end, and the story you’re about to be served is lending credence to the age-long saying because there are now damning evidence that ex-Delta Governor, James Onanafe Ibori may have ran foul of the law by marrying his long-time mistress former Miss Sename Sosu who is now officially known as Mrs. Sename Ibori.

However, the main news here is not the fact that Ibori allegedly married Sename in a secret wedding that was organised on his behalf by his close associates and some family members, but as you read this the former first Lady of Delta State and first wife of James Ibori is about now wrapping up plans of dragging his hubby to court for what she calls violation of marital vows.

According to informed sources close to the former first Lady, Nkoyo who got the wind of James Ibori’s secret wedding to delectable and drop-dead beauty called Sename through the grapevine allegedly came out of hiding and confronted her hubby who acrimoniously confirmed the story. Nkoyo allegedly told Ibori in front of some friends and family members that he (Ibori) will soon hear from her.

And according to our ever-reliable sources, Nkoyo is said to be very distraught about the development so much so that she immediately disappeared ‘’from the radar’’ apparently to go and reflect about the whole saga and strategise on steps she could take to redeem her image and see if she could get back her home. And this may be why she is seeking redress in the court of law through a prominent legal luminary who is well versed in divorce cases.

Sename, the fair-skinned University of Lagos graduate disappeared into thin air the moment her lover, Ibori, ran into troubled waters with the law and was subsequently bundled into prison by the government of the United Kingdom.

Let us recall that Senami Sosu was discovered and raised from obscurity to a big society lady by the former governor of Delta State. Her ascent the social ladder was further amplified by his deep love for the money and flashy cars which Ibori was regularly supplying her.