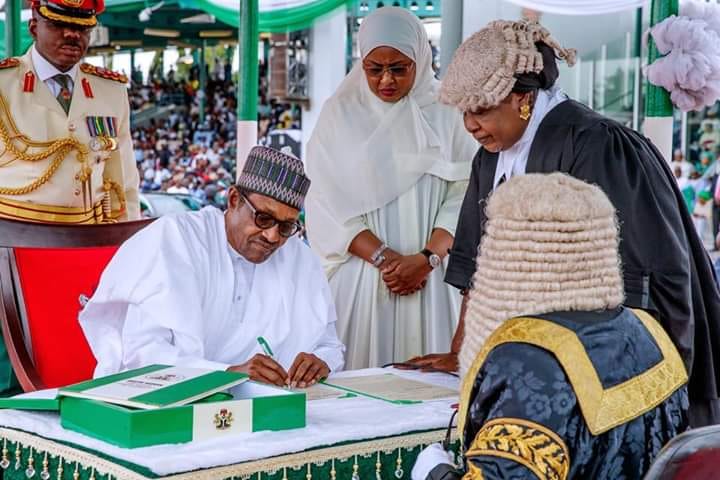 The Economist reviewed the first term of President Muhammadu Buhari and concluded that Nigerians became poorer during his first four years in office.

The magazine, in the publication, which was posted on its website on Thursday, said while the Nigerian economy was “stuck like a stranded truck,” average incomes fell during the four-year period covering 2015 to 2019.

Opposition parties led by the Peoples Democratic Party agreed with the magazine’s damning report, saying it confirmed their belief that Buhari was clueless and could not run the country efficiently. They advised Nigerians to prepare for another disastrous four years, which Buhari started on May 29.

The Economist in its report said based on the thinking of the International Monetary Fund, the average income of Nigerians “will not rise for at least another six (years).”

The report partly read, “The Nigerian economy is stuck like a stranded truck. Average incomes have been falling for four years; the IMF thinks they will not rise for at least another six (years).

“The latest figures put unemployment at 23 per cent, after growing for 15 consecutive quarters.

“Some 94 million people live on less than $1.90 a day, more than in any other country, and the number is swelling.

“By 2030, a quarter of very poor people will be Nigerians, predicts the World Data Lab, which counts such things.”

The report said the naira was overvalued, adding that this was because the government had spent decades neglecting basic public goods such as roads, schools and electricity.

It said, “Where urgency is needed, Mr Buhari offers only caution. Few are holding their breath for any more drive in his second term, which began on May 29th.

“Yet officials are postponing a crisis, not averting one. Consider borrowing. The debt-to-GDP ratio is 28 per cent, but Nigeria collects so little in tax that interest payments swallow about 60 per cent of federal revenues.”

The Economist said that public finances would be healthier if the government raised the price of fuel, which is imported by the Nigeria National Petroleum Corporation and sold on at a loss.

It said last year, subsidy was worth at least 0.5 per cent of the GDP, noting that this was almost what the government spent on health care.

“Politicians are scared to end the subsidy. An attempt to do so in 2012 led to massive protests.

“Although the government has expanded the school-feeding programme and is working on a safety net for the poor, most citizens get few benefits from the state,” it added.

For Nigeria to prosper, it said the government should harness the potential of its 200 million citizens.

It said currently, the citizens were ignored except when politicians needed votes