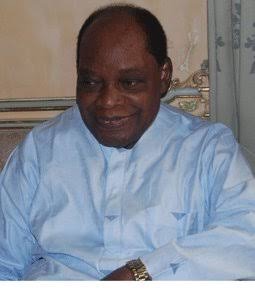 The court perpetually restrained the 3rd defendant from “disposing, selling or alienating any of its personal assets, money, share, stock and other negotiable instrument until the judgment sum is fully liquidated.”

The judge also ordered Leadway Trustees Limited, which is the 6th defendant in the suit, to surrender all the title documents in its custody in relation to the property and other documentation connected and or pertaining to the extant transaction of which the plaintiff is a beneficiary to the bank.

The bank had taken the defendants to court in a bid to recover the loan advanced to the 1st, 2nd and 3rd defendants in 2007 to built Le Meridian Grand Tower.

Also joined as defendants in the suit are the Corporate Affairs Commission, the Registrar of Title, Federal Land Registry, and Leadway Trustees Limited.

The bank had told the court that the defendants had become insolvent or bankrupt and were unable to meet their financial obligation to the bank.

In his judgment, Justice Saidu said the 1st, 2nd and 3rd defendants admitted being indebted to the bank but did not show to the court how they were going to liquidate same.

The judge had earlier ordered 19 commercial banks in the country not to allow the 1s, 2nd and 3rd defendants to make withdrawal from their accounts pending the determination of the suit.