Just In: Protest Rocks Katsina Over Kidnap Of Schoolboys 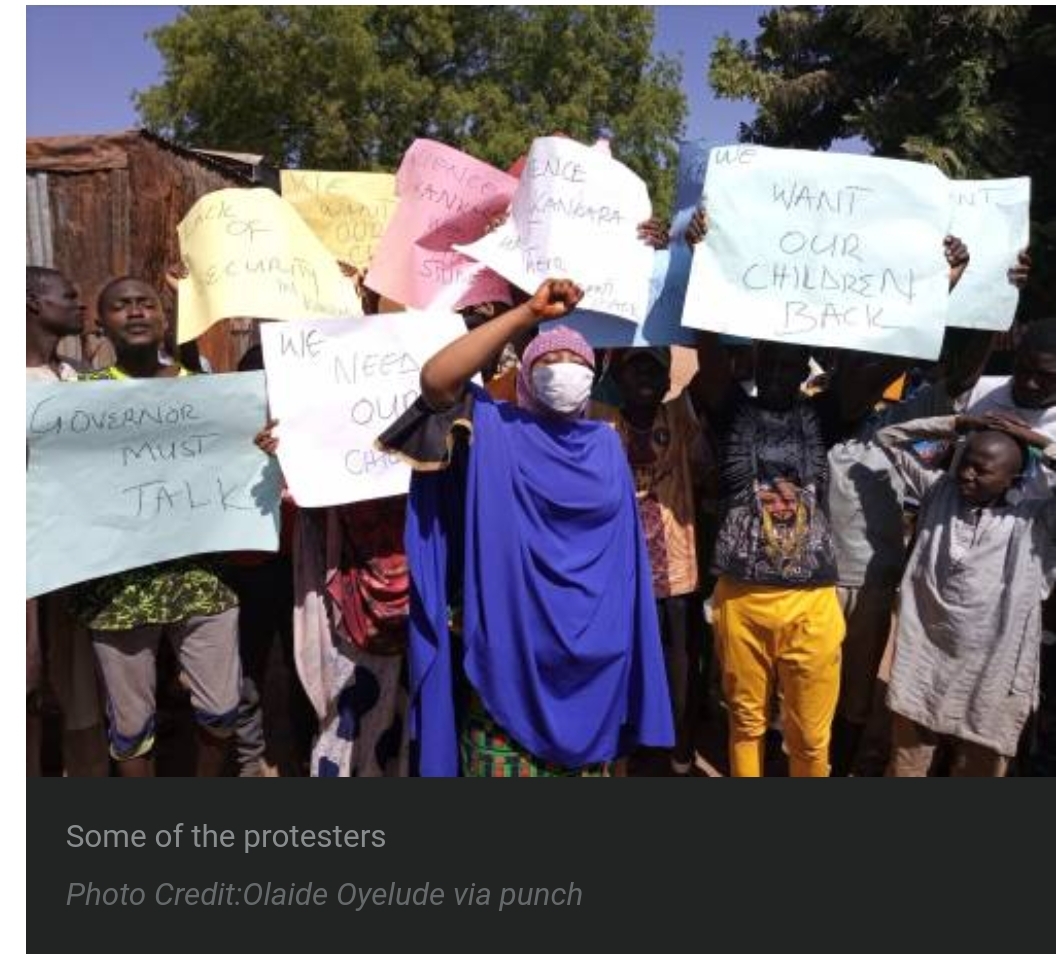 There was a protest in Kastina State on Sunday over the abduction of many schoolboys from the Government Science Secondary School, Kankara in the Kankara Local Government Area of the state.

The protesters demanded the prompt rescue of students abducted by bandits on Friday night.

The protest was led by a woman who identified herself as one of the mothers of the abducted students.

The protesters went around the school’s premises, and some parts of the town with placards conveying various messages, among which are ‘Government must speak out’, ‘We want our children back’ and ‘We want security in Kankara’.

Meanwhile, the Coalition of Northern Groups has threatened to mobilize students and youths to go on protest in Katsina state if the abducted students were not rescued on time.

The chairman of the North-West zone of the group, Jamiu Aliyu, who addressed a press conference in Katsina said, “We condemn in totality this barbaric act and call for the immediate arrest and prosecution of the culprits, we equally stress the inability of the government to protect those young, innocent, vibrant students from this horrible attack as uncalled for.

“Failure of the government to rescue the missing students within the shortest period, CNG will not hesitate to mobilize hundreds of thousands on the streets of Katsina state for a continuous protest, until the students are fully rescued, even if it’s going to cost our lives.”