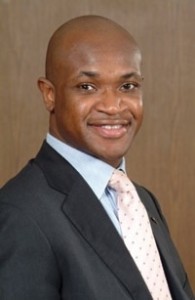 These days, Nigerians are getting fed up with the illegal activities of those who are supposed to manage their funds for them, the bankers. Last month, some bankers and their cohorts were arrested by the police for being involved in an N8 billion scam.
The rate at which corruption is now dominating the banking halls is very alarming. Just of recent, two workers of First City Monument Bank (FCMB), Andrea Chizoba Okpalangwu and Hadishatu Sule, were arrested by the Nigeria Police Special Fraud Unit for an alleged fraud of N146, 633,000 against the bank.
Chizoba and Hadishatu were alleged to have masterminded a fraud through document forgery showing 45 ghost staff of certain Bizmate Energy company. Despite the facts and figures of the fraud committed by these bankers of a reputable institution like the Subomi Balogun-owned bank, the bankers have been left off the hook with a tag of champions dangling around their necks. Many people were taken aback when the judge struck out the case when it was obvious that the bankers committed the crime.
It was gathered that the bankers jumped bail and since then, they have not been found. City Rovers Magazine further learnt that the inability of FCMB which has the particulars of the runaway bankers to help the police with their whereabouts irked Justice Tsoho who eventually struck out the charge for lack of diligent prosecution.
The facts around the story have it that FCMB Head of Legal Services, Olufemi Adekunle wrote a petition to former Lagos State Commissioner of Police when Sterling Bank Plc alerted the bank of the suspicious transfers from an account in FCMB to an account in Sterling Bank namely Bizmate Energy. The legal department also got to know that the money was later transferred from Bizmate back into various accounts in FCMB.
The development, we gathered led the Group Internal Audit Unit to conduct investigations and discovered that 45 staff of Bizmate Energy maintained individual salary accounts at FCMB which were availed with Salary Plus Loan that later went up to about N146, 633,000.00 based on categorization of the company carried out by Andrea Okpalangwu, a staff of Adetokunbo Ademola branch of FCMB, who was the account officer for Bizmate.
It was further discovered that while Andrea introduced Bizmate Company to FCMB, he lied and presented forged documents which indicated that the company had a turnover of N1.2 billion in 2011 and over N900 million in the financial year ended of 2010 but in the course of the Audit Unit’s investigation, it was gathered that the company’s Abuja and Lagos head office addresses were only subterfuge.
It was also learnt that the Salary Plus Loans availed to the staff of Bizmate Energy were yet to be serviced till the blowing wind exposed what was underneath the fowl feathers.
This led to the arrest of both Andrea Chizobia and Hadishatu Sule by the Special Fraud Unit for questioning. They were later arraigned at the Federal High Court, Lagos and charged on a four-count charge of stealing, forgery, conspiracy, and intent to defraud which contravene the provision (3) of sections 463 punishable under section 390(7) and 467 of the criminal Code of Conduct Act Cap C38 Laws of the Federation. Knowing the gravity of their atrocities, and to the dismay of Justice James Tsoho of the Federal High Court in Lagos, both Okpalangwu and Sule jumped the administrative bail they were granted. All efforts by the Nigeria Police force to locate their whereabouts have been futile.