The Speaker of the Lagos State House of Assembly, Rt. Hon. (Dr) Mudashiru Obasa, has been named and decorated the first ever grand patron of the Nigeria Association of Women Journalists (NAWOJ) in Lagos state. 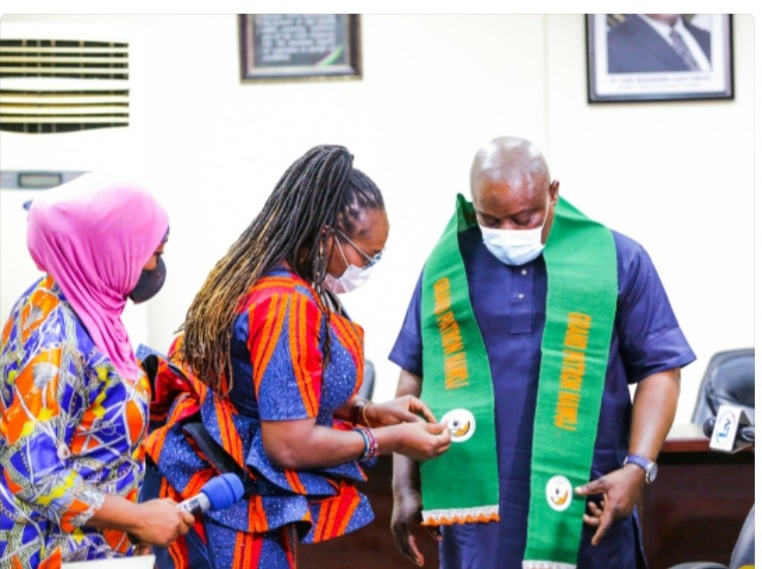 The honour was bestowed on the Speaker on Tuesday evening by a delegation from the Lagos branch of the notable body led by its chairperson, Adeola Akinwunmi Ekine, as part of this year’s International Women’s Day celebration.
Adeola noted the association with over 500 members had followed the activities of the House over time, particularly as they relate with the focus on the protection of the female gender in Lagos.
According to her, the association is happy that the House had constantly spoken and legislated against domestic and gender-based violence as well considered a bill to curb the incidences of rape.
Apart from these, the chairperson noted that the Speaker brought pride to Lagos with his successes he achieved as the chairman of the Conference of Speakers of State Legislatures in Nigeria.
She also commended the House for the ensuring live broadcast of plenary activities saying this had eased the process of gathering and writing stories.
While pledging the support of the association for the Speaker and his activities, Adeola noted that NAWOJ under her leadership in the state had plans to touch the lives of residents and attract young people to take interest in the journalism profession. 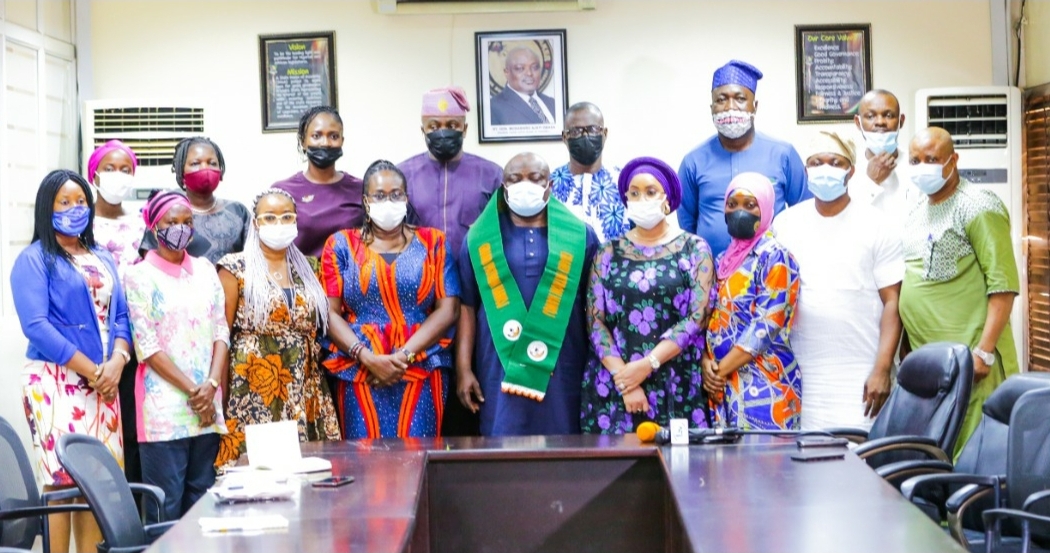 Commending the association for honouring him, Speaker Obasa described journalism as a respected profession across Nigeria and the world.
He, however, said there was need for the professionals to self-regulate themselves as well as create a system to sanction fake journalists and carriers of fake news among them.
“It is very important. When you look at the Nigeria Bar Association as a body, there are internal mechanisms where members who err are dealt with,” he said.
Noting that there are fakes in other professions, Obasa, who said he had been a victim of blackmail by some fake media practitioners, argued that sanitizing the journalism profession would save the genuine media organisations and the true journalists from issues of trust from the public.
In a related development, Speaker Obasa on Tuesday admonished the Lagos state Muslim Pilgrims Board to idealise ways of better service to pilgrims who travel to Saudi Arabia through it.
Obasa said this when members of the board led by its executive secretary, Isola Rahman, visited him to solicit for support and cooperation with members of the House ahead of pilgrimages to the holy land.
Obasa, who urged the board to establish a relationship with the House Committee on Home Affairs, added that better services to pilgrims would attract many more residents who want to travel through the board.
Rahman earlier commended the Speaker for sponsoring many less privileged Muslims on pilgrimage adding however, that general patronage of the board had dwindled over time possibly as a result biting economic challenges.
He solicited for the support of lawmakers ahead of future .