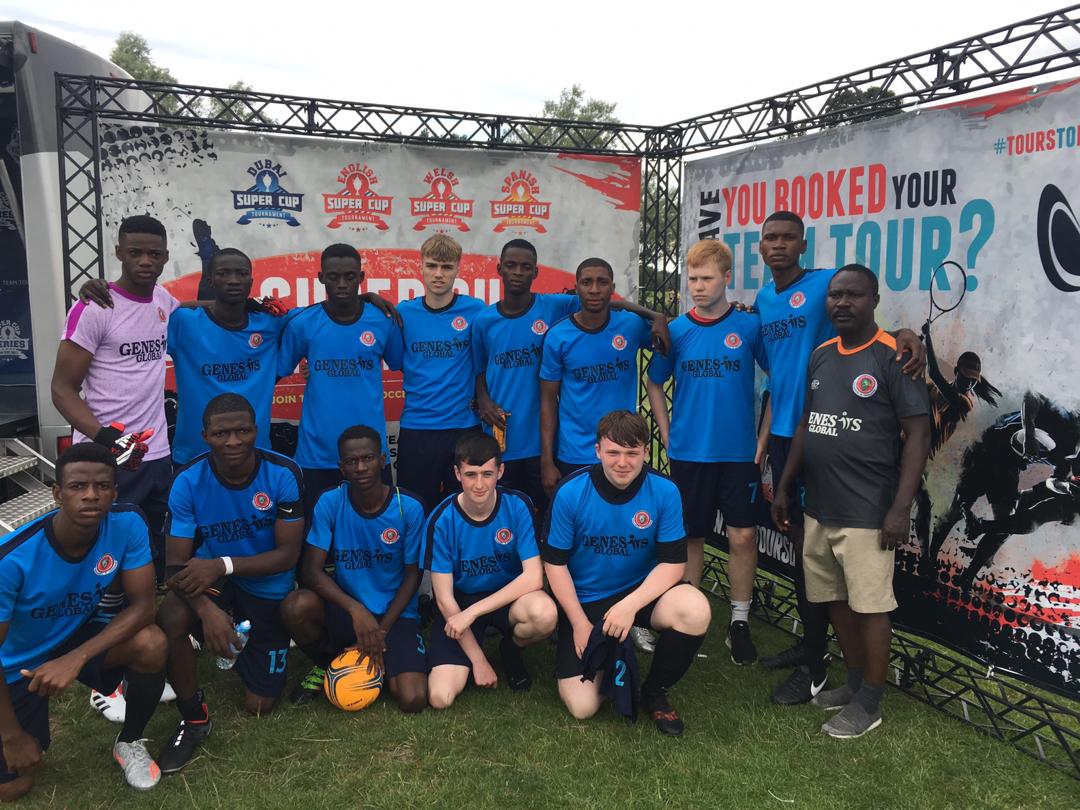 Players and managers of Genesis Global Football Academy have left the shores of Nigeria for the United Kingdom to participate in an English tourney.

Prophet Israel Oladele Ogundipe, Shepherd in charge of Celestial Church of Christ, Genesis Global made the announcement on during a service of the church on Tuesday.
He gave thanks and honour to God for blessing his football academy with U.K visa thereby enabling Genesis Football Team to compete in an English tournament commencing Today.

Ogundipe admitted that though it has not been an easy task building the team as well as funding the team’s welfare from the outset, God took charge to the glory.

“I took it upon himself to make sure a single penny was not paid by any of the players because I have the mission of raising people and not making money out of people,” he said.

Prophet Israel Oladele Ogundipe added that “we have both Christians and Muslims in the team. It does not matter whether you are a member of Church or not; Genesis Global is all about love; no religious discrimination.”