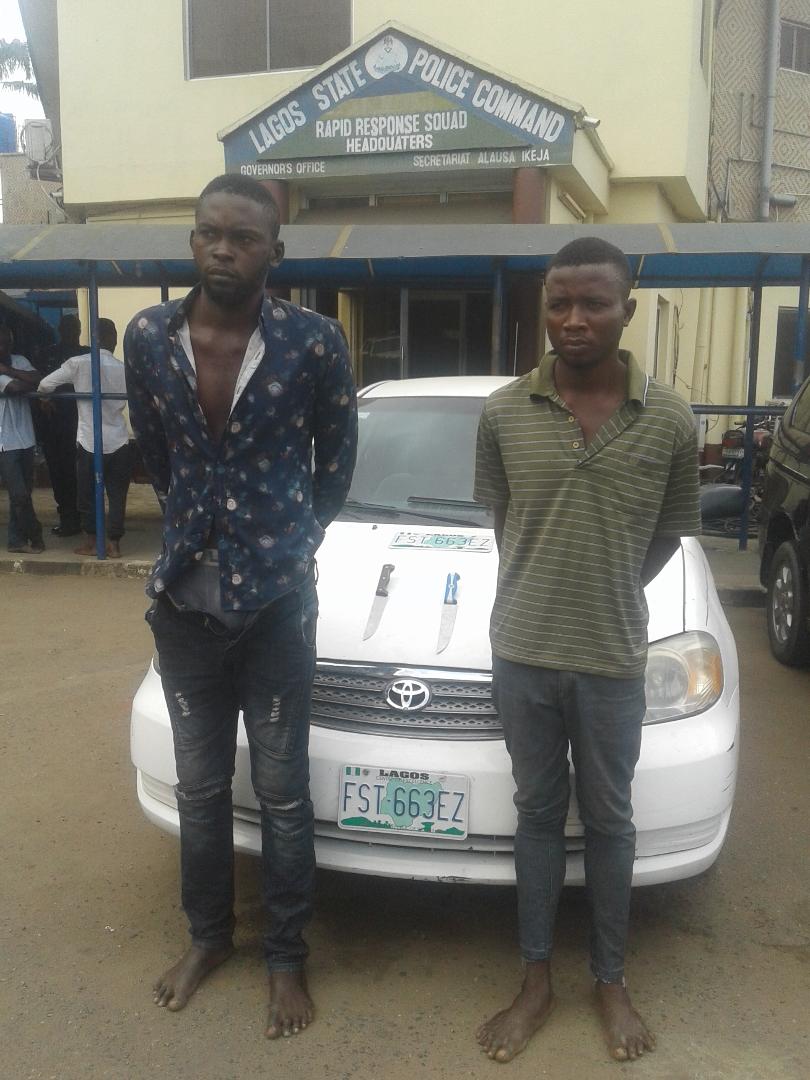 Two of the robbery suspects arrested by the operatives of Rapid Response Squad (RRS) of the Lagos State Police Command for killing a Taxify driver and snatching his vehicle have confessed that they formed their robbery gang in Kirikiri Prison.

The suspects, Simon Tyozemda (27) from Benue State and Lucky Friday (24) from Delta State were arrested on Wednesday, 14th March, 2018 with two long knives inside a UBER operated cab, a Toyota Camry Saloon with the registration number APP 145 EE, which they had planned to kill its driver and steal.

The gang leader, Simon had through his girlfriend’s UBER app ordered a Taxi at past 11:00 p.m. last week. The suspects plan was to lure the driver of the Toyota Camry to a desolate location, kill the driver and take away his vehicle.

The suspects were taking the driver to a lonely place on Lekki – Epe Expressway, Lagos, when their vehicle was stopped by RRS officers for a stop and search. The officers noticed one of the suspects seated at the back of the vehicle hiding a long knife.

Investigations revealed that the suspect’s intention was to divert the driver to a lonely place and snatch his Toyota Camry.

Further police investigations revealed that the duo ex-convicts who were released between December 2017 and January, 2018, from Kirikiri had sometime in February, 2018, in a similar manner snatched a Taxify Toyota Corolla with the registration number, FST 663 EZ along Badore Road, Ajah at bout 2:00 a.m. after killing its driver.

The suspects had after snatching the Toyota Corolla, sold it to one Mohammed Usman for N350,000:00. Mohammed had only paid N100,000 and was to move the vehicle to Jigawa when RRS Decoy Team arrested him. 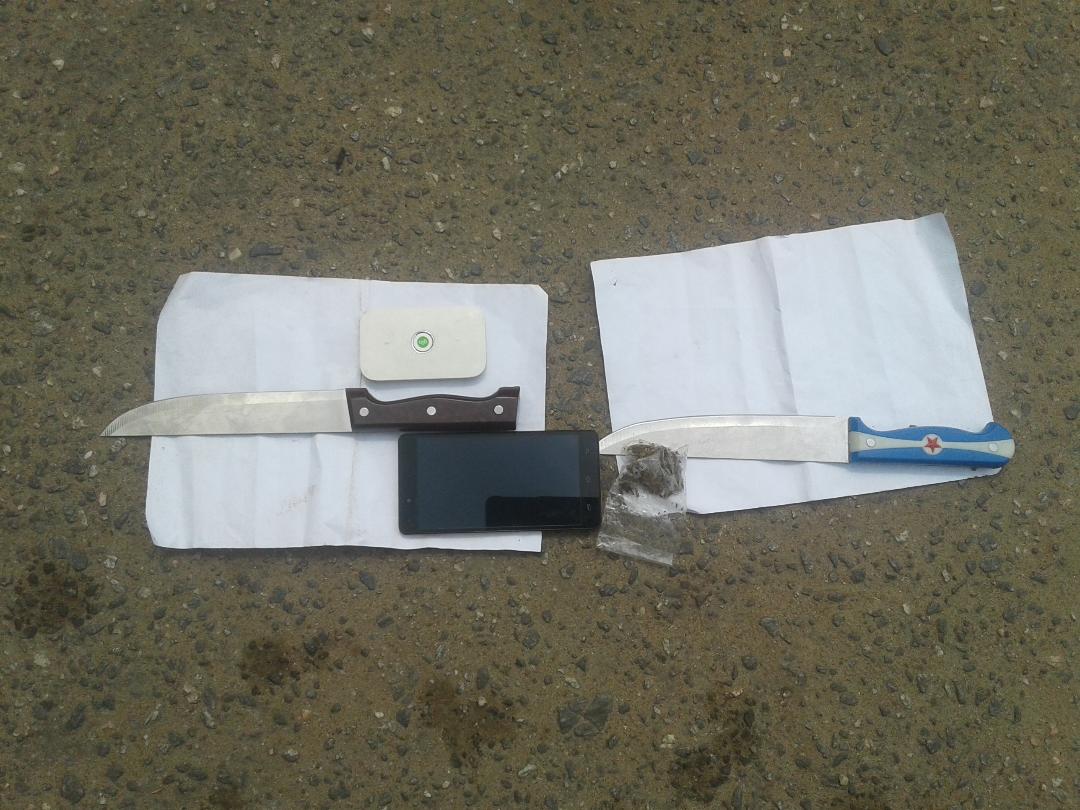 According to Simon, an erstwhile security guard turned stylist in Badore “I met my colleague, Lucky Friday in Kirikiri Prison. We became friends and when I was released I gave him the number of my brother for him to call me.

When he was released, I promised him I was going to assist him to resettle properly. Since then, we have been working and operating together”.

“Our first operation was where we killed the driver of the Toyota Corrolla. He was a Taxify driver. I stabbed the guy in the stomach twice and I dropped him off the vehicle on the road in Badore, Ajah at after 2:00 a.m. We threw away the knives and bought new ones for the fresh operation we were arrested for”, he added.

He continued “before killing him, I placed the order to Taxify cab to pick us up at Lambasa, Lekki at past 11:00 p.m. Our destination was Abraham Adesanya Estate but we needed a desolate location to snatch the vehicle from the driver.

It was the same business that took me to kirikiri prison. I was introduced into it by Michael. Unfortunately for me, I was arrested while Michael escaped. I spent four months behind bar. It is sad I’m being arrested again over the same business”.

The vehicle was about to be taken to Jigawa State the following day RRS Decoy team arrested the suspects.

Further investigations revealed that the Taxify driver, Godfrey Ovie’s remains was dropped in Badore by the suspects, where it was discovered the following day by the police.