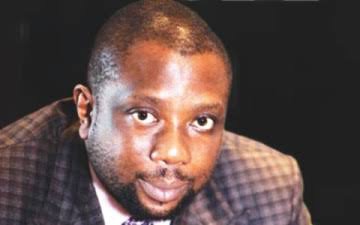 The joke is on Kola Aluko right now; having scorned the subtle nudge of reason in prosperous clime, Kola could not foresee his doom and eventual collapse of his oil business. It is sadder that Jide Omokore, his partner and benefactor, for whom he fronts, cannot prevent the once profitable cash-cow from untimely death in the slaughterhouse of roguish economics and maladministration.

As you read, Aluko, currently under investigation by the Economic and Financial Crimes Commission over his alleged role in a multibillion-dollar money-laundering scheme involving former Petroleum Resources Minister, Mrs. Deziani Alison-Madueke, has sold his Bel-Air, Los Angeles-California mansion for $21.5 million, after purchasing the sprawling residence in 2012 for $24.5 million, the Los Angeles Times reports.

Designed by architect Paul McClean and built in 2011, the contemporary-style home is built on over an acre of land, with a gated entrance, a subterranean garage and a 132-square-foot infinity-edge swimming pool.

As Nigerian and European authorities investigate him for a series of money-laundering and fraud-related crimes, Aluko sold the home last week for $21.5 million, taking a $3 million loss.

The 46-year old Aluko reportedly sold the property in an off market transaction which closed in April.
Thecapital