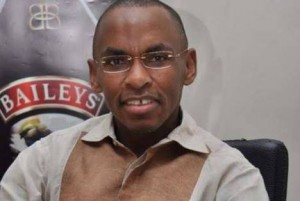 The bitting harsh economy situations in the country has claimed yet another casualties in the foods and beverages sectors in the country with the recent laid off well over five hundred of there staff. The stay at home order cut across all the departmets ranging from junior and top management levels. Learnt that there has been palpable fear in the minds of the staff for sometime now. One of the staff who spoke to us on condition of anonymity told us that for the past six months now our staff have been living in fear because we dont know what will happen next He went further that those affected most are the top senior management who have put in more than twenty years in the company. Further learnt that Guinness before now have been having some issues with the sales of there products. Global News learnt that some of there products especially Harp are not doing well again in the market, even the main product Guinness stout sales has dropped by 60% and this has drastically affected the income of the company. Also, with the introduction and a new market leader ( SabMiller ) also is another factor. SabMiller, came into the market with various refined products and cheaper brands. Also, they brought in there premium drink at a more cheaper than Guinness stout. SabMiller brewery are well position globally, especially in south Africa. Guiness, actually over staff in anticipation of various brands introduced into the Nigerian market, which obviously is not doing well at the moment. The obvious casualty next might be Nigerian brewery, which the SabMiller have an equally well blended beer called Millers. The brand have been taking consumers of Star lager beer and Heineken in a large form and creating a great impression and obviously cheaper than both beer. Consumers and govt forex policy had greatly affected Guinness. Harder days ahead. While battling with dwindling in sales of there products the scarcity of foreign exchange due to the “Federal Government’s recent policy on foreign exchange but the company in response to this harsh economy situation stated that “ We are reviewing the organisational structure of the business and looking at all the cost components in order to cut cost in view of the prevailing economic condition the country and the foreign exchange challenge. “Purchasing power in the country is low, we are not willing to raise prices and people are drinking cheaper brands.