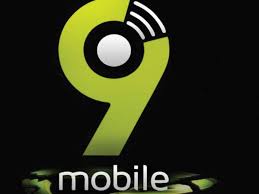 The crisis rocking Telecommunications Company, 9mobile has taken a new twist as telecommunications giant, Globacom, has distanced itself from media reports which insinuated that it was the preferred bidder to acquire 9Mobile.

A statement from Globacom reads that “We are bound by the terms of the acquisition process as stipulated by the authorities handling it and we will not in any way sway or deviate from the rules.

“We repose confidence in Barclays Africa, the Nigerian Communications Commission (NCC) and the Central Bank of Nigeria (CBN) which are handling the process that will lead to the emergence of a new owner for the company”.

Meanwhile, Spectrum Wireless Communication has issued a buyer beware notice on the sale of 9mobile. The solicitors to J. A. Achimugu and Co. and Dr. Reuben Atabo and Co., said by virtue of the judgement it received on some days ago, the transition board appointed to oversee the sale of the company (9mobile) had been nullified and the order appointing the board vacated.

Spectrum Wireless is also demanding a refund of its initial investment of $35m in Etisalat Nigeria.

The solicitors warned that any institution or company that transacted business for the purpose of the sale or acquisition of 9mobile did so at their own risk.

“My client wants his money back,” one of the solicitors, Atabo said while speaking with journalists at a press briefing in Lagos.

Atabo claimed that the $1.2bn loan secured by Etisalat was shrouded in secrecy as Spectrum Wireless was not aware of it.

He said findings showed that about $100m investment from Spectrum Wireless and three other non-bank investors was used to build infrastructure that some directors in the company used as collateral for the $1.2bn loan.

Atabo stated, “Our client and three other investors put in about $100m as of 2009. The $100m was used in providing infrastructure for the company. It was this infrastructure that gave EMTS the opportunity to go to the banks to obtain the loan of $1.2bn. Is it proper for United Capital not to recognise the original investor when they got the loan?

“We have written series of letters to the Nigerian Communications Commission as the regulating body conveying to them our investment and the need for them to come to our aid. They always tell us they are investigating for the past five to six years.

“Assuming they go ahead with the sale, we will not be recognised at all. It is better the issue is sorted out before the sale is completed.”

Following the inability to the resolve a loan of about $1.2bn obtained from a consortium of 13 Nigerian banks under the auspices of United Capital Trustees Limited, the Etisalat Group of United Arab Emirates withdrew its 45 per cent stake in the company.

As a result of the pulling out its business and brand name from Nigeria, a change of name from Etisalat to 9mobile was effected.

However, through the intervention of the NCC and the CBN, the takeover of the company by the consortium of banks was prevented and a board was put in place to see to the sale of the company.

Companies that have been reportedly shortlisted for the acquisition of 9mobile after submitting their expressions of interest to Barclays Bank include Bharti Airtel, Smile Telecoms Holdings, Helios Investment Partners LLP and Teleology Holdings Limited and Globacom.

The Federal High Court in Lagos had on Friday nullified the appointment of an interim board for 9mobile, the company that came out of Etisalat Nigeria following the pull-out of its major shareholder, Emerging Markets Telecommunications Service, from Nigeria.

Justice Ibrahim Buba made the order based on an application by Spectrum Wireless Communication Limited.

The court order nullified the appointment of Dr. Joseph Nnana of the Central Bank of Nigeria as the chairman of the 9mobile; Mr. Boye Olusanya, as managing director; and Mrs. Funke Ighodaro, as chief financial officer.

Other members of the board affected by the order are Mr. Seyi Bickersthet and Mr. Ken Igbokwe.

The judge made the order after dismissing a preliminary objection filed by United Capital Trustees Limited in response to the application by Spectrum Wireless, a shareholder of EMTS.

The interim board of 9mobile, which was constituted by the CBN and the Nigerian Communications Commission, had received bids from about five bidders for the sale of the company.

The sale was to be concluded by December 31, 2017 but it was recently moved to January 16.

Following the exit of Etisalat and its directors in June 2017 from EMTS, United Capital initiated an action in court and obtained an ex parte order on July 3, 2017 to appoint a transitional board to superintend over the affairs of the company.

The transitional board rebranded the company as 9mobile and announced a bid for its sale to interested investors.