Many Nigerians are not aware that there are negative and positive implications when they are applying to get foreign nationalities different from their Nigerian status. One of them has run into problem because he is holding a dual citizenship as a court in Nigeria ruled that he should be extradited to United Kingdom to face fraud-related charges simply because he is holding a British passport.
Presently, Nigerian-British citizen who is also the former managing director and chief executive officer of the Nigeria Security, Minting and Printing Company, NSMPC, Mr. Ehidiamhen Okoyomon, is running helter-skelter to ensure that he is not extradited to the United Kingdom for further trial for his fraudulent involvement in the NSMPC.
A district court in the UK had earlier issued a warrant of arrest against Okoyomon who was declared wanted over his alleged complicity in a bribery scam that involved officials of the Central Bank of Nigeria, the NSMPC and Securency International Pty of Australia. The Attorney General of the Federation and Minister of Justice in Nigeria, Mohammed Bello Adoke, SAN, told the Federal High Court that the said crime was allegedly committed between 2006 and 2008.
On the strength of an extradition application and the accompanying proof-of-evidence that was adduced before the court by the AGF, Justice Chukwu ordered the federal government to within 30 days, extradite the accused person to the UK. The plea of the ex-Mint boss to be allowed to face his trial in Nigeria was refused by the court which observed that he is equally a British citizen. Furthermore, Justice Chukwu noted that the accused person, all through his submissions, made no attempt to refute the corruption charges that are pending against him in the UK, even as the court ordered that he should remain in prison custody until the extradition process is perfected. Specifically, the court held that the 1931 Extradition Treaty between United Kingdom and America became applicable to Nigeria in 1935, hence “it is an existing law based on the meaning of Section 12(1) of the 1999 Constitution”. The judge maintained that the London Scheme on Extradition was duly domesticated in the country by virtue of Section 12 of the Constitution. Exhibits the court admitted into evidence against Okoyomon included an affidavit that was deposed to by one Tapan Debnah, a solicitor with the Serious Fraud Office, SFO, of England, which was sworn before a Westminster Magistrate Court. The affidavit gave a summary of the allegations against the accused, the punishment prescribed for the offences and the jurisdiction of the court to try the matter. The AGF, through his lawyer, Mr. M. S. Hassan, equally tendered the Certified True Copy of the charge against the former MINT boss, the warrant of arrest issued by a District Judge in the UK, an investigative report on oath deposed to by one Brenda Smith White before the Westminster Magistrate Court, a photograph of the accused person for easy identification, as well as a letter notifying the accused of his success in his application for British citizenship.
Hassan told the court that the UK government earlier notified the accused in advance of all the documents that will be used in his prosecution, stressing that Okoyomon would be given fair trial considering that he is also a British citizen. Meantime, Okoyomon has asked the Court of Appeal to set aside the order for his extradition to the UK for trial. In a Notice of Appeal he filed through his lawyer Dr Alex Izinyon (SAN), Okoyomon insisted that Justice Chukwu erred in law when he ordered his extradition to the UK despite the absence of a treaty between Nigeria and UK government. What baffles many why he is against his extradition to his ‘country’ is beyond human comprehension as to why he is afraid to go and face trial in the United Kingdom where he is a citizen. Perhaps, this is why Justice Chukwu ruled that he should be extradited at all cost, and to restrain him from going into hiding, he ordered him to be kept in prison custody to prepare to go and face his problems. 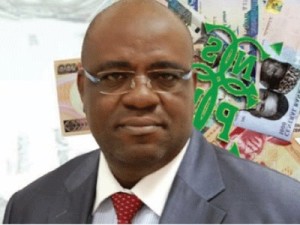