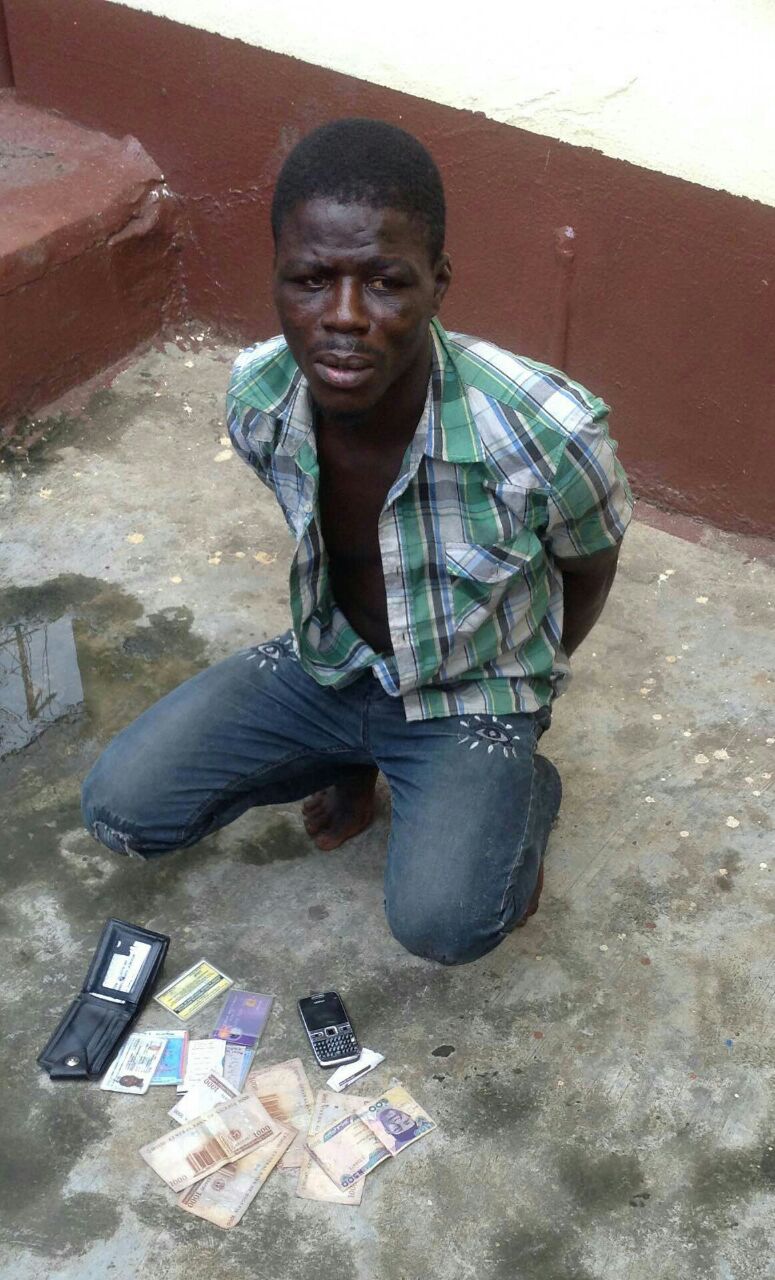 A Twenty-Eight year old suspect who was arrested by the operatives of Rapid Response Squad (RRS) for pick-pocketing proved his mettle by stealing N1,200 again inside the Police’s office during an interrogation.

The suspect, Deji Ayoola, was hitherto, nabbed by the patrol team of the squad at Ojodu Berger over the weekend for pick-pocketing a commuter trying to board a commercial vehicle to the Redemption Camp.

He had successfully perpetrated the crime before the RRS operatives who sighted him when he was removing the wallet pursued and arrested him.

Speaking with the victim over the incident, Ayodele Akerele said, “I collected a sum of N14,500 from Automated Teller Machine (ATM) from a bank at Berger on my way to the Redemption Camp. However, I had no inkling that my money had been removed. It was about the time to pay fare that I discovered my wallet had disappeared”.

“In fact, I had even forgotten about the money until the following day, when an operative from RRS called me that my wallet was recovered from a suspect when they nabbed him. The Policeman added that they found my mobile number inside my wallet which made it easy for them to call me.I was shocked to hear this because I had already lost hope of recovering the money”, he stated.

The suspect who lived at Mowe area of Ogun State, confessed to the crime and blamed devil for it.
“I truly removed the wallet from his (victim) pocket before I was arrested by the policemen. They bundled me to their office immediately. It was the devil who pushed me into the act. I pray to God to forgive me”, he pleaded.
It was gathered that during his interrogation at the RRS’s headquarters in Alausa, the suspect showed his skill again by stylishly stepping on a N1,200 which fell from a police woman’s pocket while she was removing her cell phone from the pocket.
When the money dropped on the floor, rather than to draw her attention to the money, he pocketed it.
Unknown to him, another suspect had seen him when he was hiding the money, and immediately alerted the officer that the money she was looking for was with the suspect.
The Lagos State Police Public Relations Officer (PPRO), Superintendent of Police, SP Dolapo Badmus, who confirmed the incident, said that the good people of Lagos State are sleeping with their eyes closed now as the crime rate in the state has drastically reduced.
The suspect has been transferred to the State Environmental Task fforce on Environment for prosecution.