A Federal High Court sitting in Lagos on Friday adjourned till March 11 further hearing in the $32 million fraud charge filed by the Office of the Attorney-General of the Federation against a Lagos socialite, Princess Toyin Kolade and 10 others.

Justice Peter Lifu fixed the date after both the prosecution and defence counsel adopted their respective written addresses on whether or not to hear the charge first or the objection to the charge filed by the defendant’s lawyer.

On the last adjourned date, the judge asked counsel to both parties to address him on the contending issue of Section 396 of the Administration of Criminal Justice Act, ACJA and fixed today for the adoption of the written addresses.

At the resumed hearing of the matter today, counsel informed the court that they had filed their respective addresses as directed by the court and were given the go-ahead to adopt same.

The judge had on last December 3, raised the issue of Section 396 of ACJA and asked the defence counsel to addresse him on it when the defendant brought an application to quash the charge against her without first taking her plea before the court.

The AGF’s office had dragged the 11 defendants before the court on charges bordering on conspiracy, obtaining by false pretence and fraud of $32 million.

Other defendants in the charge are; four India nationals – Prem Garg, Devashish Garg, Bhagwan Simgh Rawat and Mukul Tyagi – and two Britons – Marcus Wade and Andrew Fairie – said to be at large.

However, counsel to Princess kolade, Mr Dele Adesina SAN filed a motion asking the court to quash the charge preferred against the 7th and 10th Defendants/Applicants.

In the alternative, he prayed the court to strike out the names of the 7th and 10th defendants in the charge for several reasons.

They are: The charge and the proof of evidence failed to disclose any prima facie case and/or link or connect the 7th and 10th defendants/applicants to the commission of the alleged offences charged.

The Police Investigation Report Issued by the Commissioner of Police, Police Special Fraud Unit (PSFU), Force Criminal Intelligence and Investigation Department, Annex, Lagos which formed the basis of the Criminal Prosecution did not implicate the 7th and 10th Defendants/Applicants in any way or form.

The Police Investigation Report sufficiently cleared the 7th and 10th Defendants/Applicants from the commission of the alleged offences.

The 7th Defendant/Applicant is a clean, clear and responsible personality in the society and it will be unfair and unjust to drag her name and that of her Company (the 10th Defendant/Applicant) doing a lawful business into a criminal trial for offences they know nothing about.

The essence of this objection is to terminate the proceedings without this Honourable Court dissipating unnecessary energies to consider this unworthy and fruitless matter as it relates to the 7th and 10th Defendants/Applicants.

The justice of this case demands that the names of the 7th and 10th Defendants/Applicants be struck out from the charge.

The 7th and 10th Defendants/Applicants shall rely on the charge together with all other processes, Statements, Reports and documents filed by the prosecution in this case for the hearing of this application.

In a 24-paragraph affidavit deposed to by Abdul-Malik Abdul-Mutalib, a lawyer in Adesina’s law firm, the defendants had been doing clearing business at the NPA for many years without any blemish or stain whatsoever. 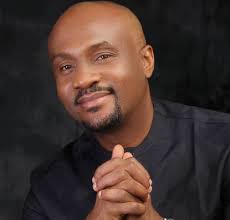