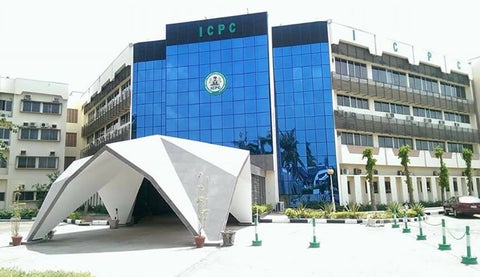 A lawyer, Oluwatosin Ojaomo, has asked the Independent Corrupt Practices and Other Related Offences Commission to prosecute an ex-Director of Finance and Administration at the defunct Ministry of Power, Works and Housing, Ibrahim Tumsah, and his brother, Tijjani Tumsah, for corruption.

Ojaomo, a former prosecutor with the Special Presidential Investigation Panel of Public Property, stated that the two brothers had got back the real estate and 86 vehicles they earlier forfeited to the government on the orders of a Federal High Court, Abuja in 2018.

The lawyer in a petition to the ICPC dated May 20, 2020 stated that the property included four houses in Wuse 2 and Jabi and a quarry plant in Kuje, Abuja, as well as 86 exotic vehicles comprising a Wrangler SUV, Audi ASL, Toyota Hilux van, Ford Taurus, Mercedes-Benz S550, Mercedes-Benz GL550, Toyota Land Cruiser, and Toyota Prado SUV.

According to the petition, copies of which were sent to the President and Vice President respectively, the property had been unsealed under suspicious circumstances and returned to two firms, Integrated Service Insurance Ltd and Integrated Bureau de change Ltd., belonging to the defendants who were arraigned on two counts.

Ibrahim was investigated by the SPIP chaired by Okoi Obono-Obla over his alleged failure to declare his ownership of about 86 expensive cars and other property, while Tijjani was probed for allegedly engaging in corrupt practices as the Vice Chairman, the Presidential Initiative on North-East.
The petition read, “It is on record that some of the exhibits recovered from the Tumsah brothers were allegedly bought in the name of two companies, Integrated Service Insurance Ltd and Integrated Bureau de change Ltd which belonged to the defendants.
“As an anti-corruption campaigner and special prosecutor with the defunct SPIP, I believe that allowing this matter to be swept under the carpet will not only affect the anti-corruption campaign of this government but will continue to affect the image of the government.”

Shedding light on the petition in an interview with SundayPUNCH on Saturday, Ojaomo said the ICPC should find out the person that authorised the illegal release of the forfeited property to the defendants.

He explained that the defendants had agreed to a plea bargain which involved the forfeiture of some of the cars before the SPIP was abruptly dissolved by the government.
He stated, “I was a special prosecutor at the SPIP and due to the fact that the office of the panel was not spacious, there was no place to park the cars seized from them, so they were sealed on their property with police officers securing the vehicles. Now, after the removal of Obla from the panel, they entered the property as if they have been released to them.

“They agreed to forfeit some of the vehicles to the government because they could not justify how they came about them as civil servants. If the people indicted can go back and take their property, the implication is that all the people indicted by the ICPC, the Economic and Financial Crimes Commission and the police can take their property back.”

Commenting on the development, the Chairman, Presidential Advisory Committee Against Corruption, Prof Itsey Sagay, said the defendants took advantage of the removal of Obla, noting that their action was wrong.

He said, “Taking back the property was wrong, they (defendants) took advantage of the removal of Obla. By law, the panel was not empowered to prosecute, but once the court has made an order, even temporary forfeiture, the defendants should have brought an application to have that order set aside and their property returned to them.

“If they didn’t do that, it is still illegal and so, whoever returned it to them without a court order has committed illegality and is in contempt of court.”

But the ex-director denied ownership of the cars, noting that they belonged to his brother. “They did not seize any property from me, it is a lie and media trial. The vehicles belonged to my brother,” he stated.

Tijanni in an SMS simply said the allegations in the petition were not true.

The ICPC spokesperson, Rasheedat Okoduwa, said she could not speak on Ojaomo’s petition, insisting that it was against the law.

“I can’t comment on a petition submitted to us, it is against our law. You have to go by whatever the petitioner might have told you,” she stated on the phone.