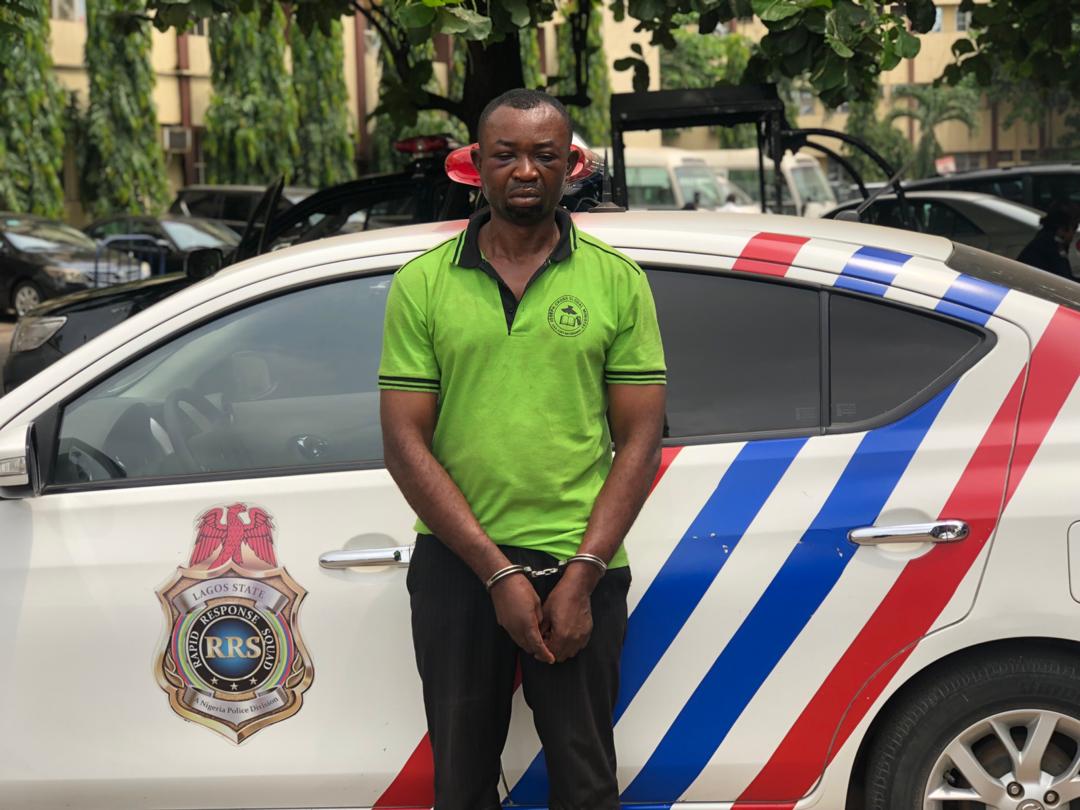 For Osuji Chibuzor, 42, the leader of a 4-man fraud syndicate operating in Ikeja, Ojota, Ojodu, Berger, Ogba, College Road and Agege, it was a bad business gone awry. He was lured into the waiting hands of police officers after his team had successfully swindled a 34-year-old lady of the sum of N165,000:00.

The suspect, whose role in the gang was to prophesy to victims after he or she must have been lured into their offices at 8, Afolabi Street, Iju Shaga and 7, Salami Street, Oko Oba, Agege, disclosed his gang used fake dollars to entrap their victims.

Osuji explained that his team members, comprising of Frank, Stella and Emeka drive out daily to lure suspects, who they would have tricked into their dollar making scam. He added that after luring the victim to their office, he is invited as a pastor to pray for the victim.

He noted that it is in the process of praying for the victim that he would start requesting for money for anointing oil, chemicals for the washing of the money and other charges. He added that frustration made him join the fraud gang three years ago.

“Although there are many gangs that we operate together but I only have four members in my own gang. We operate in Agege, Ogba, College Road, Ojodu Berger, Ojota, Ikeja and Alausa, Ifako – Ijaiye.
What I collected from the victim is N120,000. I know that my colleagues withdrew N45,000 from her ATM. I am ready to pay all the money back.

The 34 year old victim who did not want her name in print noted that she boarded a private taxi in Ojota to Ojodu Berger. “We were still in Oregun when the driver picked another passenger. I was at this point they started their trick on her.

I ended up in their office in Iju, where they collected all the money on me including the one in my account. They made me swear to an oath never to inform anyone. Thereafter, Osuji requested that I go get another N60,000 to complete the ritual”, she stated.

“After collecting N165,000, they still wouldnt let me rest. I borrowed N60,000 being the balance of what they needed. I was on the way to hand it over to them when I regained my consciousness.

Luckily for me, with the assistance of a patrol team of RRS men, I was able to lure him out and got him arrested”.

Reacting to the arrest, the Comissioner of Police Zubairu Muazu has directed Police to clean  every  part of the state especially the black spot area he mentioned . The Commissioner  has directed that the case be transferred while all the gang members be arrested immediately.