Over 300,000 Nigerians will be jobless if foreign airlines leaves…..NANTAP President 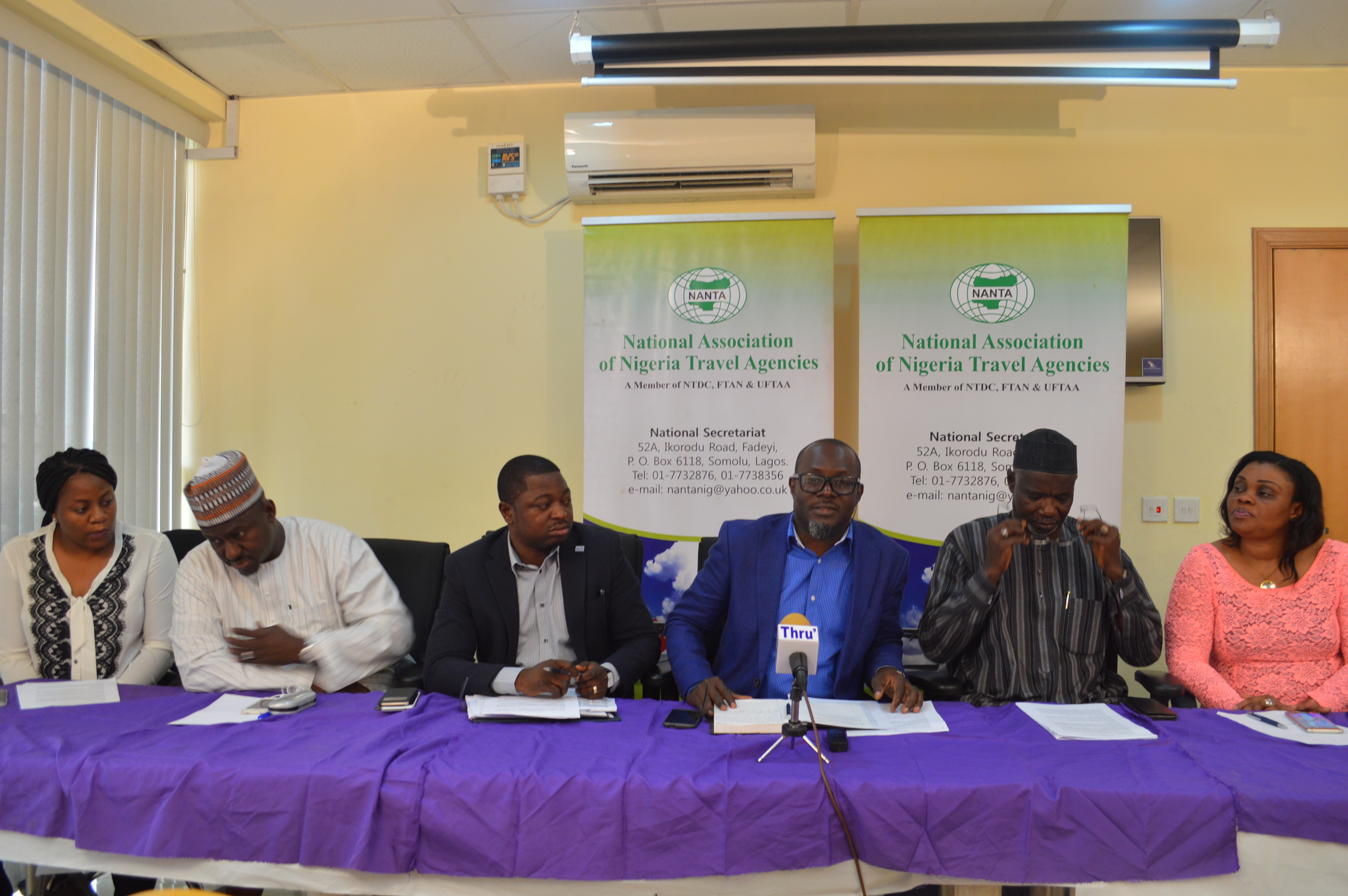 The foreign airlines threatened to close shop in Nigeria due to the lingering forex crisis, the National Association of Nigerian Travel Agencies, NANTA has warned that the country travel industry is at the risk of losing over 300, 000 jobs.

This is coming as anxiety continues to mount over the $591 million foreign airlines money trapped in Nigerian banks, which made difficult for foreign carriers to repatriate fund to their home country.
Speaking at a press conference at the NANTA House in Lagos, the National President of NANTA, Mr Bankole Bernard appealed to the airlines not to rush in withdrawing their services as it will further
deepen the current crisis which will affect over 300, 000 jobs in the up and down stream of the aviation sector.

Bernard stated that the development is going to affect every body, the travel agencies, government and the general public, stressing that if a ticket that supposed to be issued in Nigeria is issued in Ghana, the government will lose money.

“The government is equally losing revenue to neighbouring countries as tickets can be purchased from outside the country and once that is done, the taxes on such tickets will not go to the government through the withholding tax which they would have benefited from such transaction,” Bernard said.

While calling on the government to resolve the matter quickly, Bernard noted that the aviation industry contributes to the country’s Gross Domestic Product, GDP. NANTA president observed that if the industry is allowed to go down, it will affect the country as it will lead to more job loss like what
is happening in the banking industry.

He said that the Federal Government has already instructed the Central Bank of Nigeria (CBN) to come up with a flexible foreign exchange policy that will assist airlines to repatriate their funds.
NANTA boss stated that he is trying to build on what the previous executives have done.

Bernard added that the body has met with the Nigerian Civil Aviation Authority, NCAA and the permanent secretary Federal Ministry of Transport with a view of resolving the problem of the trapped foreign airlines money.

Bernard said this phase will surely come to an end as the minister of state for aviation; Senator Hadi Sirika is resilient in resolving the issue.

He disclosed further that most European Airlines, like British Airways, Air France KLM and Lufthansa are still selling tickets in naira, though for higher class tickets while few others are still asking for dollars like Delta Airlines and United airlines that has left.

Reading out NANTA’s position at the press briefing, the national treasurer, Zackary Abdulllahie also urged the federal government and her aviation agencies like the Federal Airports Authority of Nigeria,
FAAN, Nigerian Airspace Management Agency, NAMA and the NCAA to collect all aviation taxes, fee in local currency to reduce the naira exposure the government has with the airlines. He also appealed to their foreign trade partners to consider re-introducing other economy classes, even if it is at a higher fare, adding that It will be preferable to Nigerian passengers.

Abdulllahie used the medium to plead with their members to desist from dollar sales and to stand together as one and probably move business from those airlines that have insisted on selling in dollar to those that permit them to sell in naira, while he enjoined the airlines to be more patience with the unfriendly business environment.
Culled from Tribune