SSP And Son, Clarence Reunite In London After 31 Years Blood they say is thicker than water. That is the best way to describe what recently took place between Afro juju creator and master guitarist, Sir Shina Peters and his son, Clarence Abiodun Peters in faraway United Kingdom. We can confidently inform you that both father and son had fixed a meeting for United kingdom last week where they planned to meet and discuss important son-father issues.

The two of them were said to have met as planned and they discussed at length. The discussion, we were reliably informed, bothered on Clarence’s love life, career, projections and many more. So pleased were the both of them with each other that after the meeting, they posed for a photograph, something they have never done in years.

Before now, a lot of people were of the opinion that the strained relationship between Clarence’s mother, Clarion Chukwura and Shina Peters over the years may have led to a serious friction between Clarence and his father but both father and son proved all cynics wrong with this latest development which many people home and abroad have applauded.

While SSP is an international musician who has dazzled millions of people across the world, his 31-year-old son, Clarence is an accomplished musical video director. Hear Clarence, “I used to be scared of the camera because I saw it as very complicated. I knew all the rules; I knew everything about working with it, but the camera was a very scary thing. So when I got into film school, I decided to face camera head-on because I didn’t want to come back to Nigeria and find a director of photography telling me that I can’t achieve this or that when I know I can achieve it.”

The root of Clarence’s love for his art may lie in his genes. A musician father and an actress mother certainly make this view very proper. Shina Peters and Clarion met on the set of Ola Balogun’s 1980s hit movie, “Money Power”. Clarence started out early in life, his mother enrolled him as an apprentice with Tajudeen Adepetu’s Alpha Vision Media at the age of 12. While with the production outfit, he sank himself into the trade, learning the rudiments of television production, including handling of cameras and script supervision.

That was after he had a fling with acting, starring in a film as an eight-year old as well as featuring in a number of television productions. He was a member of the cast of popular drama, “Family Circle” at 13. At 14, he directed his first television commercial and by the time he was 16, he had become an assistant director and script editor for Sound City, the music and lifestyle channel. The big time beckoned when he directed 40 episodes of the TV series “Everyday People”, also at 16.

To hasten his transition to the big time, Clarence went to school in South Africa, where he studied film-making at the City Varsity Television and Film Academy. His return coincided with the rise in quality of Nigerian music videos. Clarence has been a major force in this artistic revolution.

But despite his success, just like his father, he is a very shy person and he avoids the limelight. “I hate it (limelight). That is why I hardly go out. I feel it is so hypocritical. You know, you have to say ‘hi’ to everybody whether you want to or not. You are expected to always smile no matter how pissed off you are. I am not just cut out for such.”

We shall keep you posted on this new found between father and son as events unfolds. 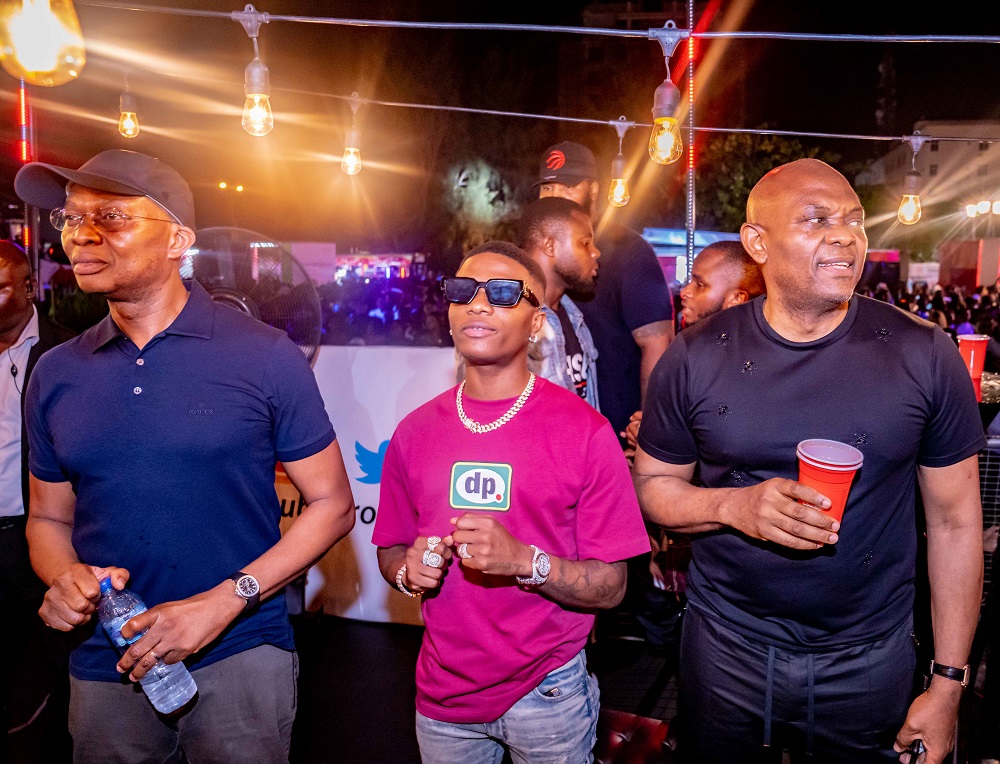