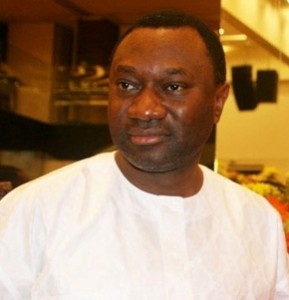 The much-awaited report of the fuel subsidy scheme probe by the Honourbale Farouk Lawan-led Adhoc committee was submitted on Wednesday, April 18, 2012. The report came after three weeks of public hearing before the House where several oil companies were invited to defend their participation in the scheme. The report which is over 200 pages, was brought in four ‘Ghana must go’ sacks by sergeant-at-arms. Lawan explained that the committee had concluded the compilation of the report and wa ready to present it to the House. After laying the report, the speaker directed the House Committee on Rules and Business to produce copies of the report to members.

The report has since generated a lot of controversies with many companies hiring solicitors to contest some of the contents and opinions contained in the report. Judging by the spate of rejoinders and counter accusations, Global News gathered authoritatively that a lot of companies indicted are battle ready. At least 17 companies are also gearing up for a legal suit against the house.

It will be recalled that at the height of the fuel subsidy removal crisis, the list of beneficiaries were presented to the house with Oando PLC listed as one of the major claimants under the scheme. Interestingly, the company was given a clean bill as its name was not among indicted companies. According to one keen analyst interviewed, it shows that the company was genuine in his presentation to the house that it did not involve itself in any foul play by participating in the scheme and that the quantum of his refund was in line with its leadership position of the sector.

The managing director of Zenon stated that there was no time that the company collected foreign exchange from the CBN and not used to bring in the products, that the reversal of the allegation by the House of Representatives Ad-hoc committee clearly vindicated the company.

The lawmakers said Zenon Petroleum & Gas Limited was not among companies that obtained foreign exchange but did not import petroleum products.

The ad hoc committee explained that the latest information available to it indicated that Zenon should not have been grouped alongside the others because they were not beneficiaries of the Petroleum Support Fund.

Also the group chief executive had stated during his presentation that Oando had in fact returned money to the federal government when it was overpaid. He drew attention to the company’s asset and how it is helping the nation tackle fuel demands. Honourable Lawan said the anti-graft agencies have been urged to commence immediate investigations on the level of culpability of the companies indicted in the report. It will be noted that the report recommended that those who refused to appear before the panel are to refund various sums of money including the Petroleum Products Pricing Regulatory Agency, PPPRA. This government agency is to refund N312,279,000,000 to bring the total money unlawfully collected by the agencies and others to N1,067,040,466,171.31.

At the house weekly press briefing, Honourable Lawan who doubles as House Chairman Committee on Education said, “There were tremendous attempts from government quarters and colleagues who wanted the report tilted to favour certain people and organizations,” but we felt that it would be better for us to channel resources from the sector for the betterment of the generality of Nigerians rather than a few of us.”