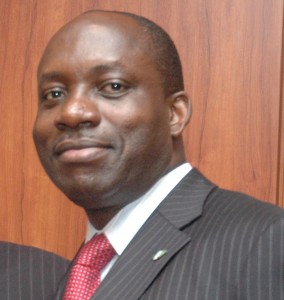 Professor Charles Chukwuma Soludo is one of the most gifted Nigerians by all standards. This University of Nigeria, Nsukka (UNN) graduate has over the years made Nigeria proud not only as an economic adviser to the president but also as an ambassador making the country proud in different fora. Soludo has been shining like a star and excelling as an administrator and an academician but unfortunately he has not been able to achieve the same feat in politics.

Over the years, he has tried to build a solid political platform for himself but the more he tries to achieve that, the more the structure crumbles before his very eyes. The journey of Soludo’s realization of his dream of becoming a politician started in 2010 when he decided to join the gubernatorial race of his home state, Anambra. He canvassed the vision that he would transform Anambra to one of the countries in the world with fast economic growth.

He contested the 2010 Anambra State gubernatorial election on the platform of the ruling Peoples Democratic Party (PDP) and lost to incumbent Governor Peter Obi of All Progressive Grand Alliance (APGA). After the election, he attributed his defeat to betrayal by some members of the PDP from within and outside the state.

We learnt that stakeholders of the PDP in the state were wrangling over the undemocratic manner the leadership of the party at the national level hand-picked Professor Soludo as the party’s flagbearer in that election when other more qualified and grassroots-oriented politicians who had served the party for many years and are loved by all were there, hence they collectively worked against his victory at the election.

He eventually failed to make the journey to Government House, Awka, despite declarations by several party chieftains outside the state including the incumbent chairman, Board of Trustees (BOT) of the PDP, Chief Tony Anenih, that PDP would recapture Anambra in 2010. In fact, Chief Anenih was quoted as saying that he was ready to change his name from Anenih to ‘Anene’ – an Igbo name – to convince the Anambra electorates that the leadership of the party at the national level was solidly behind Professor Soludo’s candidature.

But all that failed as most PDP stalwarts in the state distanced themselves from Professor Soludo’s gubernatorial ambition.  Some of them even contested against him in other parties to scuttle his chances of winning the gubernatorial race. And after the Independent National Electoral Commission, INEC, announced Obi as winner of the election, the first people who rushed to Government House, Awka, to congratulate the winner, were PDP members.

And years after he was literally ‘stabbed at the back’, he tried to pick the ticket of the party to contest in the forthcoming gubernatorial election, but failed. All his efforts aimed at becoming the PDP flag bearer yielded no fruit. Considering the fact that time was ticking away very fast and different permutations from different quarters especially by his loyalists and associates concerning the achievement of his age-long dream of becoming the governor of Anambra State, he had no choice than to leave the party and seek the gubernatorial ticket elsewhere.

And so, he resigned as a member of PDP.  In a letter he addressed to the national chairman of the PDP, Alhaji Bamangar Tukur, dated July 17, 2013, conveying his resignation from the PDP, Professor Soludo thanked the party for offering him the opportunity to serve it in some capacities.

“This is to convey my resignation as a member of the PDP with effect from today. Let me use this opportunity to thank the party for the opportunity given to me to serve it in some capacity. This resignation is without prejudice to the possibility of future collaboration with the party in any areas of common interest designed to advance the course of nation-building”, the one-page letter read.

Pronto, Soludo was registered as an APGA member at his Isuofia ward in Aguata Local Government Area by chairman of APGA in that ward, Mr. Okeke Anthony, and subsequently issued with the party’s membership card.

Shortly after his registration in APGA, the former CBN governor explained that his decision to join APGA came after consultations with various stakeholders that lasted for over one year. He said he joined APGA because he found the party as one that has sound and progressive ideology that would enable him transform Anambra State into “Africa’s Taiwan Dubai” of his dream.

After registering him, Anthony promised Professor Soludo that he would not be shortchanged in any way in APGA, assuring him that the party would avail him every opportunity to realize his political ambitions. He subsequently announced his intention to contest the November 16 gubernatorial election in the state on the party’s platform.

However, not a few APGA members said Soludo does not have passion for the party, but is only interested in a political party that would offer him a platform to achieve his aim of ruling the state. Beyond that, they said his ambition to fly the party’s flag has the potential of scuttling the party’s zoning arrangement.

This is because it is on record that Governor Obi has repeatedly said his successor would come from Anambra North Senatorial District, but Professor Soludo hails from Aguata Local Government Area, in Anambra South Senatorial Zone of the state.

Unfortunately, just as it happened in the case of PDP, Soludo once again was unable to realize his dream of governing his state next year as he failed to secure the gubernatorial ticket of APGA, the ruling party in the state. He was said to have been disqualified because his integrity could not be guaranteed as he is said to be standing trial before the popular anti-graft commission, the Economic and Financial Crimes Commission (EFCC). Soludo, who could not scale through the screening exercise was actually disqualified alongside immediate past secretary to Anambra State government, Henry Obaze, and three other aspirants by the screening committee.

The factional national chairman, Chief Victor Umeh faulted the court action instituted by Prof. Chukwuma Soludo against the party. Umeh, told journalists in Enugu, that the recent disqualification of the former governor of CBN by its Anambra State gubernatorial election screening committee was in order.

Dissatisfied with the party’s action, the former boss of Nigeria’s apex bank dragged the party to an Abuja High court where he is asking for the setting aside of the party’s decision. However, speaking with journalists in Enugu, Umeh, regretted that Soludo, could go to the level of dragging the party to court, even when he knew he had no case.

According to Umeh, “I think our brother Professor Chukwuma Soludo was not properly advised, because going to court is not the best thing he should have done”. Umeh insisted that disqualification of some aspirants by political parties including APGA, remained purely an internal affair of any party, hence, no court had the jurisdiction to entertain such matter. Umeh wondered why the economist-turned politician should resort to court in a very clear issue instead of joining hands with the leadership of APGA in rebuilding the once troubled and crisis-ridden party.

He further explained that reasons for the non-clearance of Soludo, and four others by the screening committee were clearly stated in the certificate of disqualification issued to them. He maintained that “the decision of the Onwuka Ukwa-led three-man screening committee stands, no matter whose ox is gored.”

Given the situation on ground, Soludo’s political travail can be said to be far from over as the verdict of the law court will give way to another fresh round of political tussle. Political analysts are, however, of the opinion that Soludo has been nursing the illusion that being successful as an administrator and academician is the same thing as being successful as a politician, a reason he has continuously failed as a politician. According to them, instead of Soludo to deploy all his human and material resources to developing the grassroots and start his campaign from there, he decided to play the big man and only relate with ‘Abuja politicians’.

A specialist in macroeconomics, he was born on July 28, 1960. He was appointed governor of the CBN by former President Olusegun Obasanjo, on May 29, 2004, a position which he held until 2009.

He studied economics at the University of Nigeria, Nsukka, (UNN), making first class in 1984.  He went ahead to obtain an M.Sc. in the same discipline in 1987; capping it with a PhD in 1989. He was named the best graduating student in each of the three levels. He has for several years been involved in research, teaching and auditing in such disciplines as the multi-country macro econometric modeling, techniques of computable general equilibrium modeling, survey methodology and panel data econometrics, among others.

In 1998 Soludo was appointed to the position of professor of economics at the University of Nigeria; the next year he became a visiting professor at Swarthmore College in Swarthmore, Pennsylvania, USA. He joined the federal government in 2003 as chief economic adviser as well as chief executive officer, National Planning Commission. He was later in May 2004, appointed CBN governor. He will long be remembered for restructuring the country’s banking sector; an exercise which saw weaker commercial banks merging with big, strong and reliable banks.