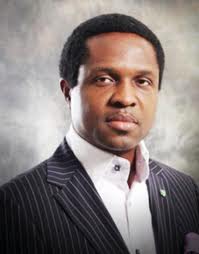 He is also an alumnus of the University of Lagos and Universidade de Brasilia, Brazil. A merit honours graduate of architecture, Tonye Cole worked as an architect for frontline Brazilian architectural firm Grupo Quartro SA in Goiania Brazil (’90-92) where he was involved in the design and implementation of the urban planning and city development of Palmas, the capital city of the newly created state of Tocantins. The city of Palmas was designed as a ‘green fields’ project and built up from scratch.

Amongst the projects he worked on in Palmas are the State Ministry of Justice HQ and the City Hall. Upon his return to Nigeria, Tonye Cole was recruited in 1993 as the Director of Operations EMSA S.A., a Brazilian civil engineering company, the 7th largest engineering firm in Brazil that was awarded World Bank-financed water projects for Lagos State Water Corporation. He was responsible for incorporating and setting up the Nigerian office, recruiting the local staff and managing the office. The company, in a joint venture with Sakamori Limited successfully executed three World Bank sponsored contracts valued at $58m and one ADB sponsored contract for Anambra State Water Corporation valued at $15m. Tonye socialises but rarely party’s.

The Managing Director of Sahara Energy Resource Limited which he co-founded in 1996 with his friends Tope Shonubi and Ade Odunsi. Sahara Energy started out as an oil and gas company whose core business at the time was the trading of excess fuel oil from the Port Harcourt and Warri refineries.

With a refineries combination of hard-work and dogged determination not to be a middleman in the transactions, Sahara Energy established itself as a credible trading house within three years with a respectable trading line from a first class international bank, BNP Paribas. This has enabled the company to carry out transactions from the point of purchase from the refinery, chartering of vessels and shipping the products, to the point of sale and delivery to the end users. Within five years of operations, Sahara Energy had diversified into storage depot and vessel ownership, building depots in Lagos, Onne and Abuja with a combined capacity of 55,000 metric tonnes and a fleet of five vessels moving products across West Africa. Today, Sahara Energy is a major employer of labour with a staff strength of just over 300 people. The company also has a growing portfolio which includes upstream assets with a marginal field block awarded in 2003 and an equity partner in Block 5 of the JDZ awarded in 2005.

Sahara Energy remains very strong in the trading sector and has set up a trading office in Geneva, Switzerland which actively trades in crude oil, gas oil, Jet A1, mogas and bitumen in various markets globally. The company also maintains a strong physical presence with in Ghana, Ivory Coast and Senegal and representative offices in Cameroun, France and Brazil. Sahara Energy is participating in the privatisation exercise for the Port Harcourt Refinery.

As for Tope who love to help his fellow human beings claimed that his Nehemiah project is designed to touch the lives of the less privileges in the society especially which he designed the project to assist.

The story of dynamic Tonye Cole cannot be completed without his partner Temitope Sonubi who he formed Sahara energy with in 1996,their relationship has been described overtime by people as partnership that works because of the way they runs the business together.

Sahara Energy remains very strong in the trading sector and has set up a trading office in Geneva, Switzerland, which actively trades in crude oil, gas oil, Jet A1, mogas, and bitumen in various markets globally.