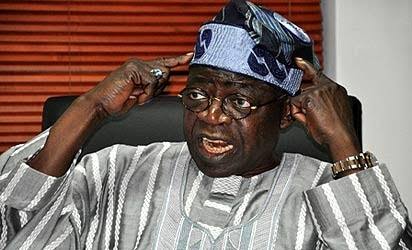 The name of the national leader of the All Progressive Congress, Asiwaju Ahmed Bola Tinubu appeared yet again like a recurring decimal in the on-going gang war that has embroiled Oshodi and its environs in the last two weeks as one the factional leader of the National Union of Road Transport Workers(NURTW) Mr.Adedigba Adepegba popularly known as Tallo Skibo has indicted Tinubu.

Tallo who recently released a string of on-line videos to explain his side of the story and to appeal to the State authorities to come to his aid warn his opposing faction not to kill him said in one of the videos that have since gone viral openly said Tinubu and others employ their services during political party elections in order to win elections.

Also in the said on-line video, Tallo minced no words when he said they regularly meet Tinubu who give them orders on which politician to support during general elections or any party elections whatsoever. He said some powers-that-be in the state are strongly behind the Ogunsanya-led (MC Oluomo) faction of the NURTW and he (Oluomo) moves around with security operatives from the State Anti- Robbery Squad(SARS) and that makes him unstoppable at Oshodi.

We gathered from close sources to Tinubu that the latter was not only embarrassed by the on-line videos released by Tallo but it also came as a rude shock to him that Tallo could link him with the on-going mayhem that has claimed a life and that may be why TalloSkibo and other factions are now being cautioned by the police.

In the said video Tallo claimed that they went to meet Tinubu in comapany of his own faction , at the meeting Tinubu told them to go and organized rally prior to a certain election. Though he didn’t disclosed the amount they were given, however he was quick to mention that Tinubu gave MC Oluomo fifteen million naira when he visited the APC leader to counter Tallo and his group

Meanwhile,vTallo and two other gladiators in the National Union of Road Transport Workers (NURTW) Oshodi factional clash have been arrested by officers of the Governor’s Task Force so the chaos wont assume a frightening dimension as Tallo’s camp is reportedly still bitter with the death of “Hamburger” who was murdered in cold blood in the on-going gang warfare.
According to the state police command, Taloo, Alayoo and Ijee were arrested by the Olayinka Egbeyemi-led task force in order to bring sanity to this part of state after a prolonged crisis that has rocked Mafoluku and other parts of Oshodi after the killing of the chairman of tricycle operators in the area, Chief Aro Razak Bello, popularly known as Hamburger.
The Lagos State government has also assured members of the public of safety of lives and property around Mafoluku, Shogunle, Sadiku, Ladipo and the entire Oshodi area of the state and to further maintain peace the Akinwunmi Ambode led executive has also proscribed NURTW activities in Oshodi.