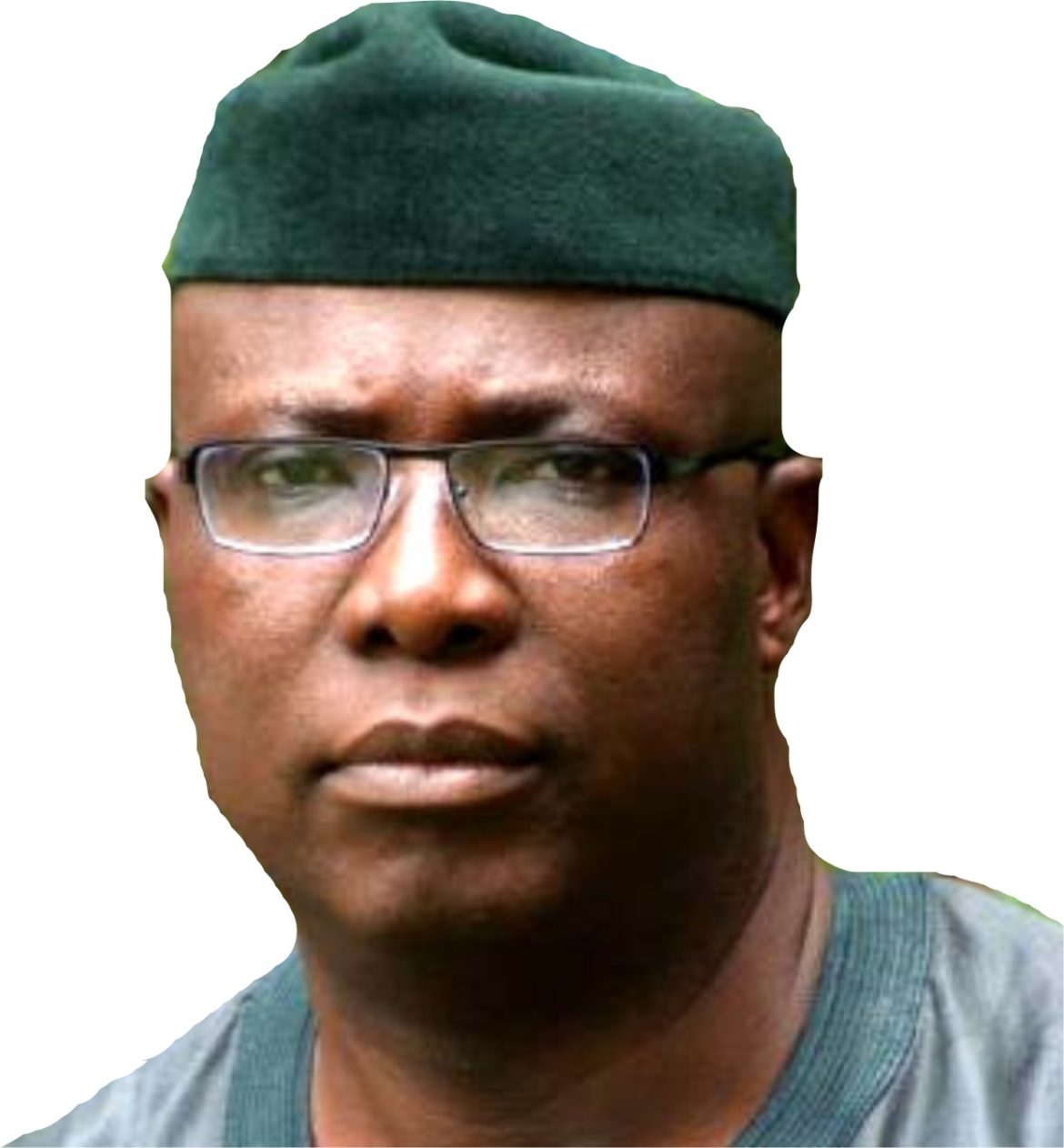 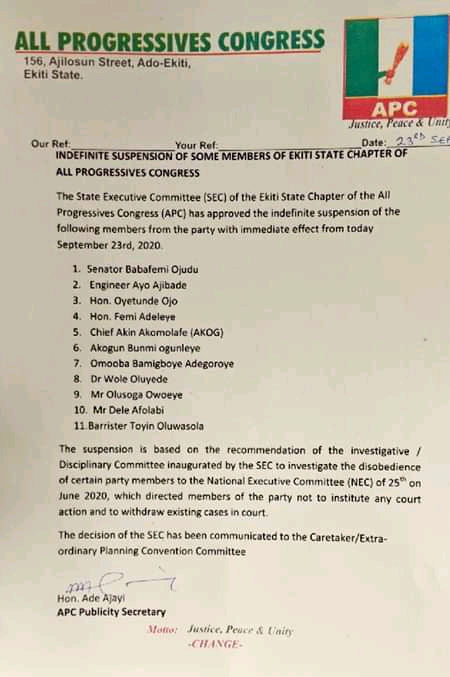 The State Publicity Secretary, Ade Ajayi, stated that“The suspension is based on the recommendation of the investigative/disciplinary committee inaugurated by the SEC to investigate the disobedience of certain party members to the National Executive Committee (NEC) of 25th of June 2020, which directed members of the party not to institute any court action and to withdraw existing cases in court.” 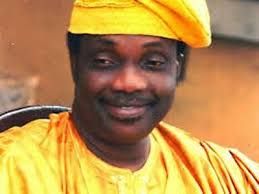