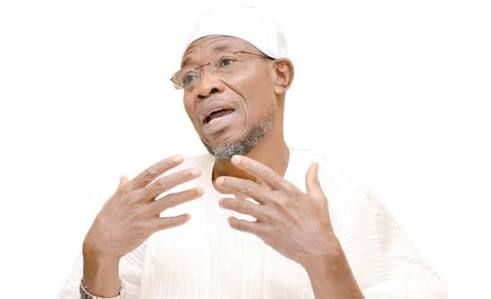 As the old saying goes that a golden fish has no hiding place, the just concluded July 8 bye-election and electioneering campaigns to fill the senatorial seat vacated by late Alhaji Isiaka Adeleke ( Serubawon) the whole of Osun West Senatorial District and indeed the political scene of the State of Osun has welcomed the arrival of a new kid on the block in the person of – Alhaji Dr. Ademola Nurudeen Adeleke who is the immediate junior brother of late Serubawon whose untimely death about two months ago has thrown the spotlight on his amiable brother.

Ademola Adeleke who is not a kid politician having understudied his late brother during his (Isiaka Adeleke) days as the first executive Governor of Osun State.Although Ademola may be a greenhorn when it comes to real volatile politics of Osun State and this may well count against his many political enemies in the State who can’t see this new movement that is sweeping through Osun West Senatorial District,nay the whole of Osun State.

Ademola apart from being a bit identical to his late brother also have many things in common with late Serubawon. As you read this, Ademola Adeleke is the only name on everyone’s lips in the whole of Osun State – and this is the source of worry for the incumbent Governor of Osun State who has made series of political mistakes and miscalculations in the last two months, following the death of late Isiaka Adeleke. 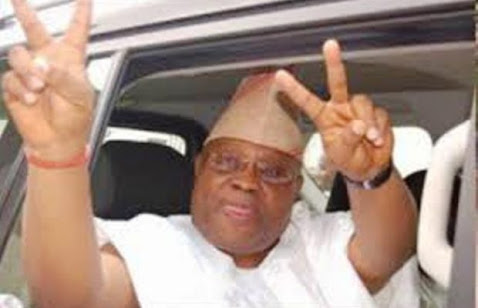 Ademola who many believe is a new comer has in the last eight weeks added a new page to his rising profile not only as a man of the people but someone who destiny, and through the death of his older brother had to close his eyes before taking a dive into the ever murky waters of party politics in Osun State. But surprisingly, it did not take him too long before he became a thorn in the flesh of Aregbesola who failed to support his bid to clinch APC’s ticket for the July 8th bye-election before angrily decamping to the PDP which welcomed him with open arms.

The political permutations of Aregbesola and his camp however failed this time around as the bickering between Saraki and Tinubu played out very well every step of the way and this ultimately paved the way for Ademola Adeleke’s emergence as a new political power block in Osun West and indeed the whole of Osun State as he drew sympathy from the people because of first, the death of his brother and second, because of the way he was treated in his bid to get APC ticket for the just concluded bye election.

At the moment, this Lagos-based businessman turned politician is having everything his way in Osun and in his new chosen political platform. Closely guiding and tutoring him in the art of politicking is one of the political heavyweights is Osun, Otunba Iyiola Ajani Omisore who was Deputy Governor of Osun State from 1999-2003 and who might also be trying his luck yet again in the state gubernatorial election which comes up in 2018. Now that Ademola Adeleke’s luck is shining brightly in Osun, one can safely conclude that his brother Isiaka must be a happy man wherever he is right now. 2023: Results will be transmitted in real-time to viewing Portal on election day – INEC