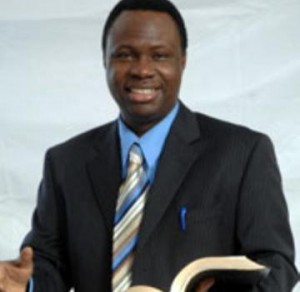 It is written in the Bible that by their fruits you shall know them. This is exactly what some people are currently saying about the drought of worshippers that is currently facing the fold of Pastor Samson Ayorinde, the presiding pastor and founder of World Evangelical Bible International Church (WEBIC), located in the Ogudu area of Lagos. At a time, he was rated as one of the most influential and popular televangelists of his time as there has been news of miracles happening to even those who watch his programmes in the confines of their homes and this informed the way miracle seekers trooped to his church every time there was service or any other church programmes.

He is said to have a special anointing to solve the problem of bareness and it is based on these that the WEBIC founder is referred to as “barrenness bulldozer.” Ayorinde has attracted wide membership within a short period of his ministry and this could be as a result of testimonies that people share on his television programme which is backed by the confirmation of those who call onto his Samson Ayorinde LiveTV programme, with some claiming they receive miracles from the ministering of Prophet Ayorinde just by placing a glass of water in front of the TV set as instructed.

He was in high demand and his programme moved from one television station to another with all programmes having heavy calling audience and it was as a result of this that he started vigils at different locations where hordes of women in search of the fruits of the womb, the unemployed, students and a host of miracle seekers wanted to have a feel of miracle coming from the stable of the pastor who is never in want of assistance as his wife, Pastor Mrs. Mercy Ayorinde was also handling one programme or the other on-air or at various locations across the country.

Just as his ministry is growing so also are many allegations, some having to do with his temperament. He was said to have beaten a church member to stupor at one time. He was also at different times accused by former members of his church of delving into things that were not godly.

Information reaching us now is that the pastor’s church has been facing a decline in membership as new ones are not coming while old ones are leaving in droves because of what they alleged is his fake miracles. Some claimed some of the so-called miracle babies are paid for; they even claimed the claims of miracles on television are paid for by the pastor. Another source accused the man of belonging to occult which they claimed is the reason he sacrificed a pastor of his church Emmanuel Olayinka who drowned on August 9, 2008 when he was performing water baptism for one of the church female converts, Miss Anita Osakwe in company of one Pastor Abraham of the same church.

Though the death of Olayinka generated a lot of heat during that time, it did not stop people from still trooping to the church in search of miracles, but the current turn of events is when some ex-members of the church who left in the heat of one of the many crisis facing the pastor started claiming that the power the pastor is using has lost its potency and that he has on different occasions prayed for people and nothing happened.

Issues compounded a couple of months back when the pastor was allegedly swindled by conmen. It was gathered that the man of God had a business proposal that had to do with bringing in security gadgets such as cctv, bomb detectors and other things for the church; he was said to have coughed out $28,000 dollars as initial payment after which the guys in question failed to show up with the supply. A source claimed this made some other members who still believed in the pastor to doubt his spirituality as he totally failed to detect the guys in question were fraudsters and that ignited the exodus.