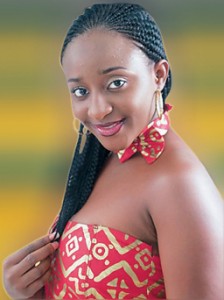 It would be right to say the Nigerian movie industry popularly called Nollywood is at the moment enjoying countless instances of child birth. The ladies who are plying the trade have been in the news a lot lately over issues that have to do with child bearing. While some have children in wedlock, the number of those with children out of wedlock, we can, say is overwhelming at the moment.

But despite the level at which Nigerian actresses are doing the business of child bearing, it is a thing of concern to many that Ini Edo Ehigwina whose controversial marriage to Philip Ehigwina since 2008 is yet to produce a child five years after their wedding, even with the rumour that she was at a time pregnant before she lost it.

It is worthy to note that Phillip was at a time married to a lady called Ruth Okoro, who he left for the Nollywood actress. In the case of their separation the lady accused him of using her to gain citizenship in the United States of America; the distraught lady also claimed that she lost her virginity to Philip whom she said robbed her of her naivety after which he deserted her and this has increased the belief of most that he will soon walk out on Ini Edo also but that is not to be at the moment. However, there has been so many stories making rounds that the man may be prevailed upon to take another wife who will give him children as the actress has not been able to do that five years into their marriage.

Yet, stories have been coming up that the screen diva’s plight and reason she has not been able to conceive is more self-inflicted than spiritual. Those in the know claimed she is actually responsible for her condition as she would not leave behind those things she is been doing while she was single even now that she had been married for about five years. They revealed that she actually took in some time back but lost the pregnancy due to her love for bottle.

She was notorious for her clubbing and consumption of liquor while she was single and this attitude she refused to drop even after she became married. Though many will claim this much has to do with the husband who she allegedly knows goes for anything in skirt. She was alleged to have caught her husband pants down with another lady before their wedding, a situation many said was enough for her to have put off the wedding but she decided to move on with the wedding and it was during this period she was said to have attacked a female journalist who she thought was dating her husband because she was able to get her contact from Philip who happened to be an acquaintance.

Though she was at a time said to have reduced her patronage of clubs, recently she has returned to the old habit and this time around stronger. She had been spotted on several occasions dead drunk in clubs. As if this was not enough, her mode of dressing did not portray her as a happily married woman and this has in the past raised so many questions about her marriage.

Some medical analysts claimed women who really want to conceive are meant to stay away from alcohol whereas Ini Edo is sinking deeper into the bottle.

With the recent pressure she’s alleged to be getting from the family of the husband, she may join the league of Nollywood actresses with broken marriages knowing fully well that Edo culture gives more power to families than anything and sources revealed that Ini Edo has been telling some of her close allies that with the way things are going, Philip might eventually give in to his family’s demands.