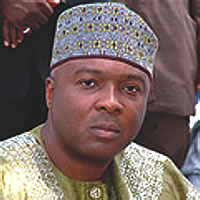 Many people may not know that there is no love lost between the arrogant speaker of Kwara State House of Assembly Honourable Razak Atunwa and the incumbent governor Fatai Ahmed because of the way both manage the animosity between them, but those who are close to the two powerful Kwara gladiators claim that the relationship that exists between them is like that of cat and mouse.

Learnt that as a result of his arrogance and pride, the speaker has never shown respect to the governor; he believes that they are contemporaries since they both served under ex-Governor Bukola Saraki as commissioners. Now, while others in the cabinet exhibit some manner of respect to the governor like calling him ‘His Excellency’, the arrogant speaker who made his way back to Nigeria from England where he was working as a low-income earning lawyer, calls him by his first name, Fatai.

Asides all these, the governor himself is said to have warmed his way into the bad books of many politicians in the state because of his pride, but many of them are tolerating him because of his closeness to the senior Saraki who made him what he is today.

While many people are still wondering why the former governor Bukola Saraki cannot call him to order, this magazine learnt that it is not possible since Bukola knew what he was doing by deliberately installing Razak Atunwa as speaker knowing that he was not a good friend of the governor; he just wanted someone who could checkmate the governor and control any his possible excesses in case he wants to make smart moves. 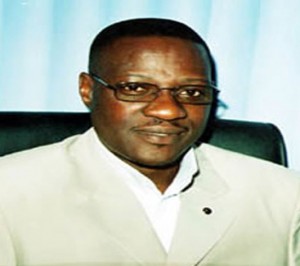 Meanwhile insinuations in Ilorin capital of Kwara State is that Razak and Bukola may be heading for a collision course just because the speaker is alleged to be closer to one of Bukola Saraki’s closest aides and former special assistant on domestic affairs, Tolu Maito, who is now seconded to Abuja as special assistant on inter-governmental affairs.

In another development, the former governor of Kwara State is now running from pillar to post to escape the invitation extended to him by the men of Nigeria Police over the allegation of fraud and murder of his former aide, Michael Abahor. Recently, Saraki tried to coerce a federal high court judge into granting a temporary court injunction against police investigators by filing an ex-parte motion to prevent the police from arresting him to respond to charges that he directly benefited from a N21 billion bank loan fraud but the judge declined to grant an order of restraint.

Aside the court, he is also said to have prevailed on the Presidency to wade into the matter so as to prevent the police from conducting the investigation, but he was said to have been given a cold shoulder by the president and his men who simply told him to go and face the interrogation if he was quite sure that he was not guilty. 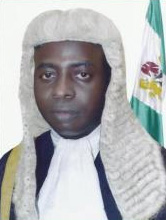 Mr Erastus Akingbola, the former owner and MD of Intercontinental Bank had in a nine-page petition in 2010, disclosed to President Goodluck Jonathan that Mr. Alabi had improperly written off N8 billion loans to companies with links to Mr. Saraki. He gave the companies’ names as Linkers, Dicetrade, Skyview Properties and Joy Petroleum.

However, the family of late Obahor averred that the senator’s former aide could not have owned a multi-billion naira company. Mr. Obahor’s relatives have also asserted in petitions that he was used as an unwilling front for the former governor.

“How can somebody who worked as an assistant to Dr. Bukola Saraki have the means to own a company with billions of naira in operating assets?” a source in the family asked. The family also alleged that his former aide Michael Obahor was killed in an attempt to cover up a fraud running into billions of naira though Saraki and his lieutenants disclosed that the deceased died naturally.