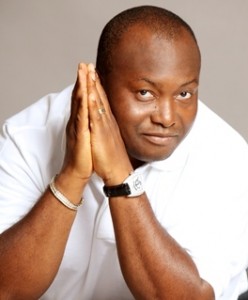 The confusion that followed the takeover of Capital Oil and Gas Industries Ltd by the Asset Management Corporation of Nigeria (AMCON) has been laid to rest with the clarification on the issue by Mustafa Chike-Obi, the Managing Director/CEO of AMCON.

The AMCON MD “AMCON has not taken over Capital Oil but is managing it for a two-year period.” According to Chike-Obi, when Ifeanyi Ubah decided to run for the governorship position of Anambra State, “We gave him two choices; complete breakaway from the company for two years while he runs or he agrees not to leave for two years. He chose to run. So, we will appoint MD, CFO and another ED to run the company. He still owns it, but he cannot write any cheque or sign any money out of the company for two years.”

The clarifications made by Chike-Obi obviously became necessary based on various insinuations that Ubah opted for politics because the business of Capital Oil failed and was seized by AMCON. A legal luminary, Barr. Uchechi Oleka, pointed out that AMCON cannot seize Capital Oil and Gas Industries Ltd because it does not have the statutory powers to do so. According to him, the AMCON Act in Section 6(1) (0), amongst other things, says: “The Corporation shall have powers to give security for any debt, obligation or liability of any company…”

Chike-Obi’s explanation is timely because it sets the record straight on the misinformation that Capital Oil and Gas Industries Ltd is a failed business and that the takeover of any business by AMCON is something extra-ordinary. While it is obvious that the problem of Capital Oil and Gas Industries Ltd began with the non-implementation of a fully deregulated oil regime, the AMCON boss said that without the setting up of AMCON, most of the banks, most of the manufacturing companies, and all the airlines would have folded up.

He cited the case of an airline that is owing AMCON N70 billion but the aircrafts they have are worth about N75 billion. “We could take the aircrafts tomorrow; sell them in order to get our money back. But what will that do to Nigeria? The airline in question does about 65 percent of the domestic air travel,” Mr. Chike-Obi stated.

He added, “In the manufacturing sector, of the 15 biggest manufacturing companies, AMCON is involved in 10 of them. In the downstream petroleum industry, of the 10 biggest depots, we are involved in eight of them. Of the performing loans bought over by AMCON, the first one was Femi Otedola’s N191 billion owed 10 banks. If those loans ever went bad, assuming we ignored them and they went bad, everything we had done would have been wasted because we would have had another banking crisis.”

Reacting to the issue, the Deputy Director Media, Ifeanyi Ubah Campaign Organisation, Emmanuel Chijioke Ibeleme, said, “the furore over whether or not Dr. Ifeanyi Ubah is owing AMCON would not have arisen, in the first instance, If the downstream sector of the oil industry had been totally deregulated. Ifeanyi Ubah had built up the capacity of Capital Oil to a level where for it to effectively service its loans, it must import and distribute much more petroleum products in the country than the current partial deregulation policy would allow it. The insinuation, therefore, that Capital Oil business has failed, and has been seized by AMCON, is unfounded and baseless.”