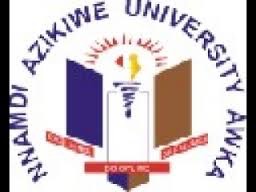 As the present government of retired General Muhammadu Buhari steps into Aso Rock with a pledge to curtail and drastically wipe out corruption in the country, some people are still getting themselves enmeshed in this evil and malevolence act. Although corruption remains the biggest bane of the country’s economic situation having eaten deep into the flesh and blood of top Nigerian politicians and those bestowed with the responsibility of being in charge of strategic cum important portfolios and parastatals in the country, it seems nothing has been done by past administrations ranging from the military regime of late General Murtala Mohammed to the immediate past civilian administration of Dr. Goodluck Jonathan. However, the entrance of Muhammadu Buhari seems to be the hammer that will hit the nail in the head as he has promised Nigerians that he would tackle corruption with the same energy he would use to tackle the dreaded Boko Haram insurgents. This statement from the president looked to have worked as many who were perceived as corrupt during the reign of Goodluck Jonathan have been running from pillar to post seeking for the good eyes of President Buhari. They do not want to risk being jailed by the no-nonsense army general who is still radiating the Old Soldier Never Dies look. It is believed that Buhari might deal with those found wanting by the time he is ready to roll.
In this edition, we scooped from a source close to the Nnamdi Azikiwe University, Awka in Anambra State that the school authority is allegedly involved in a N56 million student’s registration scam. According to the source, few weeks back, the top shots of the institution allegedly asked new intakes of the institution to pay a sum of N6,000 for the registration on the e-portal of the school. Global News gathered that the school authority realised a whopping N56 million from the payment by the ignorant, innocent students. However, the institutions’ Students Union Government (NUG) vehemently kicked against this move by the school’s administrators when they realized that nothing tangible was being done with the huge money. According to the source, the students gave the school authority some period of time to see if some meaningful projects would be embarked upon with the money but when they realized that nothing was being done, they took drastic action. The students, via a peaceful demonstration demanded to know what the money was used for.
When the school authority learnt of this, they called the students union government to a meeting at the school’s senate chambers and it was during the process of the meeting that the Dean, Students Affairs allegedly wanted to slap the SUG president for a false allegation on his person and the school authority at large. However, we also scooped that the SUG president stood his ground despite the senior lecturer’s threat and told him that he and his union members had already petitioned relevant security agencies like the Economic and Financial Crimes Commission (EFCC), The Inspector General of the Police (IGP), The National Universities Commission (NUC) and the Presidency through the Federal Ministry of Education to take up the matter and this further infuriated those involved, knowing that the students leaders have exposed their alleged cans of worms.
Global News also gathered that the Vice President of the student’s union was fingered to be working in alliance with the school authority which has promised to install him as the president whenever they realize their ambition of ousting the incumbent SUG president. It was also alleged that when the students of the institution learnt that the Vice President of the SUG had a relationship with the school authority, they attacked him on campus and stoned him. He was said to have run for his dear life. We gathered that for now, the Vice President of the SUG is nowhere to be found near the school and the brouhaha about the money is still on in the institution. We were also informed that the national chapter of NANS is throwing its weight on the side of the students and their SUG president. They have also given the school authority an ultimatum to clear itself about the money or face the wrath of the law.