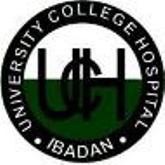 For people who are thinking of going to the popular University College Hospital {UCH} in Ibadan, Oyo State for any kind of treatment, you must have a rethink as news filtering in from the hospital is not only worrisome but also disheartening.
We were reliably informed that the once revered health care centre in the whole of Africa which was said to have been well equipped with all the modern facilities you can think of during former president, Chief Olusegun Obasanjo’s regime has now become a shadow of itself under the watch of the present Chief Medical Director {CMD} Professor Temitope Oluwagbenga Alonge.
As the story goes, many patients who have visited the hospital in recent times have continued to decry the state of the infrastructures there. A typical example is that of the general X Ray unit of the hospital. The unit is said to have gone completely comatose as almost all the X ray machines there have packed up! Helpless patients are now said to be directed to the outpatient unit to have their Xray done and will have to wait for days before getting the result that they should ordinarily get in less than one hour because there are too many patients using the facility at the outpatient unit. Expectedly, if care is not taken at the outpatient unit as well, the overused machines can break down at any time and patients will have no choice than to go to other hospitals for their Xray to be done and bring same back to UCH for treatment.
A staff of UCH who spoke to us under condition of anonymity said the X ray unit is just one out of the various facilities that are either dysfunctional or totally out of order. He said since the emergence of the new CMD, the hospital has taken a turn for the worse as contractors who are mostly his cronies now bring in substandard materials that will work for a while and go bad.
The patients are not the only one at the receiving end of the lingering UCH crisis. Resident doctors too have gone on industrial action for many months now. A communique issued, a copy which was obtained by our correspondent reads in part “On 1st of May, 2015, the Association of Resident Doctors {ARD} embarked on an indefinite strike action following breakdown of over 17-month negotiation between her and the management of the university college hospital over some injustices meted on her members.”
According to ARD, one of the injustices meted out to them includes the dilapidated infrastructures in their call rooms, a situation which necessitated doctors to now stay in their cars during call duties rather than staying in the call rooms which they said is not befitting of animals let alone human beings.
Also mentioned are delayed promotions, non-payment of promotion arrears, casualisation and non-promotion of medical officers, non-implementation of the federal government directive on skipping amongst other vices.
The CMD who was once a resident doctor was not only accused of high-handedness by the doctors, he was also accused of his usual divide and rule tactics which is so far known to be ineffective.
At this juncture, it is not known what the result of the crisis in UCH will be because rather than fixing the dilapidated structures and finding a lasting solution to the industrial action of the ARD in the interest of the well-being of the populace, the CMD who has been accused several times of lackadaisical attitude to the issue on ground is said to be going about intimidating people and boasting about the renewal of his term which will make him spend another four years in office.
Without doubt, this unending crisis has led to the death of many patients who were not fortunate enough to receive adequate and prompt but expensive treatment in private hospitals.
Although out of magnanimity, the ARD have made efforts to ensure that their members are available at the intensive care unit {ICU} and special care baby unit {SCBU} for emergencies, these are just two out of numerous units where members of the ARD are expected to work.
We were reliably informed that although ex-President Olusegun Obasanjo and other stakeholders are said to have waded into the lingering crisis thereby necessitating the doctors to suspend the strike “for now” while further negotiations continue, the resident doctors have made their intention to continue to fight for their right known.
All efforts to hear from the man at the centre of this controversy, Professor Alonge has met brick wall as an SMS sent to him from our office to clear the air on the issue was ignored!