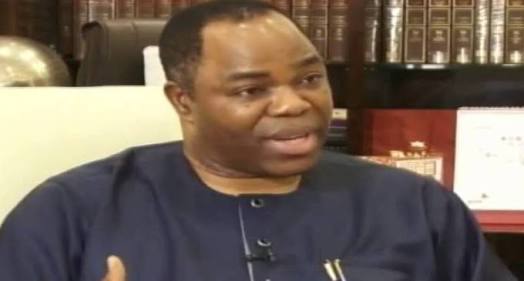 Former Chairman of Skye Bank, and the key promoter of NATCOM, the owners of ntel, Dr Olatunde Ayeni, has cleared the air on his recent encounter with the officials of the Economic and Financial Crimes Commission, describing as total false, the claim by many online publication, particularly Sahara Reporters, that he was arrested and detained over an alleged 1 billion Naira bribe to a former Minister of Federal Capital Territory over a land deal.

An online newspaper, Sahara Reporters had reported Friday evening that Ayeni was arrested and detained by EFCC over allegations that he bribed a former minister of the Federal Capital Territory (FCT), Bala Mohammed, to acquire 54 plots of land in Abuja, the Nigerian capital. Some other online publications reposted the Sahara report on their platforms.

But Ademola Adedoyin, Special Adviser, Corporate Communications Adviser to the billionaire businessman disputed the story of SaharaReporters. “Dr Ayeni was invited by the officials of EFCC in his capacity as the Chairman of Aso Loans and Savings Limited, an Abuja based financial company. The company is just one of the several that has Mr Ayeni as chairman”.

Adedoyin said further :” Immediately after the session, Mr Ayeni left the EFCC office. Contrary to the report, it was not a Tunde Ayeni thing. It was an institutional transaction. And i can assure you that whatever the issues are have been trashed out between EFCC and Aso Savings.

” Dr Ayeni is a responsible citizen of Nigeria who has contributed, and will continue to contribute to the development of Nigeria in his chosen areas of business- finance, real estate, oil and gas, and security. He has not less than 5000 Nigerians working and earning decent living through his companies.

It is therefore not fair for a medium to carry such untrue story that can jeopardize the fortune of several companies, and cause unemployment for the workers. While Ayeni is working hard in the system to help government solve challenges that the economy of the country is facing, some people still find it convenient to engage in their pull me down syndrome. Contrary to the Sahara Reporters false report, no former First Lady has any shares or stakes, directly or through proxy, in Dr Ayeni’s business concerns.

I will like to tell Nigerians that these times call for all hands to be at work to move Nigeria forward, not that we should be pulling people down”.